First thing’s first: I have sorted out the way the aspect ratio option works. No more squished kitty! You’d think that’d be a pretty easy option to figure out, and it ultimately was, but I also wasn’t really ready to have to use the arrow keys to adjust it instead of, you know, my mouse cursor.

This seems to be a running theme of my time in Final Fantasy XI: running headfirst into the old way this game does things. Again, I have been here before, but on a PlayStation 2 and years ago. There are still things to learn and acclimate to.

Which, incidentally, leads into this weekend’s assignment: Records of Eminence. The fact that I even knew about this portion of the game’s content is because I had read that official guide, and finding the NPC that started it all was just not really made plain to me. Still, I found the NPC in question, enjoyed her banter, and opened up that portion of the quest log. 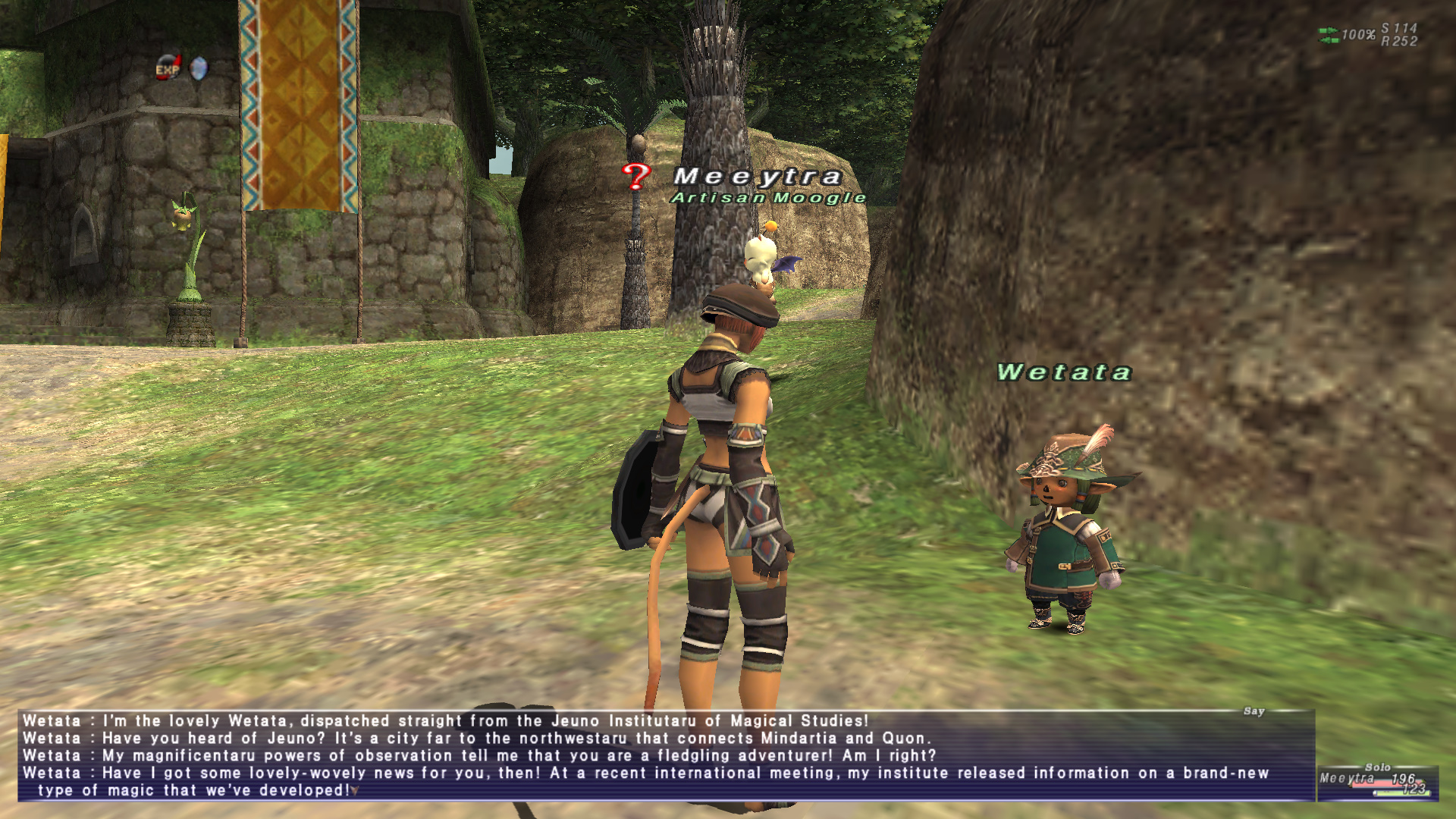 Later, I also went off in the general direction of the NPC that would open up the Trust system, but before then I was confronted with a surprise: Shantotto doing her usual villainous thing. Again, perhaps it’s been so long that I don’t immediately remember her deciding to lay siege to Vana’diel as the starter of her own nation – like I said, it’s been years – but I feel like this whole storyline would have stuck out to me. Especially since it just sort of was thrown in my face when I was heading somewhere to do something else entirely different.

Still, I kept to the assignment as told by the polls, got my Trust character (a sassy little white mage), and headed out into the wilds of Sarutabaruta and the canyon towards the north to find some harder fights, especially “vermin,” since that was one of the Records objectives. Which ended up being a lot more challenging than I expected since I’ve been earning levels willy-nilly.

The Trust system worked pretty much how I expected it to on the tin, as it gave me a companion who just fought alongside me, cast debuffs, occasionally threw out a heal, and otherwise whomped enemies with her hammer. Truth be told, it was more like I was a companion for her, since she was doing so much more stuff than me. 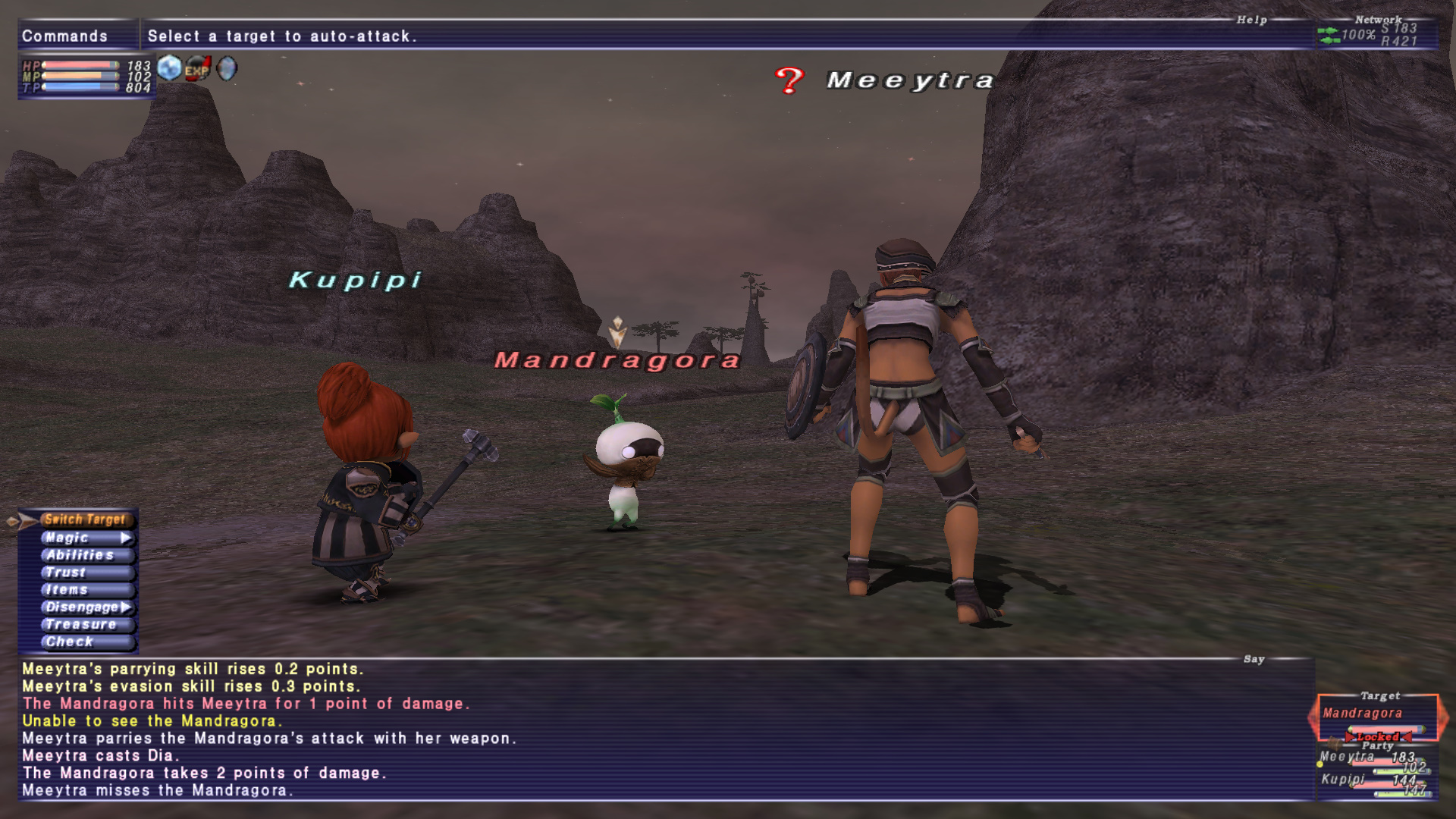 Of course, that’s owing to me still wearing my racial gear. I recognize my kit is out of date, but I also seem to be earning levels so fast that I would outlevel my stuff in pretty short order, which is kind of wasted money in my view. Also, the number of spells I can learn is pretty impressive, but the auction house held almost none of them available. I have to assume that both armor, weapons, and spells can be bought from anywhere else, and I’ll find out where.

That does kind of assumes that I’m not brought to literal sleep by playing FFXI, though.

Once again, I repeat, the way combat works in this game is not new to me, so I knew what to expect going in, but at the same time I was put to sleep by chasing the Records of Eminence objectives granted to me at the interim. I assume that they maybe get a little spicier as time wears on, but running around the open world and watching my pocket murder Tarutaru molly whop things while I occasionally threw out a Wasp Sting or Gust Slash didn’t really engage my interest.

Also, it’s been a very long week at my second job. And to be fair to this game, I had been put to sleep by playing a far more active game before when I’ve been this tired. 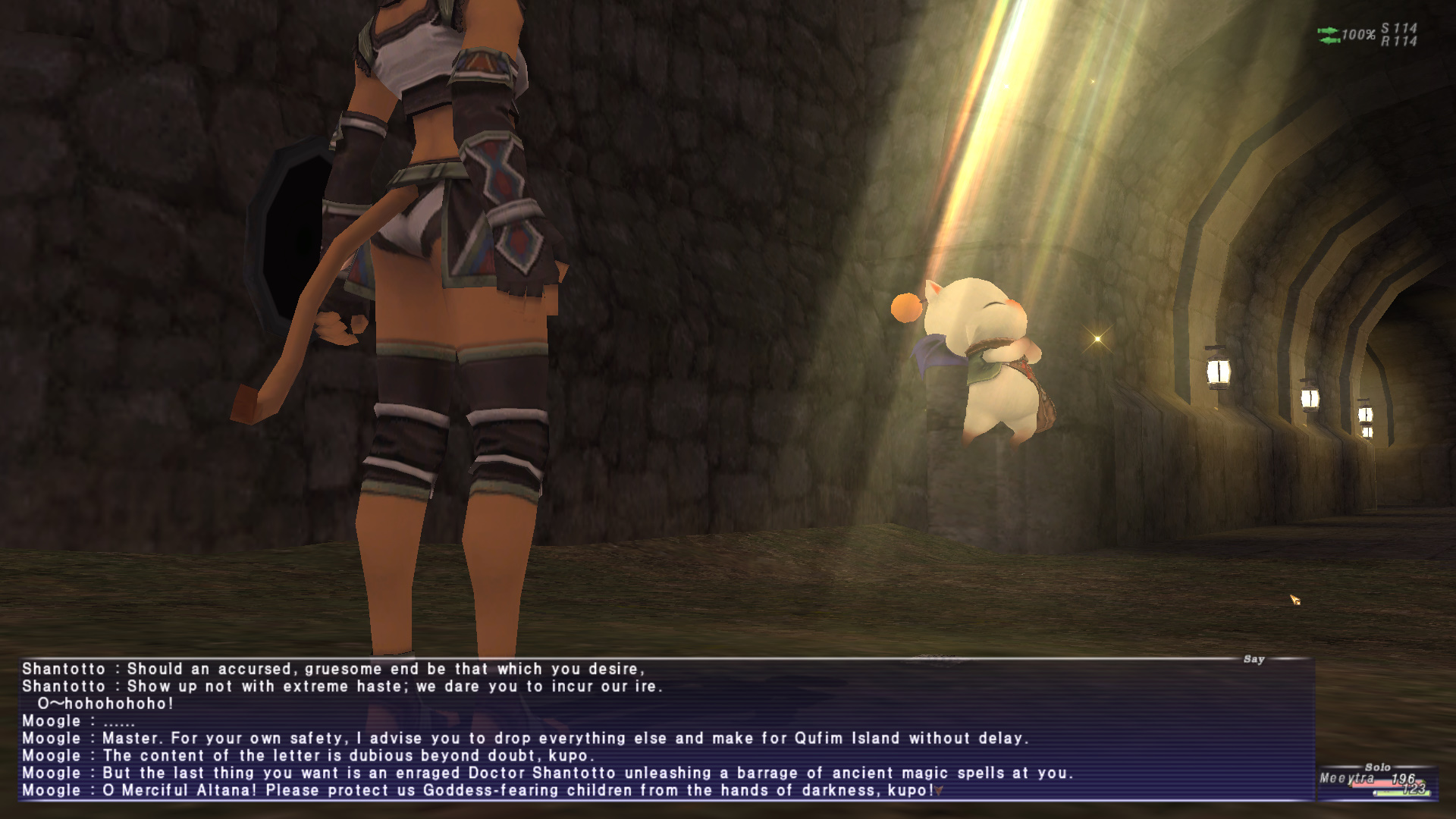 All of this is to say that I maybe am a little bit out of my depth here in Vana’diel. I’m both wrestling with this game’s archaic design and its insistence to not tell me what to do, my own aggravation at my inadequacies that are particularly galling since I’ve played this game before, and just overall exhaustion on scales that enter microscopic levels of depth.

It all makes me wonder whether or not this kind of classic experience jives with me anymore. I get the impression that modern sensibilities have “dulled” me to the way a game like FFXI operates. Have modern games assumed I’m stupider? Are they right? Or is this game just designed so poorly that entering it brand-new is just a recipe for disaster, even for someone who has spent years in-game a long while ago?

I’m not sure, but I’m going to at least keep trying a bit longer. And I’ll be enlisting some help. Basically, Eliot, if you’re reading this, I apologize in advance for all of my whining and dumb questions.

The objectives set by the past week’s polls will still stand, as I don’t think I’ve really gotten a deeper feel for what the Records of Eminence have in store, so this week’s polling will kind of be looking a bit further down the field. Again, I’m kind of shooting blind in terms of what focus I should be taking on (I was informed that ROE and the other hunt system are kind of requirements at this point, as well as work hand-in-hand), so consider poll question one a general suggestion, bar information that lets me know that my individual choices are once again work in concert.

What quests should I focus on?

The second poll is kind of a random one, I’ll admit, but I suppose it’s a fair enough question to ask as any: control scheme. This game is, very clearly, designed for console, particularly in its controls, as the PC version feels a bit tacked-on. So that led me to a question to ask: Should I continue to get comfortable with a keyboard and mouse, or should I just give up and grab my gamepad?

Should I switch out control schemes? 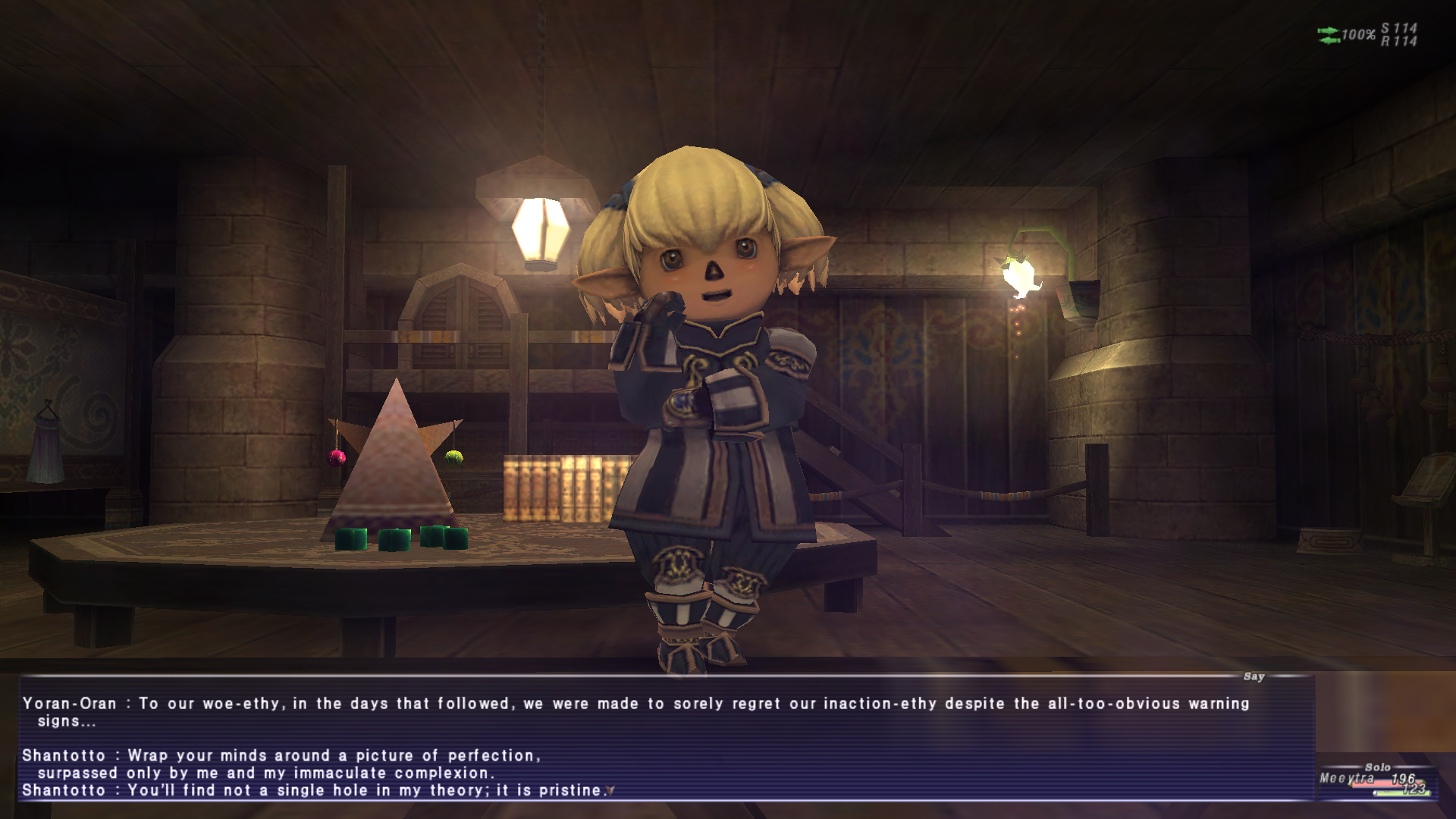 Polling will once more wrap up at 1:00 p.m. EDT this coming Friday, June 10th. I’m not quite beaten by this game yet, but I’d also be lying if I’m not starting to feel kind of steamrolled. At the very least, this experience so far has given me a lot to ponder.