Well. This has been a journey. I wasn’t really expecting my return trip to Final Fantasy XI to be all sunshine, rainbows, and easy street, but I also was clearly not prepared for the wall that would be in my way, like the parapets of an old castle from ages long ago that still manage to stand tall and sturdy somehow.

The assignment, as instructed by the poll responses, was to head to the east in the direction of the Buburimu Peninsula, where I was immediately greeted by a bird that came up as “tough” when I pulled a check on it even at near-20. Still, I had my pocket white mage Trust character at my side, so I decided to take the plunge, and while it wasn’t a particularly strong fight, we still came out victorious regardless.

This is, admittedly, a testament to the Trust system as a whole, a mechanic that I had never personally experienced before now. I can’t really even begin to imagine how hard it must have been for the devs of FFXI to shoehorn in this whole thing into a game this old, let alone get it to work incredibly well. I was a bit worried about not being able to really issue commands to Kupipi, but my fears were unfounded; she handled herself extremely well. 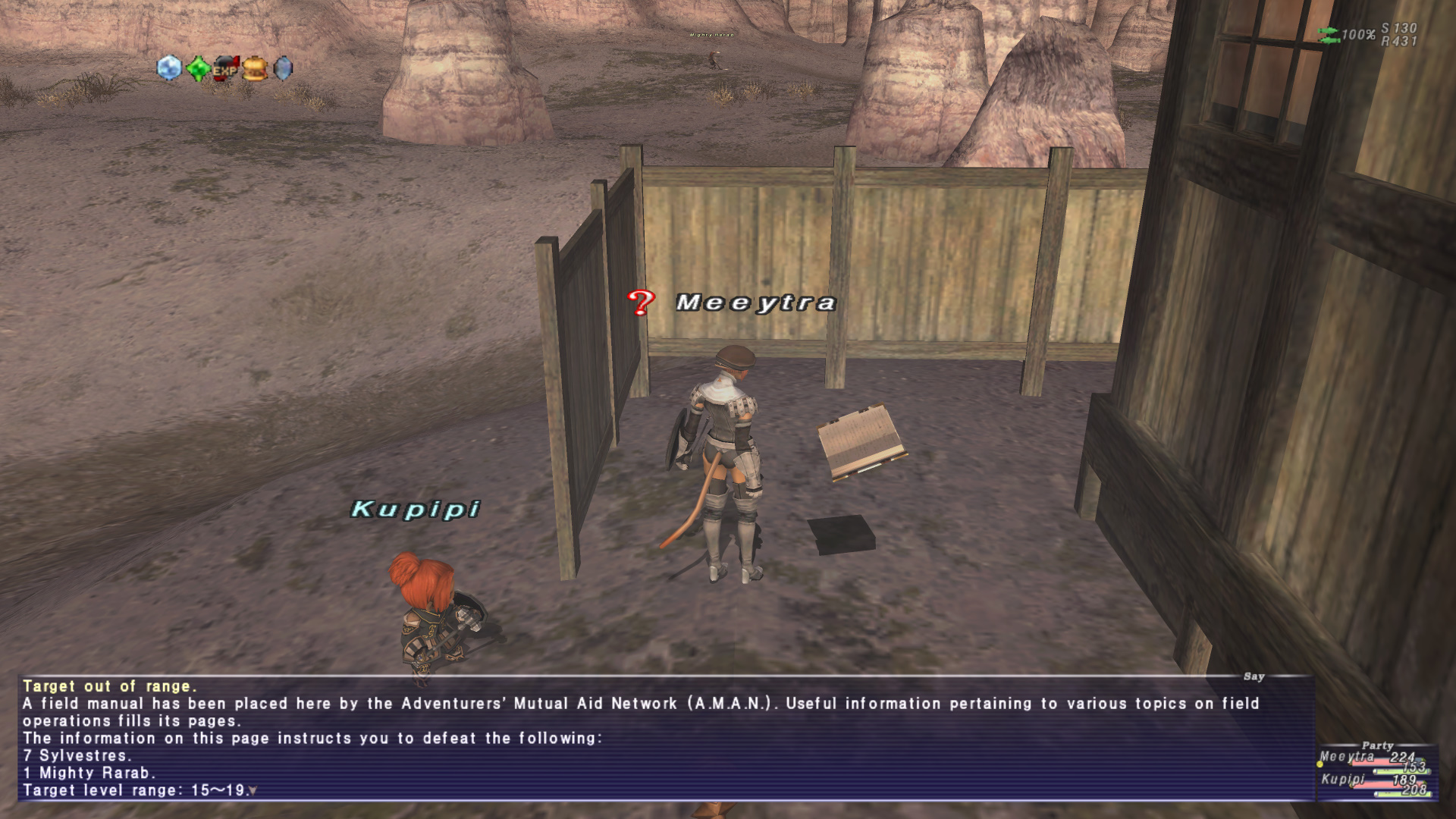 The rest of my time pretty much kept me in the peninsula, roaming around for things to fight in the interest of getting more sparks and earning more levels, and as far as those goals are concerned, they absolutely were handled perfectly here. With the help of my Tarutaru companion, a little “kill X” side-quest handed to me by a floating book at an outpost, and the XP boosting from the items I had, I was moving up the levels, taking down foes, and making my merry way along.

I even managed to find some pretty good gear out of the treasure chests that I unlocked, even though it made me ultimately look like a pantsless desert nomad who lived for no other reason than to fight everything.

Of course, it all had to go wrong at some point. I managed to find myself in the middle of an area where goblin enemies spawned almost right on top of my head (or at least close enough for aggro range). Following an ill-aimed spell at an otherwise docile bird thanks to FFXI’s kind of jank targeting, I ultimately met my end out in the white rocky region. It was at this point, after that many hours, that I finally uninstalled the game. 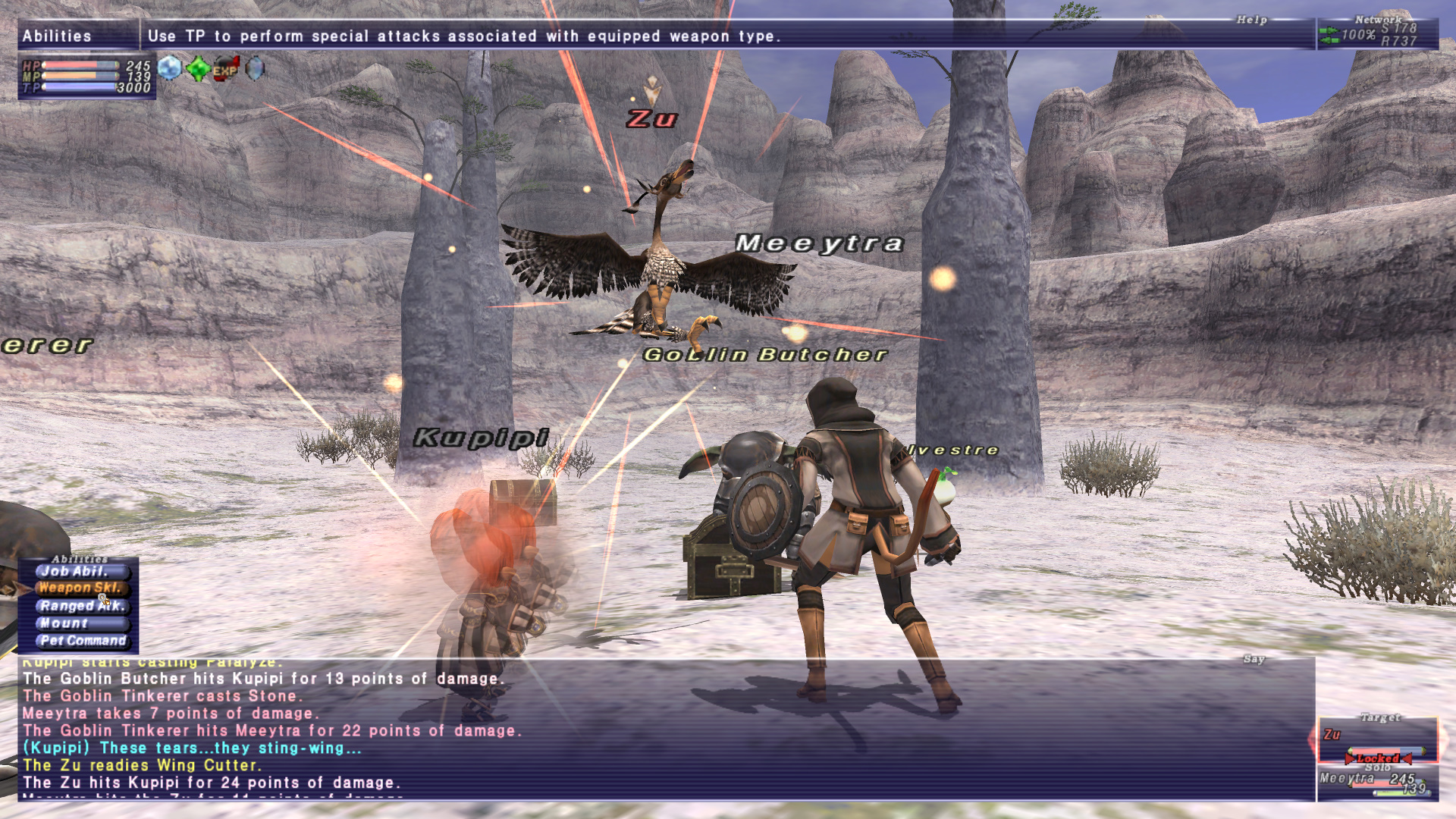 I sort of had a worry that this sort of thing was going to happen, honestly – that Final Fantasy XI was going to be unkind to my memories and put a light on the lie that I’ve still got my old school MMORPG chops. It’s very obvious now that there’s much about this game that I cannot jibe with even though it carried me through some of my worst and best times when I was playing it on my PS2. Despite the fact that FFXI carried me through some depressive episodes and unemployment, brought me some great moments of personal achievement, and even introduced me to someone who would eventually become a girlfriend, all of that was in the past.

If this is reading kind of familiar, then thank you for paying attention to my feelings about City of Heroes a few weeks back. This return trip to this other game of my distant MMORPG-playing past has solidified that the “good old days” maybe weren’t as good as I remember them. Or perhaps I’ve gotten much more comfortable with modern MMORPG design and mechanics. Maybe a bit of both. 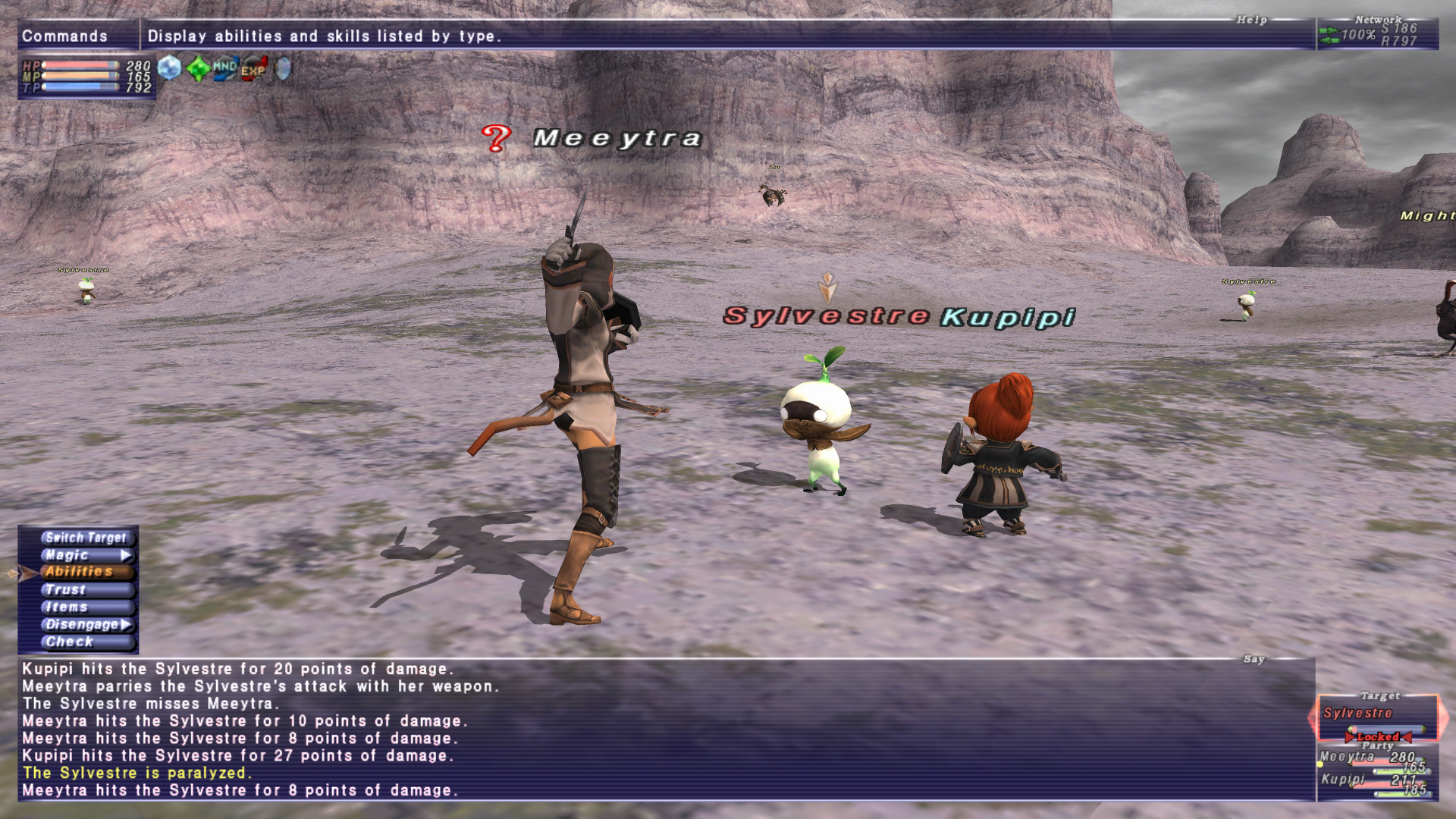 That doesn’t mean I completely hated my return to FFXI, though. I can’t really say that I enjoyed myself fully, but I also found myself uninstalling the game not out of anger but as a sort of mental closing of a book. Chapters written in trips to SWG and CoH are now finished with my homecoming to Vana’diel, and I’ve kind of made a measure of peace with the fact that this sort of game just isn’t my thing anymore. Times have changed. Designs have changed. For the better, in my opinion. For the most part, anyway; I admit I’m painting with a pretty general brush here and there are a lot of arguments one can make about how the new way is worse.

So having come to grips with the fact that I’m looking forward instead of back, does that mean my feelings on games preservation – especially for MMOs – has changed? Not really. If anything, it’s probably strengthened my position.

Games like FFXI deserve to live on, remain playable, and serve their fans not only to keep those fans in a comfortable place, but to mark the miles MMO game development has charted. It’s important to be allowed the opportunity to recall what a game meant to you at a certain point in your life and maybe feed that nostalgia, even if only briefly. And for those who never experienced an older MMO firsthand (like I did with SWG), it’s a way to recognize that what’s being done now really isn’t all about studios losing vision or the genre’s eventual heat death. FFXI deserves to be a sort of interactive museum exhibit. And it deserves to be in my memories.

I’ll always have a place cut out in my heart for FFXI, but it’s no longer as integral to my life as it once was. And as rough as this all was to experience, I’m still glad I made the journey. Which is a very, very long-winded way of saying, “Thanks for the memories, Vana’diel.” 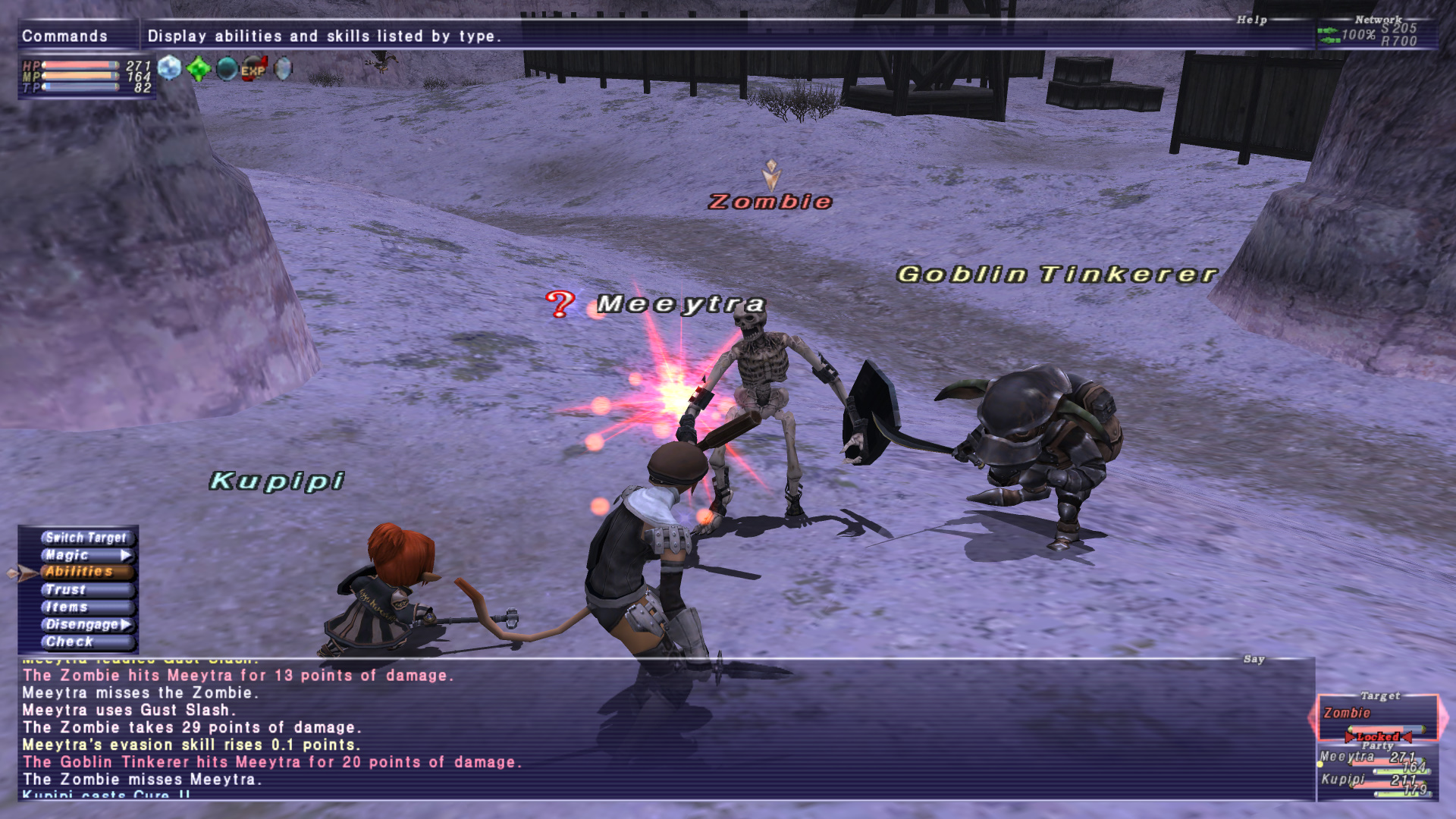 Speaking of looking ahead, I think next month’s game is V Rising, and I’m honestly a little bit worried about how this one will go. Still, nothing ventured, nothing gained, and I’d like to give this one a more earnest shot. So, with that in mind, here’s just the one poll question to answer for the time being: Whether I should continue on with the character I made for a recent stream, or if I should take that initial knowledge and apply that in a fresh run.

Should I start afresh or press on with the original character in V Rising?

As always, polling will wrap up at 1:00 p.m. EDT this coming Friday, June 24th. Until then, I’m going to play the newer Final Fantasy MMORPG. Because that’s my home now, and it’s how far I’ve come.