Your winter holiday present this year from New World is… a roadmap! No, really, an actual roadmap! Yes, the roadmap is covered in a little more detail in the latest video dispatch from the team, but it’s right there for you to look at in glorious graphical format. And it promises cosmetic gear changes and a new elite trial against a sandworm in the summer, following an Empyrean Forge expedition and gear set storage in the spring. Can you see it? It’s so glorious. They should have sent a poet.

Of course, before spring of 2023 comes winter of right the heck now, and that means improvements to Winter Convergence, like pitting players against a new foe called the Winter Warrior. (Very festive.) There are also improvements coming to territory control like cooldowns to switching companies, preventing some degenerate behavior. You can read everything on the official site, check out the video just below, or just ignore all of that to stroke your monitor and coo at the sight of a roadmap. 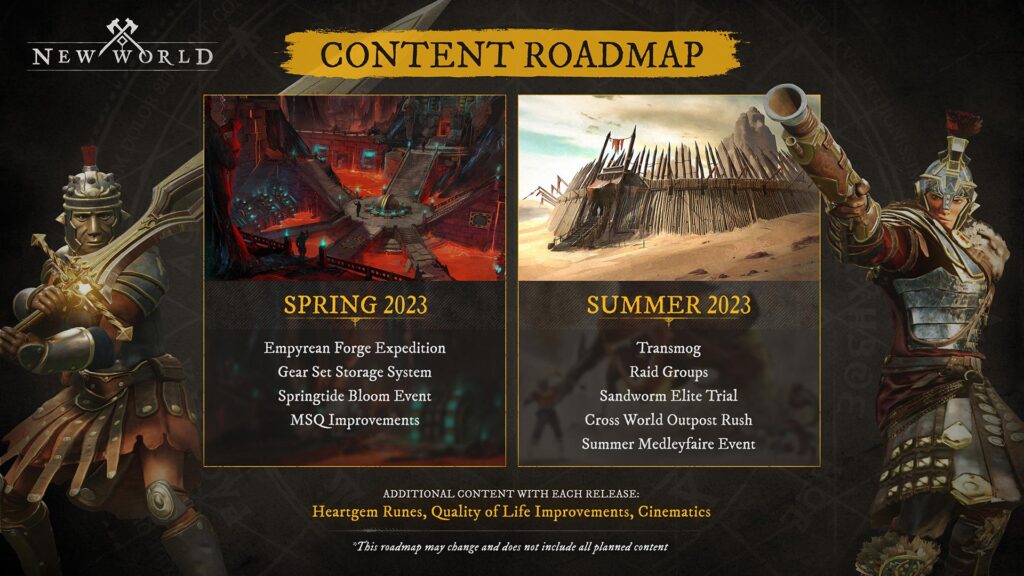