Just a few days ago, we refreshed your memory on The Day Before, a survival MMO that was supposed to be releasing raw gameplay footage by the end of January, with a launch set for March. Neither of those things appears to be happening now, as the game vanished from the Steam store last night, leading players to assume some sort of nefarious scheme.

The “private individual” appears to be a South Korean named Sun Jae Lee; it’s his only trademark in the US, though he has multiple patents for battery-related tech too. His first application date for The Day Before mark, we note, was actually May 21st, 2021 – over half a year before FNTASTIC’s announcement. But it wasn’t finalized until later last year.

As a result of the dispute, FNTASTIC says it must delay its launch from March to November – there’s no real explanation for the selection of that date – and that it must consult with attorneys before releasing the footage it promised. It’s unclear why the game’s name can’t just be changed so development and release can proceed, given that it’s not exactly a memorable name for a video game to begin with. Eurogamer further points out that the developers’ comments about “[releasing] the best possible game” and “[delivering] the best game possible” suggest that there’s a lot more going on than a legal dispute as it sounds more like development issues than trademark problems. 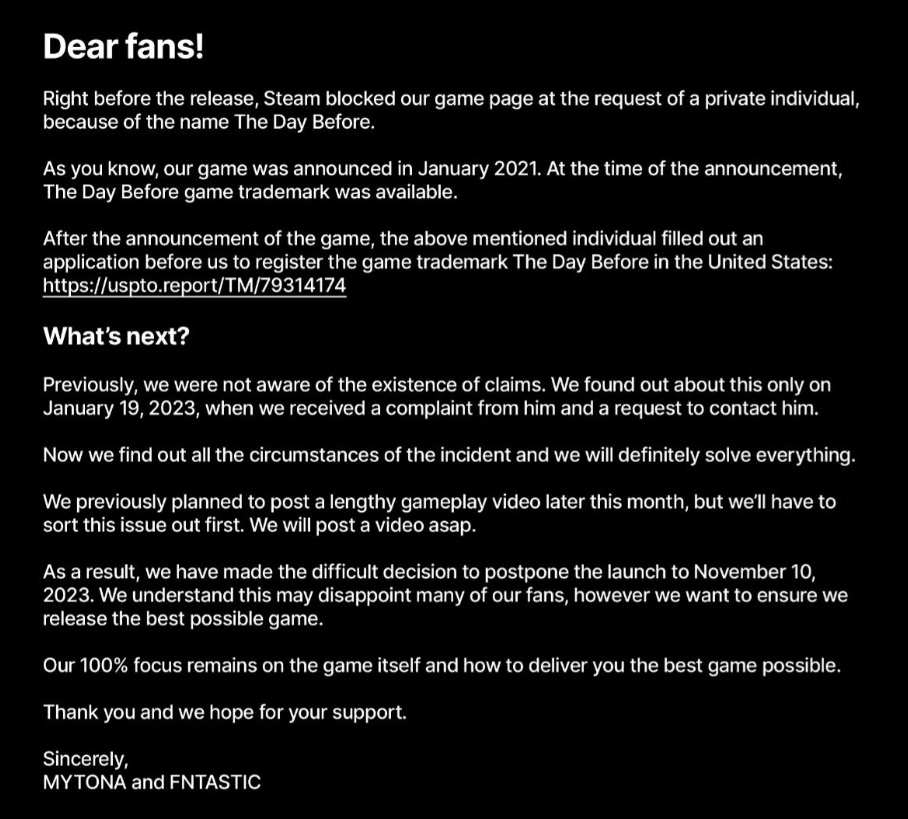 Needless to say, the game’s Discord, Steam forums, and social media are a mess right now as there’s a lot of disbelief about the real rationale for the massive delay.