END_OF_DOCUMENT_TOKEN_TO_BE_REPLACED

The purpose of magical damage in Final Fantasy XIV is to ruin everything. Really. You get a huge group of enemies together, and then you ruin them with a barrage of magical forces. Not literally using Ruin most of the time, that works its way into your rotation but isn’t a mandatory thing at all times. Though it’s pretty important for Summoners, I know. Mostly as a filler.

Just as ranged DPS and melee DPS has a niche in the game, magical DPS has its niche, and while Summoner was originally sold as a bit more of a debuffer than simply a DPS with a heavy damage-over-time element, we’re here now. So to round out the previous columns on the DPS jobs in the game, let’s take a look at the two damage-dealing casters in all of their glory. Mind the explosions, those show up a lot. Also mind the damage fields. It’s sort of their thing. 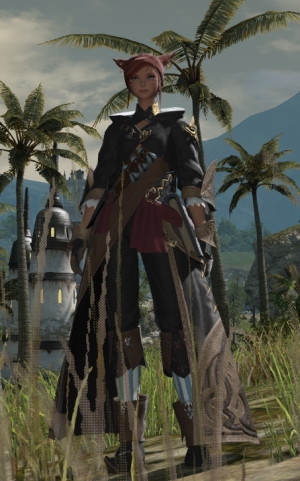 I’m not a huge fan of Black Mages as a series-wide thing; I generally find melee classes more interesting. But the job kind of got a raw deal in FFXIV simply because one of its usual big gimmicks isn’t present.

In most of the franchise, elemental weaknesses are big. They’re important. And for many characters, they’re difficult-to-impossible to hit; it wasn’t until more recent games that you would usually have melee abilities that could hit some major weakness or another. However, for a variety of reasons, elemental weaknesses are not a thing in Final Fantasy XIV. This means that instead of opening up with every sort of elemental damage, Black Mages are limited to fire, ice, and thunder in their damage rotations, rather than tailoring damage spells specifically to whatever a given enemy is weak against. No more wiping out screens of minions with a low-level Thunder spell because they happen to be weak too it any longer.

Still, I can’t say that the class doesn’t get to have its fun mechanically just the same. Black Mages have what amounts to a perpetual pool of MP, forever emptying and refilling as the job juggles Astral Fire and Umbral Ice. The former increases damage and MP cost, the latter decreases damage whilst massively speeding up MP regeneration. Add a few more abilities designed to make optimal use of those tricks and really set the battlefield aflame, and you have a pretty solid caster DPS with a spiffy mechanic. I like that the class does require MP even whilst having a practically bottomless supply, and dealing damage becomes a matter of mastering cycles and making the most of both halves.

Niftiest Ability: There are a bunch of obvious candidates, but I’m going to be a bit contrary and say that the niftiest single ability for the job is Sharpcast — not because it’s the most powerful or the most vital, but because it turns one of the few random elements of the class into something you can actually plan around and use offensively instead of simply hoping it happens. A close runner-up is Enochian and its complex interplay with the existing Black Mage rotation, but Sharpcast hits me with a particular affection.

Lamest Ability: Surecast. Yes, it has usage in corner cases, but by and large it’s a cooldown that no one remembers or thinks about outside of those rare corner cases, and it’s not even super-useful in those situations. Like Awareness for Paladin, it’s a tool so specialized you rarely have need of it.

Biggest Weakness: Mobility is an issue with any job that has cast times, but Black Mage has longer cast times than anyone and requires them for almost every single ability. Outside of procs, Swiftcast, and Scathe, the job has nothing it can do while moving – and the new abilities in Heavensward play up that particular weakness. That’s pretty much the iconic weakness of the job, at that. Lots of great area damage when stationary, but you need to be standing in one place the whole time. 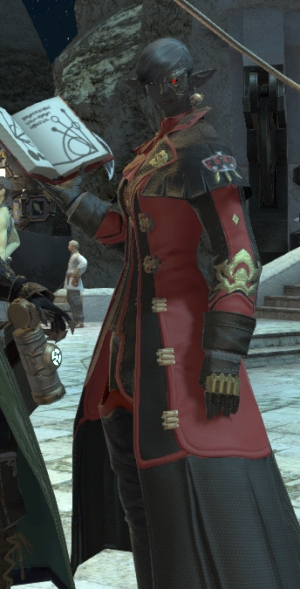 You know, every single job has changed in the expansion, but none so much as Summoner. It’s gone from being almost unplayed to being ubiquitous, but more importantly its playstyle has changed completely from being “DoT and forget” to apparently stealing the EX mode mechanic from Dissidia. (Or so I’m told by someone more familiar with Dissidia.)

Summoner was always making heavy use of Aetherflow, of course, but by adding in the new Aethertrail Attunement mechanics, the rotation has changed significantly. You build up your Attunement whilst spreading damage effects around, then burst into Dreadwyrm Trance, unleashing powerful direct damage (and quite possibly re-applying more potent versions of those DoT effects) before finishing off with a Deathflare. Much like Black Mage, the class now moves between two states depending on buffs and duration of same; unlike Black Mage, the shift isn’t so much about rebuilding MP after a burn phase as it is about completely changing playstyle and casting options.

It still serves as a useful supplement to Black Mage’s use of similar mechanics, though. Yes, Virginia, caster DPS has a unified identity of a sort now! Hooray.

Niftiest Ability: Deathflare, inevitably. It’s not that it’s a big AoE damage bomb, which by itself is cool but not fully nifty; the same trick is present in lots of jobs. No, what makes it nifty is that it nicely sidesteps the obvious issues of making Bahamut a summonable pet by allowing Summoner access to his abilities without compromising the core of the class. While there are always going to be limitations on what can be done with different pets, taking a sort of middle road and summoning the creature into yourself really makes the attack seem that much cooler.

Lamest Ability: Tri-Bind. Originally named Tri-Disaster, this is one of the only abilities I can think of that underwent a name change simply because the ability sounded too cool for the uselessness of its effect. While there are corner cases that make it worthwhile, most of the time it just isn’t, and it just sort of… exists.

Biggest Weakness: My roommate, during our runs, will often ask me or my wife to hasten the next pull so she can maintain her Aethertrail stacks. Black Mages can pick back up if they lose Astral Fire or Umbral Ice, but a Summoner losing stacks is going to be in a rough spot until Aetherflow cools down and the process can start over. The job also still has trouble dealing fast and direct damage to something – it has great DPS on a whole, but “kill this target quickly” or “kill these targets quickly” both present major issues for a job focused on the slow burn.

As always, feedback is welcome in the comments down below or via mail to eliot@massivelop.com. Next time around, I want to talk in a bit more detail about abilities, cross-class systems, and what could be done to make jobs feel less restrictive than they currently do.

usagizero 1 is so many more choices?

I… what? Are we playing the same game here?
SMN’s have incredibly strong single target burst (akin to a Goon burst combo) We’re talking 1400+ single target sustained/ 2k single target burst. Those are NOT insignificant numbers. SMN’s are the also the current reigning kings & queens of AOE dps. I’ve seen pack pulls in A1/2 in excess of 3K+ dps (sans foe).
I would say that the primary difference between a BLM and SMN right now is a BLM is a lot easier to play. You can run into an Ex-primal or an Alex, half-awake, with a basic understanding of mechanics, screw up all your rotations, and still pull decent numbers. As a SMN, you have a slightly higher degree of micro-management involved with maintaining those big numbers, much of which involves manually controlling your pet, (the downside being XIV’s pet control scheme is completely awful).
This isn’t meant as a dig, either, just that it kind of sounds like you don’t PVP, at least based on your write-up/dismissal of ‘Surecast’ and ‘Tri-Bind’. While both of those spells ~ARE~ utility/situational (as you stated above), they are actually SUPER POWERFUL, especially when strategically paired with other classes, say, a caster or BRD/MCH adrenaline rush. They contribute to situations like “we just wiped an entire team” or “there are 5 S-rank SMN’s with battle-high cruising around murdering everyone”. Its part of the reason that at the end of a match, all the SMN’s are all sitting there with 200k more damage done than the next person on the scoreboard ^__^. Being able to CC a huge crowd of folks and then nuke them to hell and back does wonders for your dps.
I would highly reccomend that, If you are playing on PC, you should probably start running ACT (damage meters). Beyond giving you a better idea of how good (or bad, lol) you’re doing,  you’ll be surprised at just how much dps SMN’s can actually poop out VS a BLM. A well played SMN will make your bowtie spin so fast you’ll fly off into the sunset.
Want a concrete example with the numbers to back it up? Here’s a SMN POV of A3 savage with damage parse included:

Summoner really needs to be able to use cleric stance. Then I could actually play one at least semi reasonably since I main scholar.

xania My rule as a tank is that if someone else is pulling, they want to tank and I’m not going to argue with them.

So, hope those Aethertrail stacks let you kill it before it kills you. :)

Dope_Danny You’re right they don’t play like the iconic characters of previous FFs, but it’s because XIV’s jobs are far more complex. Which is sort of necessary when you’re only playing one character rather than a whole party.