END_OF_DOCUMENT_TOKEN_TO_BE_REPLACED
While EVE Online is typically thought of as a cutthroat PvP game, players spend a substantial amount of time engaged in PvE activities such as missions, exploration, and farming nullsec anomalies. At last year’s EVE Vegas event, we heard about CCP’s ambitious long-term vision for PvE that included ideas such as procedural content and NPC ships flying around and acting like players. This weekend at EVE Vegas 2016, we learned that an impressive part of this vision will actually be going live in the Ascension expansion with the introduction of NPC mining operations.

Starting with the Ascension expansion on November 15th, several NPC corporations will begin mining in the asteroid belts throughout New Eden. These groups have been modeled on real player-run mining ops and will feature NPCs mining real ore and haulers collecting it, but they aren’t just new NPCs to blow up. If you attack the mining ops or have low standings with the corporation or faction that owns them, they’ll dispatch a combat wing to take you out. Critically, all of the ships in these groups (including the combat ships) will be flying actual EVE ships with real fittings modeled on player-made ship setups.

Read on for a brief breakdown of the new PvE feature, what it means for PvE, and how it bridges the gap between PvE and PvP.

This new PvE feature is built on top of the advanced AI developed for the Drifter NPCs in EVE, which can do things like actually following players in warp and responding based on standings. Mining operations will undock from the outposts of several NPC mining corporations throughout high, low, and null security space, and the ships will then warp between asteroid belts looking for valuable ore to mine. The miners will actually deplete the ore in asteroids just like players would, which they will periodically eject for a hauler to come and pick up.

How you interact with these mining ops is entirely up to you; You can steal their ore, attack the haulers when they come to pick it up, or even jump into the belt and mine with them for safety. If a player with negative standing or security rating warps into the belt or anyone attacks the miners, the miners will attempt to warp out and a combat wing will be dispatched that will attempt to chase the attacker out of the star system. The groups will have dedicated electronic warfare ships, remote repair ships, tacklers, and damage dealers just like a player gang, and they’ll even elect a fleet commander to anchor on. 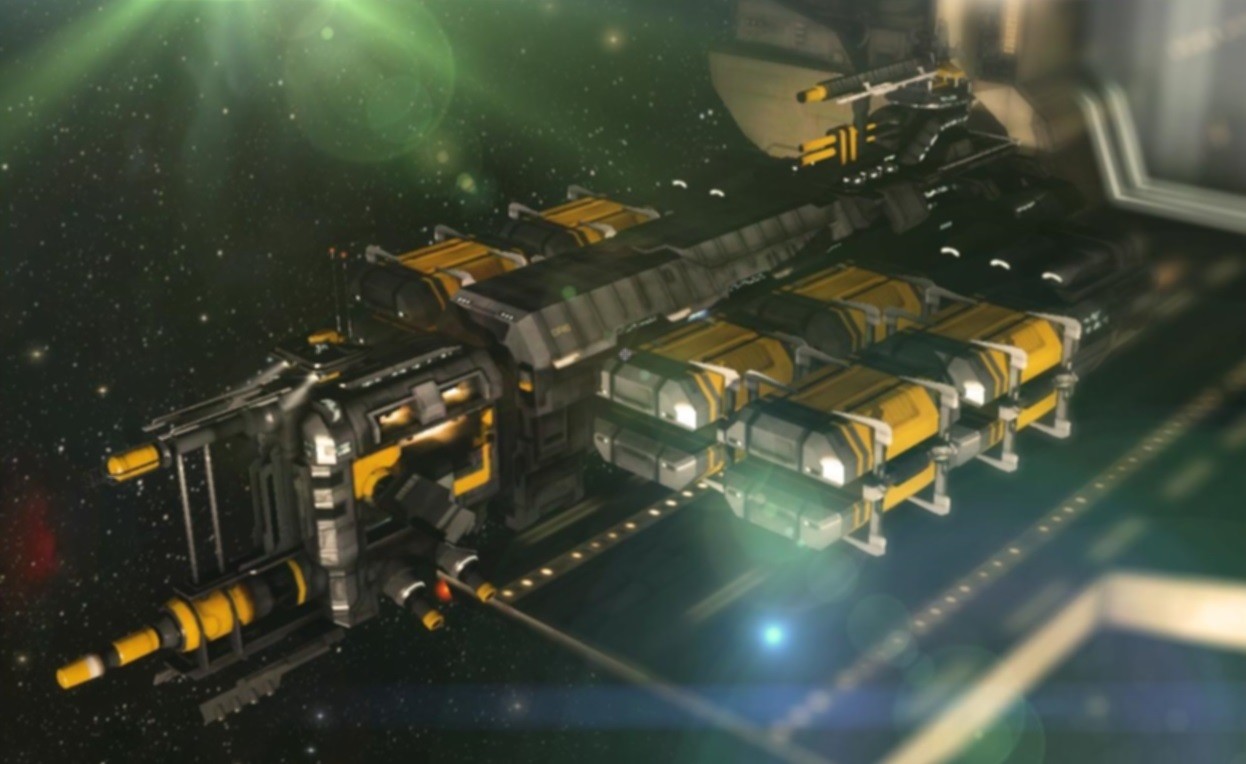 This new form of PvE is a huge departure from EVE‘s classic PvE gameplay in which NPCs have set offensive and defensive capabilities that can be wildly different to a player ship of the same class. As these ships are designed to function and act like players, you’ll need to be PvP-fit and have a warp scrambler in order to take them down. This has the potential to form a bridge between group PvE and PvP, and gives players a safer place to practice PvP strategies and communication before diving into PvP.

Potential future plans for this feature include NPCs changing their strategies on a global scale in response to player actions, and possibly even NPCs coming to your defense if you have high enough standings with their corporation. CCP was careful to clarify that these ideas for the future aren’t set in stone, but the NPC mining operations coming in Ascension could be the first taste of a real PvE revolution.

Disclosure: In accordance with Massively OP’s ethics policy, we must disclose that CCP paid for our writer’s travel, accommodation, and ticket for this event along with several other members of the gaming press. CCP has neither requested nor been granted any control or influence over our coverage of the event, and the writer is paid exclusively by Massively OP for this work. I, for one, welcome our new NPC overlords!
Advertisement

MMO Week in Review: Everything Endwalker

World of Warcraft continues to clean up its act with surgical...