Albion Online Game Designer Michael Schwahn has a long-form dev recap out that should satisfy both the visual and auditory learners out there in our audience as it comes in both YouTube and blog flavors.

Schwahn focuses on combat specifically, explaining that while crafting and the economy feed back into the game’s combat core, gathering had been left in the dust. “To change this and give the gatherers the love they deserve, we are introducing new equipment that can only be unlocked purely by gathering,” he says. “Each resource type will have its own equipment set consisting of four pieces: helmet, armor, shoes and a backpack. That is a total of 20 new pieces gatherer gear!”

So there you go, combat gear for picking flowers. I can hear the wolf rage already.

“Tanks are the main victim of the current Meta, as they are nearly useless on the battlefield aside from a few specific builds. To bring them back into the game, we are giving them better Crowd Control (CC) options, as well as reducing the CC resistance of Cloth users. We are also looking at spells on typical tank weapons, in order to make them more viable.” 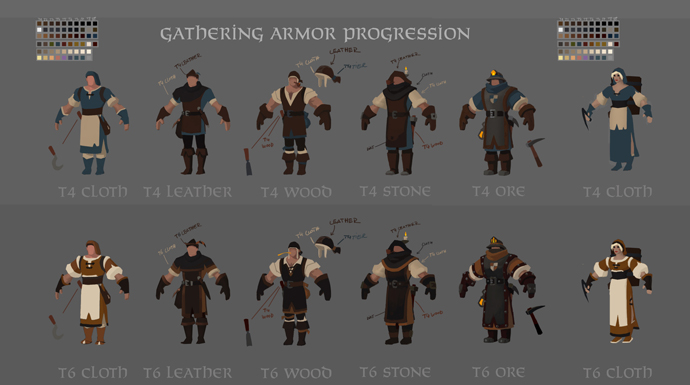