END_OF_DOCUMENT_TOKEN_TO_BE_REPLACED
If you haven’t noticed, this month marks Star Trek Online’s eight-year anniversary. There have been plenty of giveaways and events going on in the game itself, but Cryptic hopes that you will pay attention to the larger picture as well.

The studio put out an infographic yesterday that shared some of the cumulative achievements of the title. Over the course of its eight years, Star Trek Online has racked up 5.2 million players, 161 episodes, and 502 playable ships.

Right now, 62% of the population of the game is on the PC, with 19% residing each in PlayStation and Xbox territory. One interesting fact is that Cryptic has brought in 22 of the TV series actors to reprise their roles for the MMO over the years. 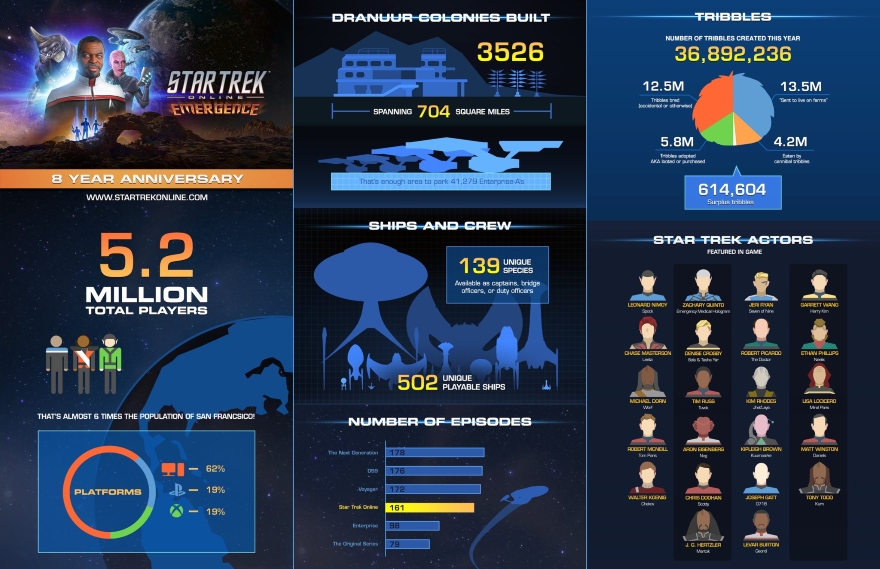 Perfect Ten: My memories from the 2004 World of Warcraft launch