So, how much money did Star Citizen make last week as a result of its CitizenCon push and concomitant ship sale? A lot. Eurogamer’s napkin math put the one-day CitizenCon haul at $379,254, with nearly as much the next day. Usually, the game hovers “only” in the 20,000 or so range on the daily. VG247 counted out a total of $1.3M over the course of just that one week. It brings the game up to nearly $200M total.

Worth noting is that last year’s CitizenCon saw a one-day peak of $896,567 funds brought in, with the day before and after bringing in over $400K apiece, more than this year’s peak. (We wonder if that’s not a result of the concurrent ship sale being a bit more exclusive this year.)

Meanwhile, more goodies have continued trickling out post CitizenCon. If you weren’t impressed with the borky face-over-IP system shown on the big screen at the event, you might be slightly more impressed by the video recorded by YouTuber Robbaz. If not, you’ll probably still crack up as he puts the system through its paces to see just how goofy it is right now (but also how much potential it has!). A madman on the quest for space crocs… at least until the next CTD.

YouTuber The Extra Mile has up a video of the graphics quality and framerate of alpha 3.3, which went live for all backers last week.

But this is the stuff that gets my attention: Here’s how far Lorville’s come over the last year. 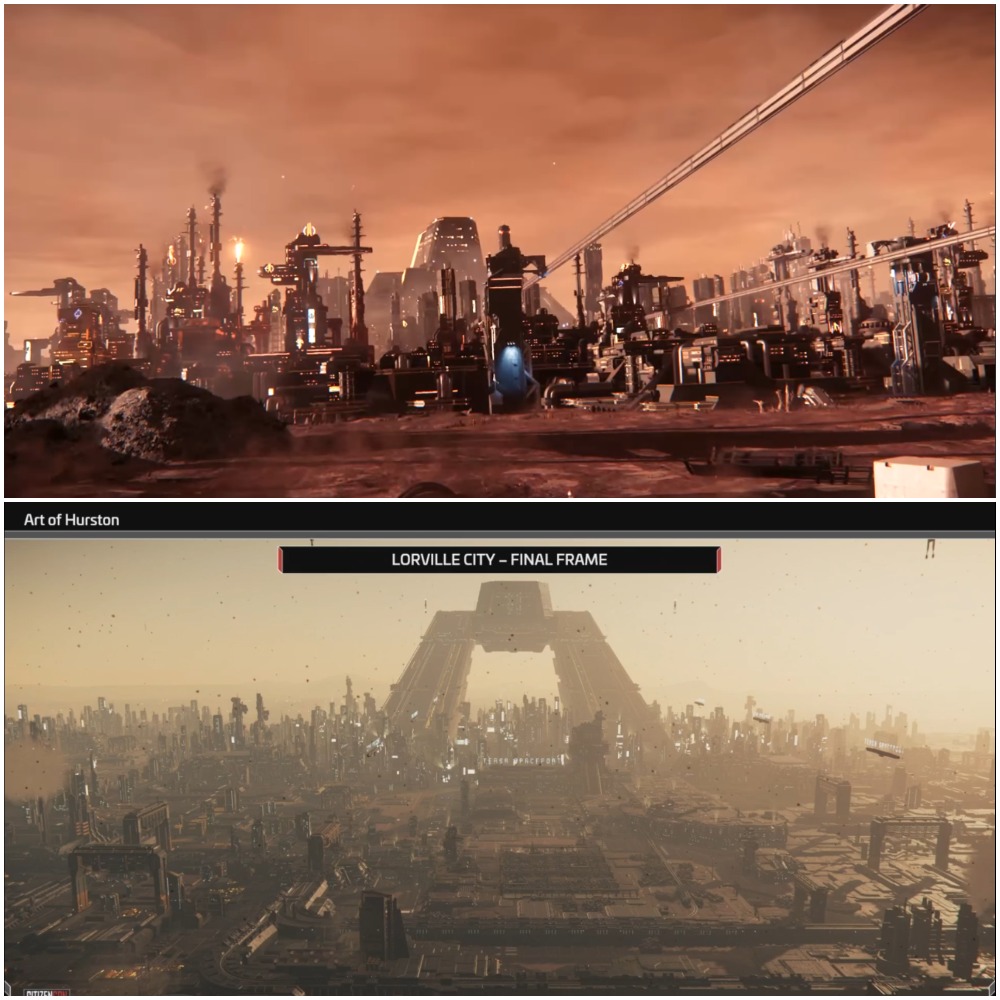 People say SQ42 trailer was good, but was rather meh for me. Ya, characters and graphics were great, but we saw almost all of that already. They put in footage they already shown. Only vanduul models were new.
Also I didnt like the writing.

Lorville tour was much more interesting. I hope it goes live soon and we can watch city exploration in 4k

CIG are certainly great at making trailers to promote their game but developing the actual game itself , not so much .

I think this is all going to end badly for those that have invested money into the game but you know what they say about fools and their money .

If it wasn’t CIG taking it off their hands it probably would be someone else . You can’t protect those type of people from themselves .

So many people drinking the kool-aid. Amazing.

It’s not their math at all, they just copied the figures from CIG’s own tracker.

And I believe CIG’s tracker as much as I believe any of their other pronouncements….

Time to toss out some more ships for people to buy.

You are late to the news break good sir. They are already selling two ships from the convention, a reworked starter ship, the Mustang ($45), the Valkyrie, a personnel transport combat ship ($330) and a third capital size spacecraft carrier ship that they havent announced the price yet for but its expected to sell completely ‘out’ between $1300-$1600, so they are way ahead of you.

I just wonder if people who are willing to spend 1300-1600 dollars on a virtual spaceship have much else in their lives going on .

Not that I’ve spent that much, but I make more than that in one week. I’ll never understand why some people judge what others do with their disposable income.

This is the thing about Star Citizen the sale of such ships is usually defended by the backers of this game , if it was another kickstarter mmo that was doing the same sort of thing the backers would be screaming “pay to win” at the top of their lungs .

The certainly have a passionate if a little brainwashed fanbase .

Um, many HAVE been screaming ‘Pay to Win’ WRT Star Citizne’ both on this site, and most other comment sections whenever CIG puts another ship up for sale. I thought you were following the project?