“Well, you can’t accuse us of not running a live demo,” Chris Roberts quipped today during CitizenCon when the Star Citizen demo he was showing on the big screen hit a snag and crashed to desktop in front of the hooting audience. No indeed: CitizenCon’s big day of live panels in Austin is now winding down with just one more to go, and if you didn’t catch it live, you can catch the recap.

The core of the keynote focused on new bits in alpha 3.3, which as planned did go live for all backers today, including its new and overhauled vehicles, gear, collectibles, new AI enemies, new scramble races content, and of course, OCS – object container streaming – which should make the multiplayer experience more immersive with what CIG is calling “huge performance gains.”

One of the key bits being shown off was the face- and voice-over-IP system, which basically allows players to use their actual expressions to pilot their character’s faces. If you remember SOE’s SOEmote, well, it’s basically that. “Co-developed with Faceware Technologies, ‘Face and Voice over IP’ allows players to connect their webcams and control their in-game character’s facial expressions with their own, creating a new level of immersion never before seen in video games,” CIG says, which is again a hard sell given that SOEmote existed in 2012. What we got to see of CIG’s system live was a bit wonky, but it’s getting there. 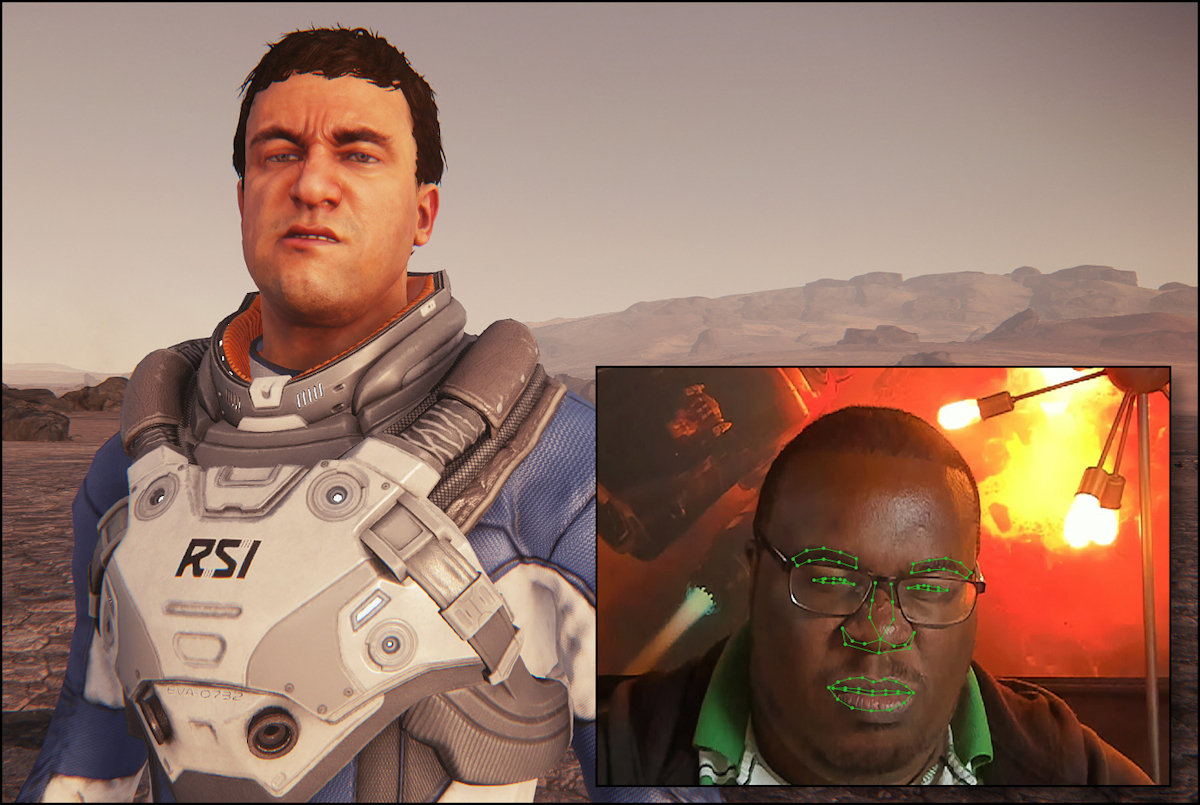 This being Star Citizen, multiple ships and vehicles were on display during the early portion of the show this afternoon, including the Anvil Valkyrie, which is live today with no waiting for those who shell out for it. At one point, Roberts directed the camera to linger on the massive Drake Kraken (it has its own TRAM, people), to the oohs and aahs of the crowd, who’d already been primed with the in-character sales pitch video. Yes, it’s a buyable concept ship, although as MOP reader DK pointed out, it’s currently marked not for sale. There was some sort of lottery thing. I’m sure you can buy it later for your firstborn!

Probably the most impressive part to me during the keynote was the procedural planet landscaping and cityscaping (and dynamic weather), which has come a long way since last year when everyone was freaking out over comparisons to Coruscant.

Not all of the videos demoed during the panels are up yet, but a few are. Here’s the eyecandy we’ve got so far:

The final leg of today’s presentations is set to go on at 9 p.m. EDT just as this article goes live. You can watch along below, and you’ll probably want to, since CIG has been teasing a big surprise during the “road to release” panel. Hey maybe it’s a release date? j/k.