Update 5.10 for Star Wars: The Old Republic is coming very soon, possibly next week, but more likely the week after. That’s not a lot of time to prepare for it if you want to jump in as soon as it launches. You really need to start getting into it now.

END_OF_DOCUMENT_TOKEN_TO_BE_REPLACED
The storyline called Jedi Under Siege starts a series that is promised to focus on the Empire-vs.-Republic story that we had when the game launched. But if it’s been a while since you’ve played the game, you don’t want to jump in cold. You really need to warm up first. I have five things you need to do to prepare yourself for the upcoming addition to the game. 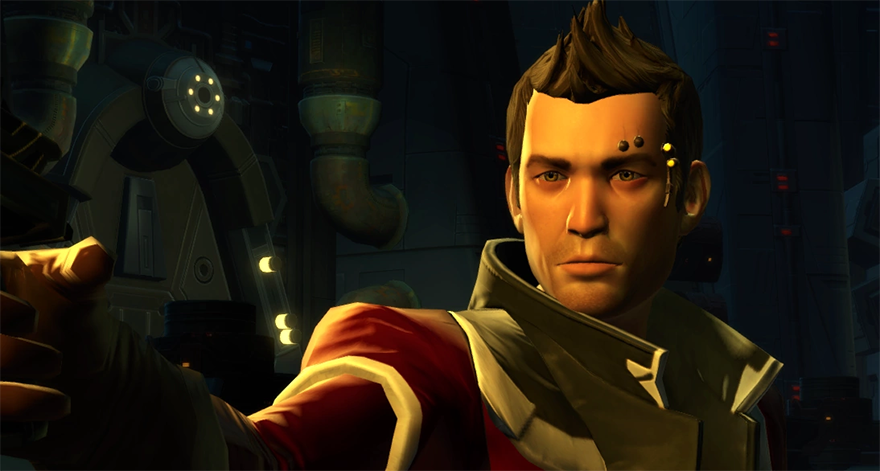 MJ and I recently finished a complete playthrough of all the main quests for SWTOR, during which we had the livestream audience decide the major choices in the character’s story. Although I think you should play through the whole storyline from the very beginning, it’s more important that you finish everything that happens after the main Knights of the Eternal Throne storyline. That’s to say, you want to play the Iokath and Traitor storylines before jumping into Update 5.10.

In a recent post on the official forums, Creative Director Charles Boyd reiterated that once you jump into the next update that the game will assume certain things have happened and that certain choices have been made based on your faction. Behind the spoiler tag below, you’ll find a comprehensive list of choices that will be made for you if you choose to play Update 5.10 without playing through the previous content.

Settle on your romance

If you have played through any BioWare game in the last decade, you know that your character’s romance is one the biggest if not the biggest part of your character’s story. And although BioWare is cutting that element out of the Anthem, Star Wars: The Old Republic still thrives off that narrative. Through the years, we’ve seen some interesting romance choices in SWTOR. Originally, we didn’t have same-sex relationships, but now most characters are romanceable. BioWare has said that with the next update player can romance a previously unromanceable character as well as connect with an old flame.

As I mentioned above, if you continue with the Update 5.10 storyline there will be certain story elements that will be assumed. The same goes for the romance options. If you make a decision to marry or retain a permanent relationship with another companion, then other romantic encounters will not be possible at all. In Update 5.10 we will see the return of Doc, Khem Val, Nadia, and Jaesa. Your previous story will determine if you see any or all of these companions, but if one of these companions or maybe one that hasn’t appeared since Knights of the Fallen Empire and you want to romance them, then you’d best not romance anyone else or that option might be cut off from you. And yes, that includes Khem Val.

I didn’t find the daily content on the PTS to be particularly difficult, though I can see that some people will struggle through it if their character is not geared well. I would recommend at list blue 230 gear, which can be bought from a vendor on the station if you’re a subscriber. If you’re not a subscriber, you’re struggling anyway, but in this particular case, you should probably drop $15 for a month. I’m not seeing any amazing improvements coming in 5.10, but if you really want to play this addition to its fullest, a subscription is necessary to end the frustration.

If you’re in the mood and it’s been a while since you’ve senselessly grinded out a set of gear, you can earn good gear by earning a few Command levels. Of course, it’s not my favorite way of earning the gear because Command Rank annoys me, but it really doesn’t take that long to get enough levels to earn the gear you need.

Lastly, another now-recommended way to gain gear is by buying a Master’s Datacron from the Cartel Market or GTN. These are 2,000 Cartel Coins and start at about 80 million on the GTN, so if you have money to blow in or out of the game, you can get gear this way. With each Master’s Datacron comes a package of appropriate gear based on your class. It’s also ugly as sin, so I recommend finding another good outfit to hide it in your appearance tab.

Read Tales of the Jedi

Of course, the first Tales of the Jedi volume is wonderful, and I highly recommend that story because it focuses on how the Sith Empire first fell to the Republic, but it’s the second volume that’s most important to the Jedi Under Seige storyline.

Two of my favorite Jedi of all time make their debut appearance in this comicbook series from Dark Horse and Kevin J. Anderson: Nomi Sunrider and Ulic Qel-Droma. Before Rey made her appearance as a strong female character and while Mara Jade was still officially a bad guy, Nomi Sunrider proved herself to be a powerful Jedi and hero of the Republic. (I should point out that she was also a single mom at the time.)

I’m sure there’s a good reason to play through the False Emperor flashpoint. I mean, there has to be or I wouldn’t have put it on this list, right? I’m sure I will think of that reason eventually.