Star Citizen’s Around the Verse this week is helmed by CIG’s Sean Tracy and Eric Kieron Davis and has a lot more meat to it than last week’s, as the devs recap how the sound team records cool sound effects and procedural layout tools. The idea with the latter is that the art and environment team can’t possibly hand-place every single item in the game, but it does need to be able to drop and combine and tweak cells into large but non-identical formations in a quick way, hence the custom tool.

Meanwhile, 3.4.2 dropped on the PTU earlier this week with tweaks for missions, Lorville, and cargo, plus a ton of bug fixes.

Finally, take a peek at this player-made chart of the Stanton system as of alpha 3.4. If you’re a space or map junkie, you’re gonna love this thing, as it shows Hurston and Crusader (and Delamar!) with all of their moons mapped out and then shown to scale. This is legit the stuff that gets me every time with sci-fi. Every time. This needs to be a poster. Great work, Odysseus Ithaca. 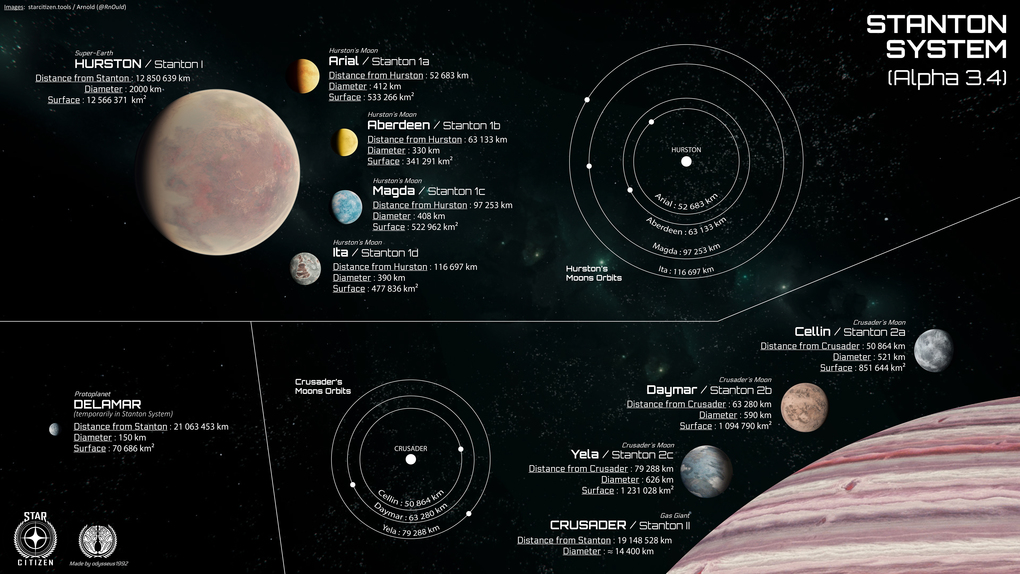