Camelot Unchained has dropped its weekly update and 53rd newsletter with a recap of what City State Entertainment’s been working on. “This month we continued stress testing our engine with 5k or more ARCs and players, began testing the improved crafting UI, dropped Characters 2.0, as well as ran tests of destruction code on our new siege scenario that featured a building with more than 9 million blocks,” CSE’s Max Porter writes. In fact, the siege scenario seems to be occupying studio boss Mark Jacobs too. Here’s Jacobs discussing the latest update:

“Coming in real hot is our new siege scenario, which features the aforementioned 9M block building that Treville and the Builders’ Brigade created for us. Today, I saw something that I’ve been waiting for years to see: a large building, constructed out of C.U.B.E. blocks, getting destroyed in real-time as I floated, hovered, and ran through it. Dozens of siege weapons and NPCs fired at individual blocks (or me, the chief blockhead!) in real-time. And not with 50 or 100, but with over 700 of those NPCs in the scenario (and we can of course go much higher). No MMORPG that I know of has been able to demonstrate that kind of gameplay, and I look forward to showing it off to our IT and Alpha folks this coming week. Even though it’s not yet ready for prime-time, the numerous improvements that we have made since we showed you folks our first-pass destruction code have made quite the difference.”

Incidentally, CSE sent us a few screens of last week’s mass-battle testing, demonstrating a fleet of trebuchets firing at a way-too-pretty castle. Check out the slow but visible degradation of the fortification under the barrage! 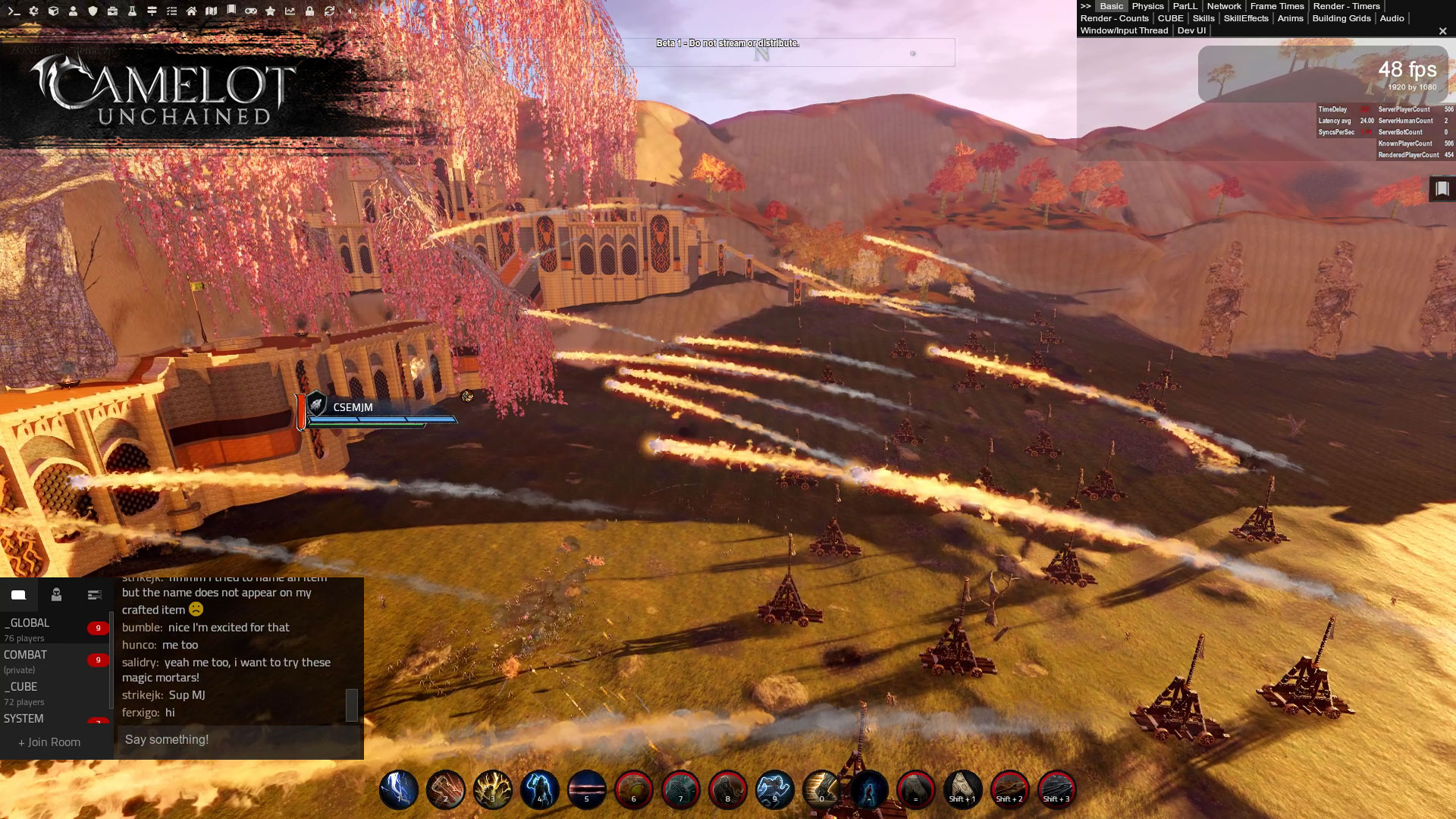 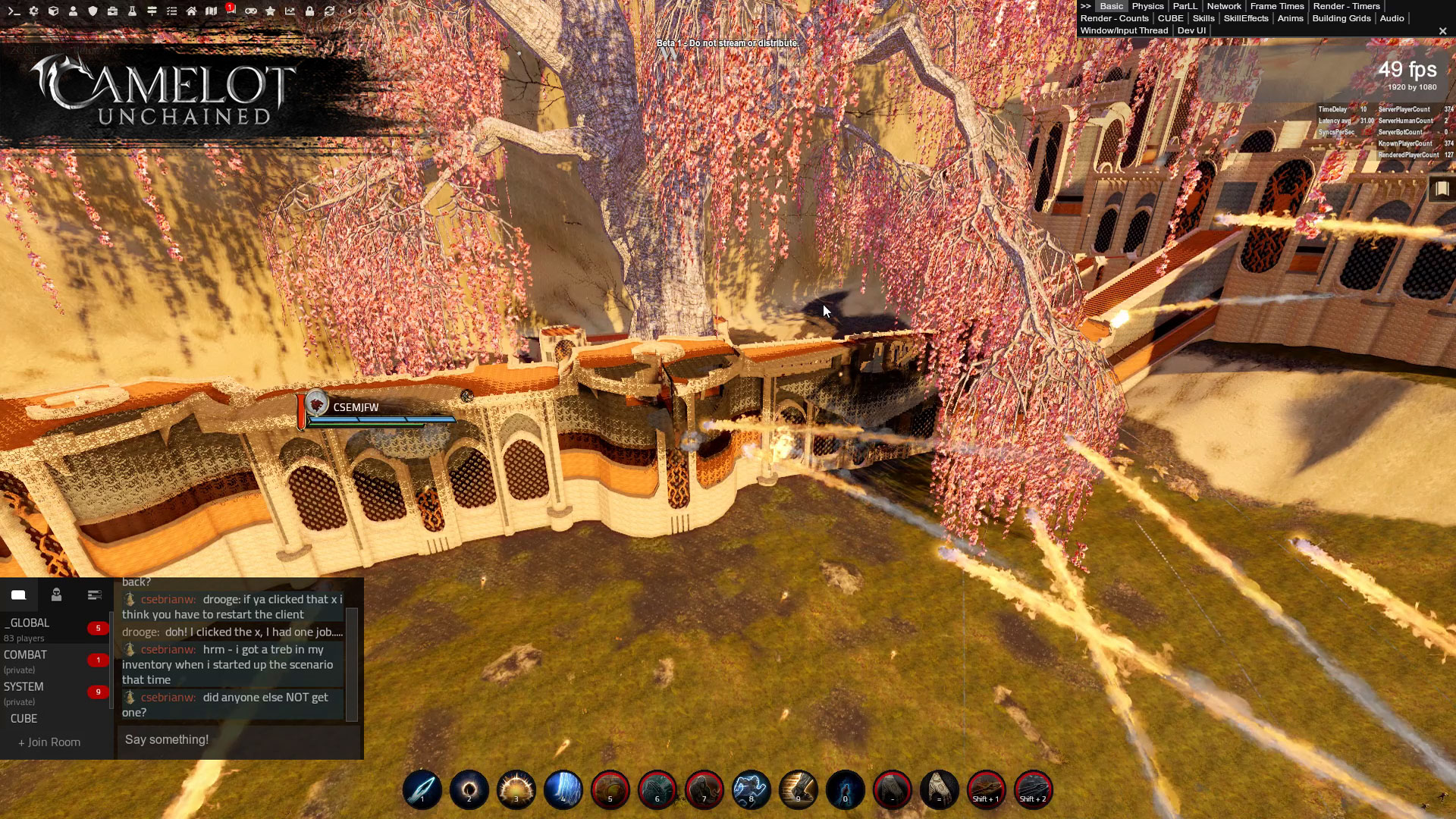 The end of the week video starring Jacobs is below too.