I’ve often wondered to myself why there seem to be so many in-development MMORPGs that stubbornly and desperately cling to the idea of the old guard doing it the best, generally shrugging off the refrain as a sort of nostalgia-fueled “Pepperidge Farm remembers” kind of mindset. After my time in RuneScape for this month, I can kind of see why, however. There are a lot of things here that have aged well.

First off, as I mentioned in the early going, is RuneScape’s onboarding and tutorial experiences. After coming off of other sandbox MMORPGs that conflated challenge with thoughtless starting experiences, I found it both refreshing to be given the tools to start making my way and ironic that a game that’s been out for so long has done this sort of thing better than newly released titles. It would have been so easy for RuneScape to assume that everyone arriving to the game were old vets of the original or lapsed players coming back from a hiatus, but Jagex has made the right moves to bring me into the fold while still granting me enough leave to make my own way in the world.

Second is the visuals. This is by no means a pretty game. Not even a little bit. That said, its polygonal, low-res textured world still just feels comforting somehow. It’s not a buttery smooth game to look at, but it has such a rich design and color palette and such wonderfully janky presentation that it’s hard not to fall in love with. It’s the old “so ugly it’s cute” trick, in other words. 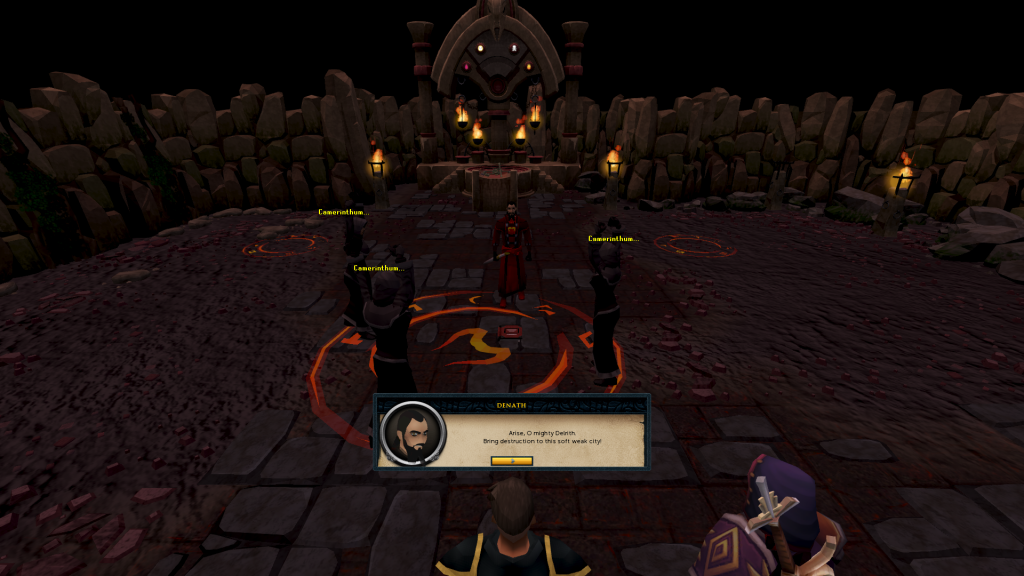 Finally, gameplay in RuneScape seems to stand up to the test of time. Not necessarily combat — that feels just weird and stiff — but the amount of things to do. I suppose that shouldn’t have been a surprise given this game’s age, but even knowing that, there’s still a remarkable number of things you can follow through with. The sheer number of skill lines to follow really did give me the sense that there’s something for pretty much anyone’s taste and gameplay preferences. It would have been pretty hard for me to tie down one single thing to follow through with, so honestly I have to thank this column and the voting public for giving me some guidance.

Of course, most of that gameplay satisfaction has come by way of running this month’s column with my husband. It was a smart decision to bring him along, even if scheduling conflicts made things somewhat challenging once in a while. Obviously these games are more fun with other people, but so often MMORPGs seem to sort of ignore how nice it is to do things with small teams of two or three. Group content very frequently gets conflated with bundles of up to eight strangers using one another like disposable Allen wrenches in an IKEA furniture set, or massive raids where you have to herd all of the kittens and hope those kittens know the dance steps to avoid the fire. RuneScape, whether by design or by accident, seemed to respect this preference.

Seriously, if we’re going to focus on the old ways, why are we not taking a moment to consider that teams don’t always fit into these specific little size boxes? I’m not suggesting that there shouldn’t be content meant to be taken on by more people as a sort of higher level of challenge, but there are times when you just want to play a game with a significant other or a friend or even some random friendly stranger you happen to run across. This is why I enjoy games that scale based on personal proximity to other players, and this is why I liked RuneScape so much: It offered the freedom to choose my own team makeup, not demanded that I get to know half a dozen passive strangers. 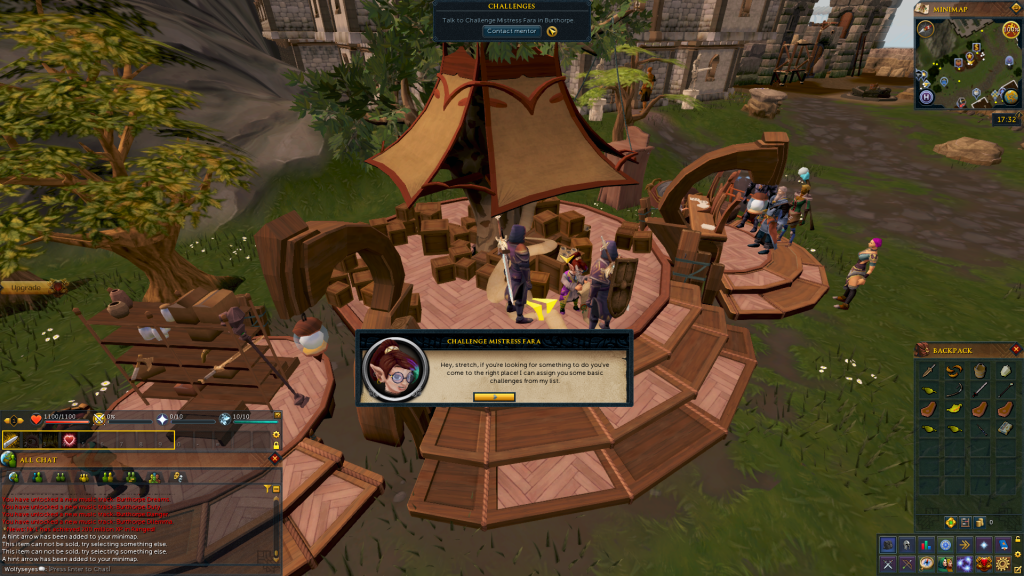 Not everything has aged really well, I’ll admit. Forming a group in this game took us about two weeks or so to really get used to, figuring out where things were by way of wikis and outside resources is never fun (I’d rather be given clues in-game, not handheld by player walkthroughs), I will never stop hating RuneScape’s miserable click-to-move locomotion system, and combat was passive at best and pretty boring at worst. With all of this said, however, these wrinkles were easily forgiven when taking in the entire charmingly wrinkled picture of RuneScape as a whole.

As much fun as I had playing RuneScape both as a CMA title and as a means to get some bonding time with my husband, though, I’ve found more value in the perspective I’ve now been granted. I’ve played old MMORPGs before, sure, but there were a number of titles that were absolutely beyond my notice and game types that I’ve ignored, and sandbox MMOs were absolutely one of them. CMA has helped to bring a bit more appreciation of where these games may be headed, but RuneScape gave me appreciation of where they’ve come from.

So yeah, I can appreciate why there are titles and game devs out there that bang the drum and drone on about how it used to be better. The trick, however, is finding the balance between the old systems that worked and the new ideas that hold hands with what came before. Iteration is not a bad thing, folks. It’s not the enemy. It just needs to be woven together, not hammered together. 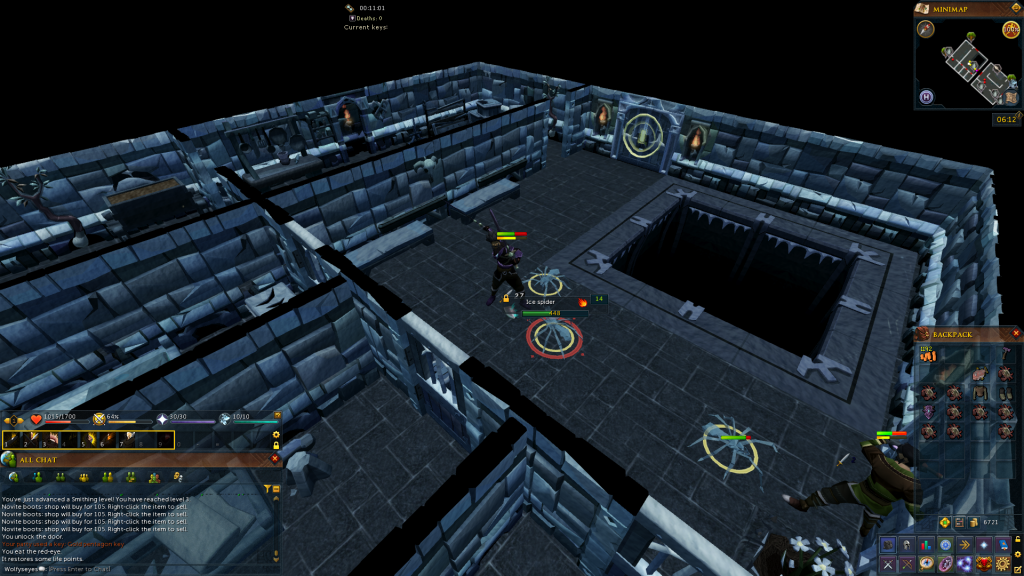 But enough armchair game dev advice from someone who has never spent a single second of his life writing code; it’s time to move along to our next adventure. The voting looked like it was nearly a tie last round, but after some time it looks like we are headed to BioWare’s fanfic version of a galaxy far, far away with some Star Wars: The Old Republic. I say fanfic because, seriously, everything about the Revan storyline was fanfic brought to video game life. I even refer to the Taris zone as “Planet Fanfiction.” Don’t mistake these as attacks, though — I actually think SWTOR being effectively divorced from the greater Star Wars canon has granted the game leave to get as happily silly as it wants to be.

Of course, there’s that cynical side that believes this is all a waste of everyone’s time and website space (self included), but I’m going to issue a challenge to myself and invite anyone reading this to do the same: Let’s approach this adventure with some unclouded eyes if we can. Let’s try to find the good things in this game. I have a stubborn ability to do that with nearly every MMO I’ve played, and I demand myself to do the same here.

Now it has been a while since I’ve hopped into the boots of my old Sith Marauder, but I recall having done at least a couple of the Eternal Throne story arcs. That said (and speaking of Revan), I still am yet to do the Shadow of Revan content or even explore some of the other stuff that’s available as a high-level Sith. On the other side of the coin, however, is starting fresh from the very off. Like I said, it has been a while, and there are still quite a few classes I have yet to see through to the end of their story, with the exception of the Sith Knight and the Bounty Hunter.

Bearing that all in mind, it’s up to you folks on how I should re-enter this game:

Where should I start in Star Wars: The Old Republic? 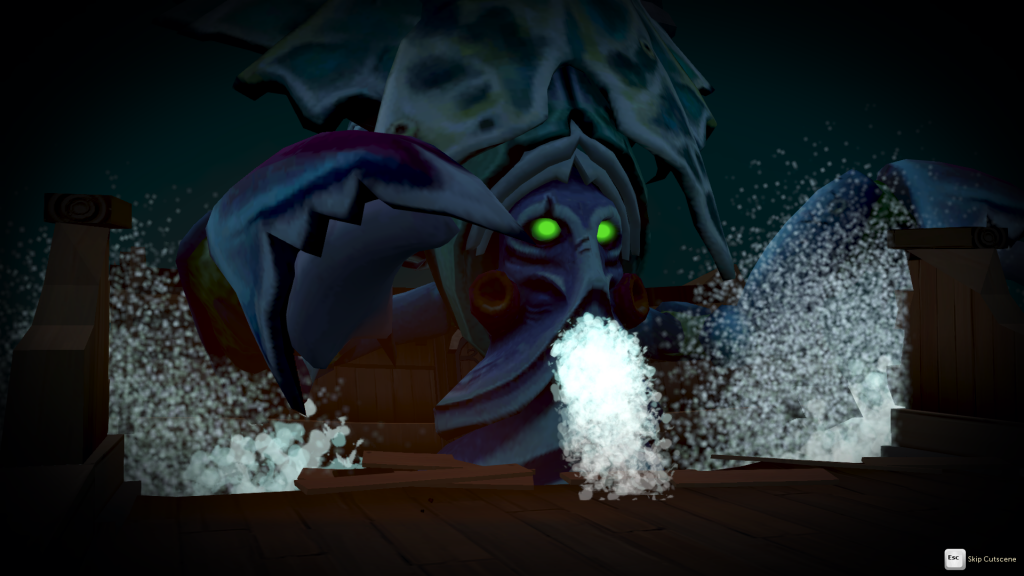 As per usual, polling wraps up at 1:00 p.m. EDT this coming Friday, May 3rd. I’m looking forward to seeing and hearing from everyone then!

As I said in the first Runescape article, being able to reasonably run as a duo and have the game still be fun (not running into multiple walls clearly designed for 4+) is an important thing we look for in a game. It’s sad that it’s often ignored.

It might actually be more important than character design and gameplay. I know it killed DCUO for us with the enforced teaming/instancing. Several others as well, but that is the most notable one because it’s one we should have spent a lot of time in.

I say start over in SWTOR. The Agent, Trooper and Inquisitor all have some really good storylines and the vanilla story is better than anything they’ve written in the last 4 years. It’s also another fun game to play with 2-4 friends (I mean… you know a lot of people who play. Just sayin. :) ).

I’d skip SWTOR but there’s not an option to vote for that :(

I fear that if you start from the beginning, boredom will rapidly set in. There is simply zero challenge for the first 15 levels. Especially since you will be running everywhere (unless you pop a ton of credits/cash for early speeder training).

Given the level scaling and ability to do flashpoints solo or small team, your Marauder catch-up would be much more interesting and fun, in my thinking. New stuff is also better than repeating old, stripped down content.

I usually found it harder to get into a game again after a quite big break unless I make a second alt to remember the gameplay that got me into it so, because I know its the case for many others too, I voted to start a new char and get back into the playing mood for it gradually. I also like overall the choise, its not among my absolute favorites but its among the themeparkey style games i do like but I still prefer sandboxes.

Path of Exile’s Scourge expansion is officially launching this afternoon