Good news for players of City of Heroes’ Homecoming rogue servers: The planned server moves – from The Netherlands to new destinations in Canada and Germany – appear to have gone off without much of a hitch yesterday, with downtime well under two hours. Do note that if you’re an EU player, your server has been renamed Reunion, so don’t panic. And if you’d like to be on (or off) that EU server, you’re getting 20 transfer tokens every three days to make that happen. The group says it’s buffed up its GM staff with some EU GMs and is working its way through the ticket queue now. (This is the point at which you gotta be wondering whether working a thankless unpaid job like support for *checks notes* 62112 players is sustainable, yes?)

Homecoming is now allowing multiboxing “within reason” as long as there are no queues. “As for what’s within reason: Two or three,” the devs write. “A team of 8 MMs to yourself is not reasonable.”

Piggies! Piggs are well-known to players as the files that make up a lot of the data of City of Heroes, and thanks to Ouroboros, developers will soon have an official Pigg editing tool. They’re calling it Piglet. 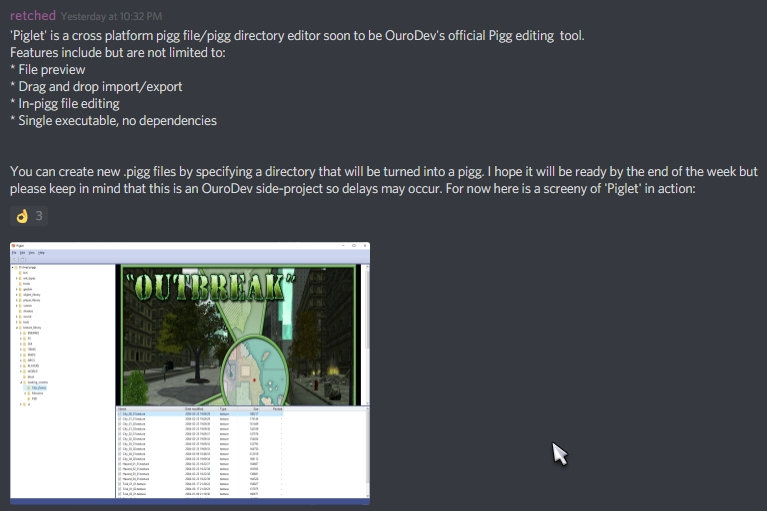 The not-yet-active Rebirth server announced its full team this morning, including 23 Senior GMs. (GMs themselves haven’t been announced yet, if we’re reading this right, as of the time of this writing, but you can go see for yourself in that channel.)

Finally, it’s not rogue server stuff, but it’s definitely newsworthy for City of Heroes fans: SEGS – the Super Entity Game Server folks working on rebuilding the entirety of the game legally – released their 0.7.0 “Awakening” build this past week.

The Red and Blue test servers are up and running with v0.7.0. #CityOfHeroes #MMORPG pic.twitter.com/ehiU6yl56n

Got City of Heroes community news you think we should cover? Drop us a note!
Confused about what’s going on with the City of Heroes rogue servers? Our complete and extensive coverage from the last month can be found right here. The short version is that in April a leaker exposed a secret City of Heroes server that’s been running for the last six years using the sunsetted game’s original code, which was ultimately turned over to the community. There are now multiple player teams working on multiple public and private servers and server types for the beloved superhero MMORPG (as well as gobs of associated drama), with over 59000 people signed up to play Homecoming alone. So far, at least, NCsoft has not commented publicly or taken legal action on any of them, and the company is reportedly in talks with players regarding the game’s future.
Advertisement