Every time I see someone write something about casual players – including me because heavens know I’ve done it too – I feel a knot tighten in the back of my throat. Because it’s an awful term.

I’ve talked before about how there are bits of MMO terminology that rub me the wrong way. Some of them are purely pedantic (“mobs” comes from Mobile Object Blocks, and it’s an understandable term but one that belies a mismatch of terminology) or just personal (“toon” is a terrible term for your characters) while the term itself is still functional. But there are other terms I dislike because they don’t actually do what they’re supposed to do, like “pay-to-win.”

“Casual” is one such term. It had a meaning and a use at one point, but that has been buried now under years and years of misapplication. We desperately need better terminology than “casual,” especially since most reasonable definitions of “casual” include nearly every single person playing MMOs. And maybe some cats. 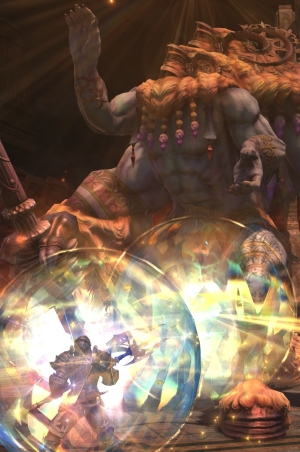 Putting together a dictionary and an etymology of fan terms is often difficult, especially when you’re dealing with things like forums that have proven remarkably ephemeral online. But the term “casual” wasn’t new when I was getting into MMOs back when Final Fantasy XI launched in 2003, and at that point, it had a pretty clear meaning. Casual players were the dilettantes, the ones who popped in and played a little bit but had little to no idea about the game. They were weekend players at best.

This is worth noting because at the time, I remember that most people also wouldn’t label themselves as hardcore players, either. Hardcore players were the ones who would camp specific NM spawns for days or weeks on end, not your average person who played the game. A lot of what we now consider hardcore content in MMOs was, by FFXI standards, pretty much normal.

It’s also not hard to point to what changed, which could be glibly called World of Warcraft. More realistically, it was WoW but also Guild Wars, City of Heroes, EverQuest 2, and a general unrolling of MMOs that rejected a lot of more timesink-based gameplay. Instead of designed downtime, you had games that expected you to log on for four hours of play and actually be doing something engaging for all four hours, games that were playing with what could be done in the shared online space.

The slow shifting of the norm meant that a lot of people were playing these games for the first time. And “casual” as a term didn’t really do the lifting required to evolve with the time. Whereas it was once as much of a separate term as “hardcore,” we gradually came to see “casual” used for literally anyone who didn’t slot into the “hardcore” demographic.

It’s not even a term being used solely from the outside; I know lots of people who happily label themselves as casuals, even players who spend more time playing MMOs than I do. One of my friends in Final Fantasy XIV referred to herself as a casual because she has no interest in raiding and high-end progression, despite the fact that she’s an intensely driven crafter who literally runs up against the maximum quantities of gil allowed in the game. She’s more hardcore than I am in that arena! 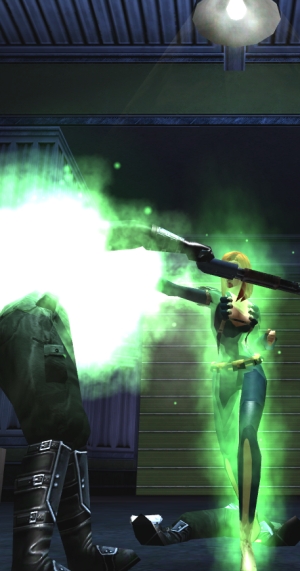 This gets even more strange when you realize that the “casual” crowd in this discussion – the group of people who aren’t interested in, say, Mythic raiding in WoW – is the majority of the playerbase. “Casual” covers everyone from the guy who logs in a couple of times a week for a one-hour play session to the player who clocks in three or four hours on a nightly basis but will never do a raid above Raid Finder difficulty.

And this is where the problem comes in. Because talking about designing gameplay for casual players covers a huge swath of different play styles and different interests, and just using a blanket “casual” cover provides almost zero information. These things are wildly different and require wildly different approaches.

Let’s pick on WildStar, specifically because it worked so hard on labeling itself “hardcore” (and also because apparently everyone loved hearing me rant for like five minutes straight about it last time). Clearly, that game had something in mind for hardcore players. But it also seemed to not understand what casual players were, that casual players did not simply consist of players who would play the whole game solo. It was also people who liked queueing up for fun dungeons or adventures or shiphand missions, people who liked questing and crafting, people who loved exploring the story.

And yes, also players who will want to play the whole game solo. But the discussion of “well then why are you playing an MMO” can wait for another day.

If I had to pin a specific misunderstanding down for this problem (which I do for these purposes, sort of), it’s that idea that “casual” players will take a long time to see that the game stops having anything to do at the level cap. In reality, lots of people not in the “hardcore” banner were up at level cap as fast if not faster than some of the “hardcore” players. There is no monolithic mass of casual players.

So the term no longer actually describes anything. It described a playstyle that was at one point very much on the outside edge of normal, but the baseline for “normal” has shifted over time and the term hasn’t shifted with it. My lack of the time and patience necessary to organize 40-person runs in an MMO no longer marks me as an outlier but as the norm.

In other words? We need to be rid of it, or we at least need to push it back to what it originally meant. Right now, it doesn’t really illustrate much of anything.

The obvious follow-up is to ask what we’re supposed to use instead, but I think that in some ways the terminology split we used to have works better. Back then, you had hardcore players, you had casual players, and you had the vast majority of people who were just… players. The cutoff point between “normal” and “hardcore” may have changed, but the core idea is still sound.

It also helps reframe requests and where the majority of players are going to fall. When you assume that “hardcore” players are the only ones putting significant time and effort into the game, you devote more stuff to that vanishingly small percentage. When you assume that most of your players will be neither casual nor hardcore, devoted but not unreasonably so, you design content that requires time and effort to unlock the rewards instead of luck and constant attendance. You expand the middle where players exist instead of the top end into a narrowing spire.

There was a time when “casual” meant something very important. It no longer does. And when a term is no longer pulling its weight, you need to either reframe it or get rid of it. We’ve had a long time to do better than blithely re-using “casual;” it’s high time we got on that.