EVE Online‘s developers have historically had to keep the community at arms length to avoid inadvertently influencing the player-run sandbox. After the 2007 t20 scandal that revealed a developer had illicitly gained rare blueprints to help his in-game alliance, CCP put in place a strict policy on what developers could do on their player accounts, and an internal affairs department enforced it.

END_OF_DOCUMENT_TOKEN_TO_BE_REPLACED
That policy has led most developers to shy away from high-end gameplay such as territorial warfare and avoid large corporations, causing a disconnect between how developers think the game is played and how players actually engage with it. At EVE London this weekend, CCP Games announced that this policy is finally coming to an end. So what will the new policy mean for EVE Online and what restrictions are placed on developers now? Read on for a quick breakdown: 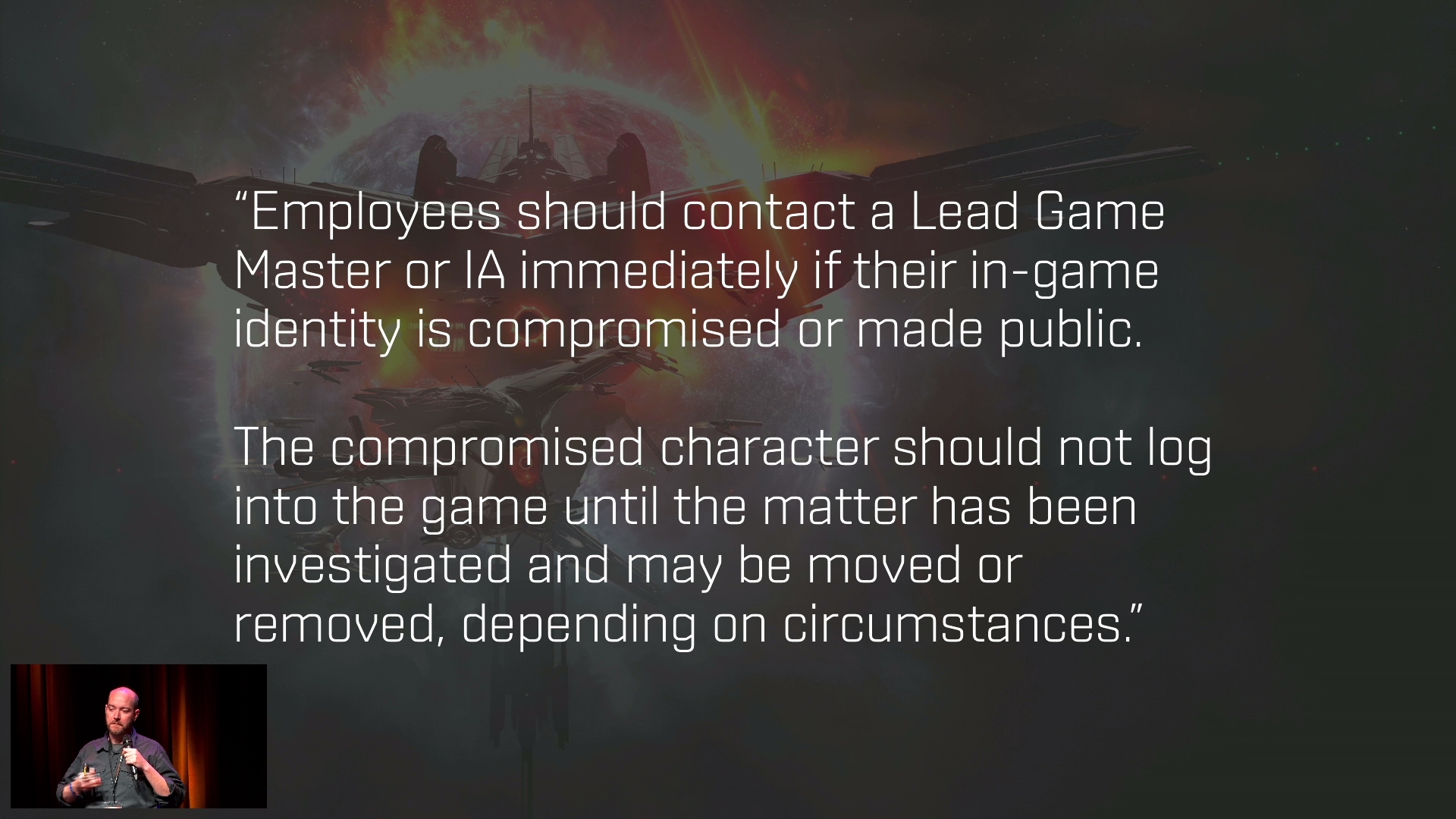 One of the harshest parts of the current policy (excerpt above) is that any developer who gets outed as a dev on their player account has to surrender their account. The character effectively goes into “witness protection” to start over with a new name and portrait, and the developer is forced to leave their corpmates behind for good. In a sandbox MMO focused on community-building, that’s a particularly harsh punishment that can kill someone’s enthusiasm for the game.

The EVE of today is also very different than 2007 when that policy went into effect, with players now much more likely to discuss their real life circumstances with corpmates and true anonymity much harder to get away with in large corporations. “Any measures that they would use to try and play with you guys like masking their IPs or not speaking on comms and things like that would probably get us kicked as spies,” explained community developer CCP Convict on the official EVE London stream.

The new policy will come into effect at some point in December and will allow developers to choose what level of public identity they want to reveal. Developers can still choose to remain secret but can now reveal who they are if they want to and will be free to join players on fleets and voice chat. There will still be some limitations on developers, however:

CCP is asking players to help out by just letting developers play and inviting them into corps and fleets as they would a normal player. It’s an odd role reversal as many developers actually know less about the game than highly dedicated players, but part of the reason devs are playing the game is to learn more about how we play. Players are also asked not to bombard devs with questions and requests about game design or game balance and just let them enjoy the game.