So one of the big draws of the new Pokemon Sword and Shield is the open-world exploration area of the game. It’s expansive: It has 4-four-player raiding, temporary housing, cooking, mini-games, sudden high-level pokemon lurking near the regular ones… Sounds like an old school MMO, right?

It kind of is. While functionally Pokemon GO might have barely started to meet the MMO conditions in Gen 3, it’s always felt a bit different from the main series. Sword and Shield represent main series games that seem to be on the MMO path but aren’t quite as MMO as POGO. 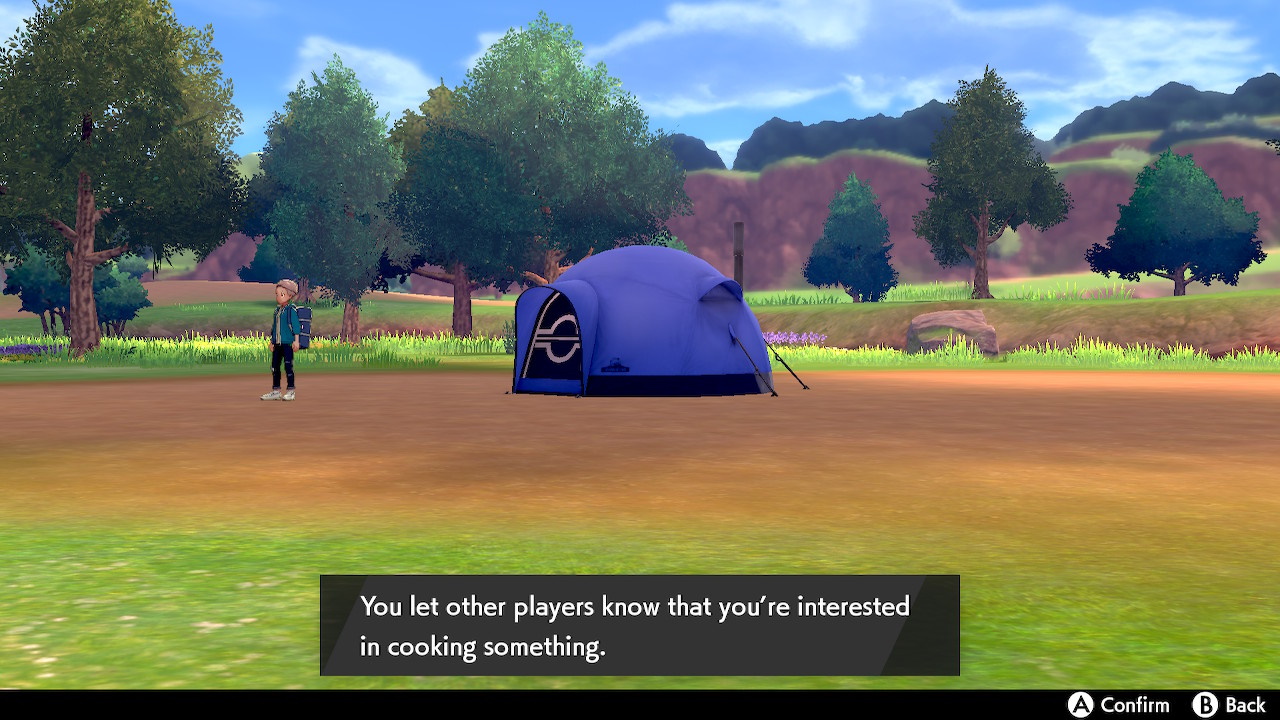 Let’s go back to the criteria I used when judging POGO as a potential MMO:

What the game does have is avatars, an environment that leads to player-to-player interaction, AI to interact with, rewards, real-time interaction, and an in-game communication system (though it’s somewhat limited).

Now, the environment part is tricky. While the items you take from the world stay taken, few other changes remain – but it’s not like that even matters because it’s a single player environment that just appears full of people, as NPCs named after real players populate the “Wild” map, the MMOish area of the game. Unlike most of the game world, which is fairly linear, the Wild area is open with a free moving camera (something the series hasn’t done in the main series before), filled with NPCs acting like players (battling, looking for groups, riding bikes, etc.) and with areas that essentially start raids.

The communication is simple, but you can send out a request for help in raiding… or to trade pokemon or personal stat cards. Even so, it’s certainly more communication than in POGO, where you can’t even do trades over the internet, and it’s in real-time, limited to no more than two minutes at most for actions likes choosing your Pokemon and only seconds for choosing your attacks. Plus, four-player PvE battles are something the series has never done before.

Unfortunately, the environment is also truly a single person “server” and creates instances for player interaction, which obviously means it’s not persistent.

But clearly the Pokemon are both the AI we challenge ourselves against and also the rewards, so that’s another requirement checked off our list. 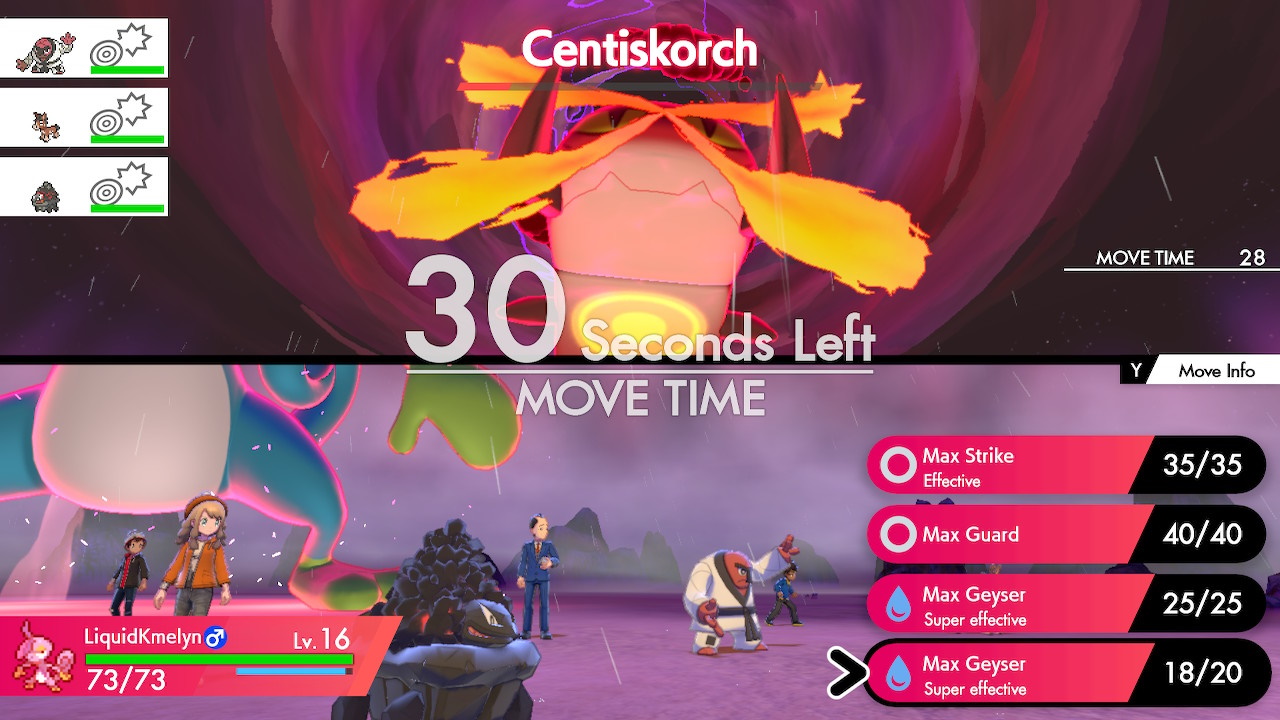 The main draw, beyond the open world, is Pokemon raids. Shaking trees, setting up camp, crafting choice curry recipes, playing with Pokemon, avoiding super strong Pokemon mixed in with weaker ones… these are all things I would love in a Pokemon MMO, and we have them here, even if the world we share doesn’t entirely overlap. However, the Pokemon raids do help make the Wild feel like an MMO overworld area we run through while searching for a dungeon in traditional MMOs.

Like dungeons in early theme-park in MMOs, the raid option feels like a one-and-done deal during the early game, rather than something people want to do repeatedly. In fact, most people I know have blasted past the Wild Area, which is accessible even before the first gym/major milestone of the game. They’ve focused on just finishing the game.

A friend of mine and I have been taking our time, though, and have been really enjoying the open world Pokemon feeling with the social, fairly accessible feeling raid game. See, you can participate in raids early on, but that doesn’t necessarily mean you’ll be successful. Pokemon can be quite strong, so you can fail to defeat them if you’re not careful, and as in POGO, the pokemon isn’t a guaranteed catch just because you and a few strangers beat it into submission. However, the time limit for starting raids also makes it hard to find random people to play with.

Playing specifically with friends is easy enough, but it’s a bit confusing, using short codes you make yourself, which locks a room while you’re waiting for friends, if they can find you online (local play is an option). However, finding friends of friends is more difficult, and in my own experience, we ended up having that person become friends with the room host just to get ’em in. Simply being able to go to your friend’s list to jump in with friends a la Splatoon would have been nicer. 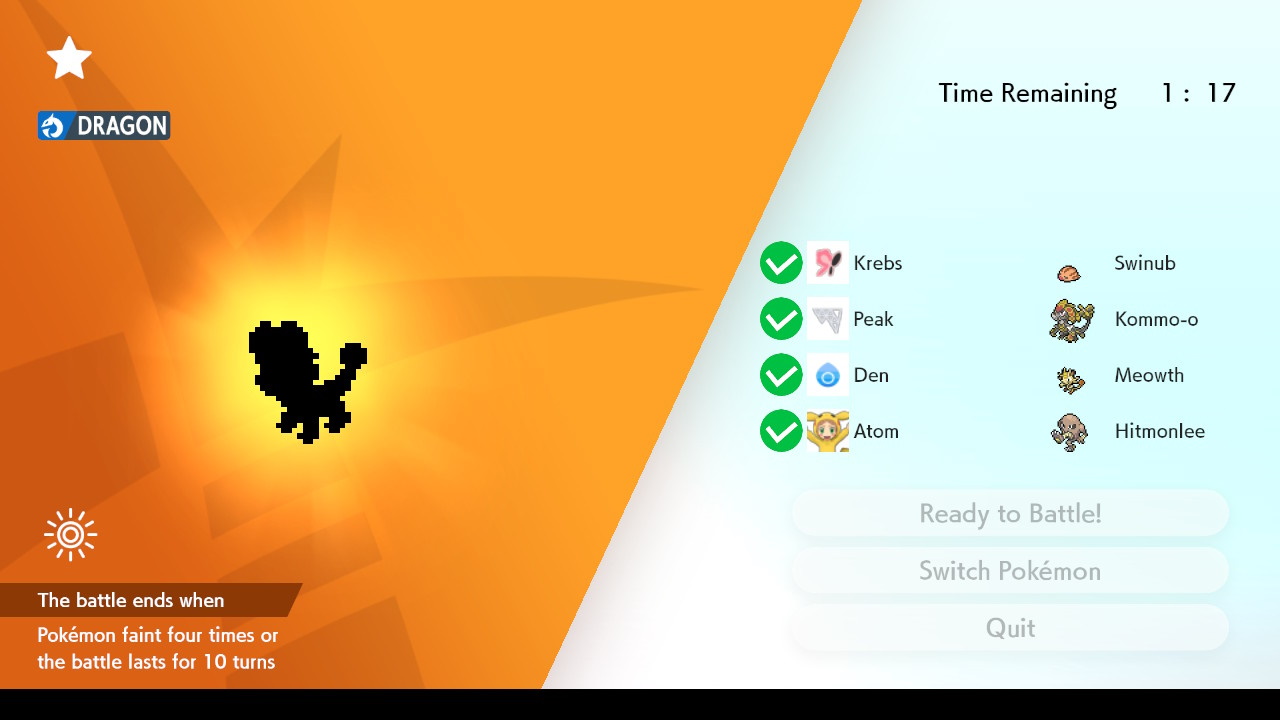 Admittedly, I’m not that far into the game. As badges limit how strong of a Pokemon I can catch (an unwelcomed addition to the series), I feel like I have to play the story more to get more out of the Wild Area. Pokemon level difference makes it so that you can potentially blast through the content without getting even a feel for how raids are supposed to play out.

But we’re just few weeks since release. This is just the start of the game, and while we’re probably still a while away from a true Pokemon MMORPG, between Sword and Shield and Pokemon GO, it feels like we’re getting very close.

As someone who’s never into the Pokemon series and find it inconceivable to see rehashes of the same idea released over and over again, I am very surprised to see a non-POGO Pokemon game makes it here. This game is not a revolution like a certain Zelda game to its perspective franchise, which “open world” criterion makes a much better base block for an MMO… an MMO in our imagination.

It’s time for the Pokemon formula to grow up and stop being made and judged like a Peter Pan incarnation of Pokemon Red. Meanwhile, POGO is a technical yet unorthodox MMO, while Pokemon Masters is a more conventional mobile online game, and both deserve more coverage.

Players want rehashes of the old ideas. Or even rehashes of the same games; every remake sold exceptionally well, even the atrocity that was Let’s Go. Heck, the biggest complaint about Sword and Shield is that they deviated from the old formula by not including all previous pokémon.

So uh…why wasn’t the first letter of MMORPG used as the criteria out of curiosity? Obviously we all know POGO fails that right out the gate and it’s probably the first thing people think of when they think MMO. “Massive”.

POGO is massive by a lot of means, even more than some actual MMOs

and as in POGO, the pokemon isn’t a guaranteed catch just because you and a few strangers beat it into submission.

Actually, it is a guaranteed catch, as long as:

– It’s not a promoted raid (i.e., one of the temporary ones you download from the Internet).
– You are the one that activated the raid (meaning you are either playing alone or you are the host).

If you fulfill both conditions then you will have a 100% catch rate even when using Beast Balls, which at a mere 0.1 catch rate are by far the worst kind of pokeball in the game.

Playing specifically with friends is easy enough, but it’s a bit confusing, using short codes you make yourself, which locks a room while you’re waiting for friends, if they can find you online (local play is an option).

There’s another, undocumented option: Lan Play. Go into the options screen and press L + R + Left Stick (as in, press it like a button); this will put the game in lan play mode until you close it down, allowing you to play with anyone connected to the same network as you.

Usually this would mean just local play, but there’s a trick; using bridging software such as XLink Kai or the Switch-specific switch-lan-play you can bridge local networks anywhere in the world, thus being able to play with anyone else in the joined networks. The nifty thing is, this kind of internet play doesn’t go through Nintendo’s servers, and thus doesn’t require the usual subscription.

Great review! My daughter is currently obsessed with this game, and I have as much fun watching her play it as she does playing it. Andrew, you probably could have made the 8 ingredient list its own post.

Here is why I think Pokemon deserved more criteria as an MMO than say 75% of the games you cover: because it online and it is an actual game.

Most of the games you cover now, because I assume you have to fill the webpage – are games that aren’t made and in all likelihood will never be made. So why not give the ink to a game MILLIONS are playing and enjoying- that has a very fair pricing system and bring enjoyment – rather than constant frustration and drama.

Poke is more worthy of your time and ink that any other kickstarter you cover. Take out my hatred towards KS – this is still a fact. You spend hours and hours writing about junk NO ONE IS PLAYING. 0/8 on all of your scores. So why not cover a game that hits more than a few points – but is an actual game.