Well, it looks like successions are finally here. This month’s going to be a pretty big month for Black Desert’s western audience with the mobile version coming out on the 11th and the succession classes finally making their way to our shores. As of this article’s posting, Pearl Abyss has just released the succession skills for the Warrior and the Ranger. The other classes will follow in subsequent patches.

END_OF_DOCUMENT_TOKEN_TO_BE_REPLACED
Unfortunately, I don’t really play those characters. While I have them for lifeskilling alts, I never really went out of my way to fully learn the characters; they just didn’t click with me. Like any great MMO, Black Desert boasts classes with plenty of depth, and both the Warrior and Ranger have quirks and combos that many dedicated players have come to master over the years, so I won’t weigh in on them.

What I can play reasonably well is the Tamer. And wow, do I have opinions with the succession.

I’ve already gone in depth with the Tamer and gushed about her Bo staff already, and to be honest, I’m not as excited about her succession release. She was one of the few characters that got better with her awakening. The Bo staff opened her up to a wide range of cancels, mobility skills, more range, and that extra level of complexity to raise the skill ceiling. In the time I played around with her succession, the shortsword, I feel the choices made to her succession puts this particular skillset below her awakening moves. It seems to me as if Pearl Abyss just made the numbers bigger and lost that desirable complexity.

Let’s take one of her most important defensive abilities from her awakening: Leaves dropping and Flow: Gust. They’re separate skills, but skills labeled “flow” can be executed only after a certain skill. It’s basically a chain skill. In this case, they’re two dodges that can go in any direction; you can even change direction between dodges to juke out opponents. These two skills can bait Wizard and Witch AoEs and striker grabs (which is pretty easy; they pretty much use it on cooldown). It can also be used with either combat stance, so even with shortsword, the ability is available. What makes this skill even better is that it’s a way to switch to your Bo Staff from your shortsword. And that’s where the beauty of her awakening comes from: the seamless switching between both weapons and mobility.

That’s what the succession trades away. I’m not a huge fan.

The complexity in the Tamer’s awakening moveset is that her shortsword is just as important in her awakening and you get a huge variety of options in both PvE and PvP. Many of her combos swap between both weapons. Knowing which skills can switch between the two weapons is key in ensuring a fast clear speed and defending grindspots. These two weapons complement each other so well: The shortsword E skill is a grab, while the Bo Staff has a block. An even more effective combo is her bolt wave to jolt wave combo (colloquially called Bolt Jolt) that comes out quickly and switches from the Bo to her shortsword. 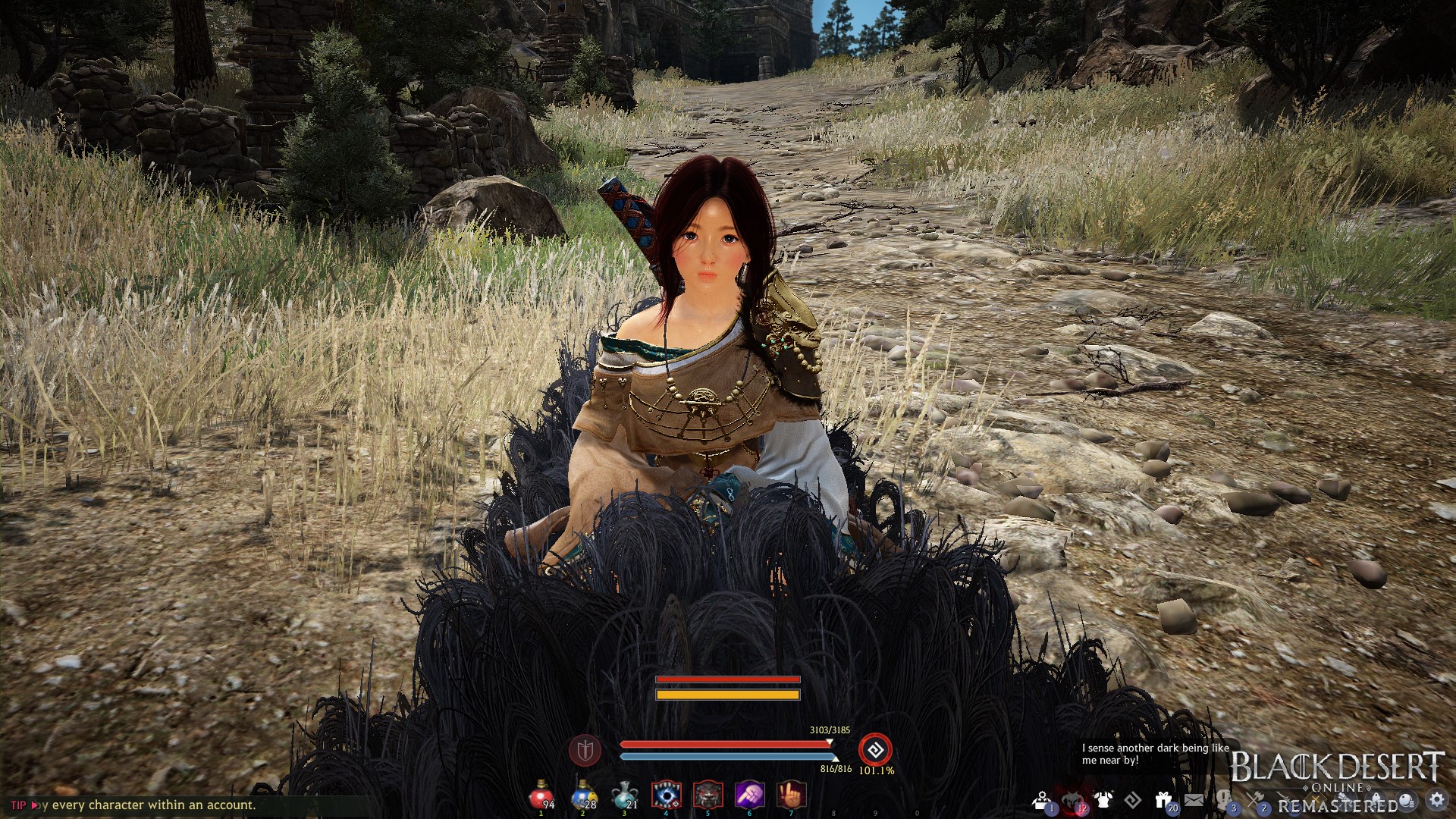 The succession skills add extra levels for Heilang and more powerful versions of a few of her original skills. I noticed quite a few of those skills received forward guard. I can surmise the intention was to allow the Tamer to actually let those skills even come out in the first place. The animations are long, and the forward guard gives the Tamer an extra layer of protection from crowd controls and very hard hits. But I just feel like the loss of mobility is a major issue with the tamer, especially since she is nowhere near as durable as the other classes. The slow attack speeds will make her way easier to punish.

Two skills migrate from her awakening tree: Moonlight Strike and All-Around Spinner. Moonlight strike is a forward-dash with a hard hit at the end, which makes a great gap closer. All-Around spinner is a massive attack capable of overwhelming a guard gauge or clearing a mob too. (Assuming it hits. It’s pretty easy to punish if its baited out.)

I would have preferred Leaves Dropping and Gust instead of All-Around Spinner, and I think it has something to do with PA’s vision for her succession. Pearl Abyss clearly wanted to make her into a “cutie-bruiser,” a little girl with a big weapon and capable of massive destruction. That would have been so great if the studio had just stuck with that direction, but something just feels off about the execution. She just feels so unnecessarily heavy. She still has Legendary Beast’s Power, a forward dash that also doubles as a way to cancel her attack animations, but her side evades have this six-frame lag time that just breaks the flow of her attack pattern.

Thankfully, PA did provide an upgrade to her most important shortsword skills: Bolt Wave and its flow Jolt Wave. This powerful attack chain knocks down opponents and can be animation-cancelled multiple times to chain this attack repeatedly. While it gets a boost in attack power, it just seems more lacking because it doesn’t cancel into as many other attacks.

Going back to the vision PA had about her, I think she was originally designed as a hard-hitting character that just never stops pushing forward. Two skills dash her forward, and almost all of her succession attacks have a forward guard. The problem is she’s slow. Other players can get behind her very easily, but I haven’t had a chance to PvP with her yet, so we’ll see.

I won’t just write off the succession as a failure just yet. Once even better tamers get their hands on the test class, then maybe they’ll prove me wrong on my initial impressions. And I wouldn’t mind being wrong about this. She’s still my favorite character!

awesome read! i have very similar reasons i won’t use the DK succession. I weapon swap too much with her. i didnt like the berzerker’s buster so i may go back to his axes because i liked those. the ranger really seems to me the real reason all this was implemented in the first place.

imagine playing a ranger because you wanted to play a fricking ranged character and then your awakening comes out and its a sword lol.

Yeah, I’m eager to see what’s going to happen from here. The vibe I’m getting for succession weapons is that it’s one of those things that’s just really nice to have and the option is there.

One Shots: Dragons — why’d it have to be dragons?

LOTRO Legendarium: Rating the best active racials in Lord of the Rings Online

Tree of Savior announces plans for a new server and a...

The MOP Up: Dofus gives its 2020 roadmap