Well, this final week of my time in ArcheAge was indeed challenging, but not perhaps in the ways that were expected.

END_OF_DOCUMENT_TOKEN_TO_BE_REPLACED
Almost overwhelmingly it was asked that I push on to level 30 and beyond, and so I did with a little bit of trepidation and curiosity. After all, I was expecting things to become more difficult, more PvP-heavy, and more dangerous overall. What happened was I kind of engineered my own destruction. Allow me to explain. 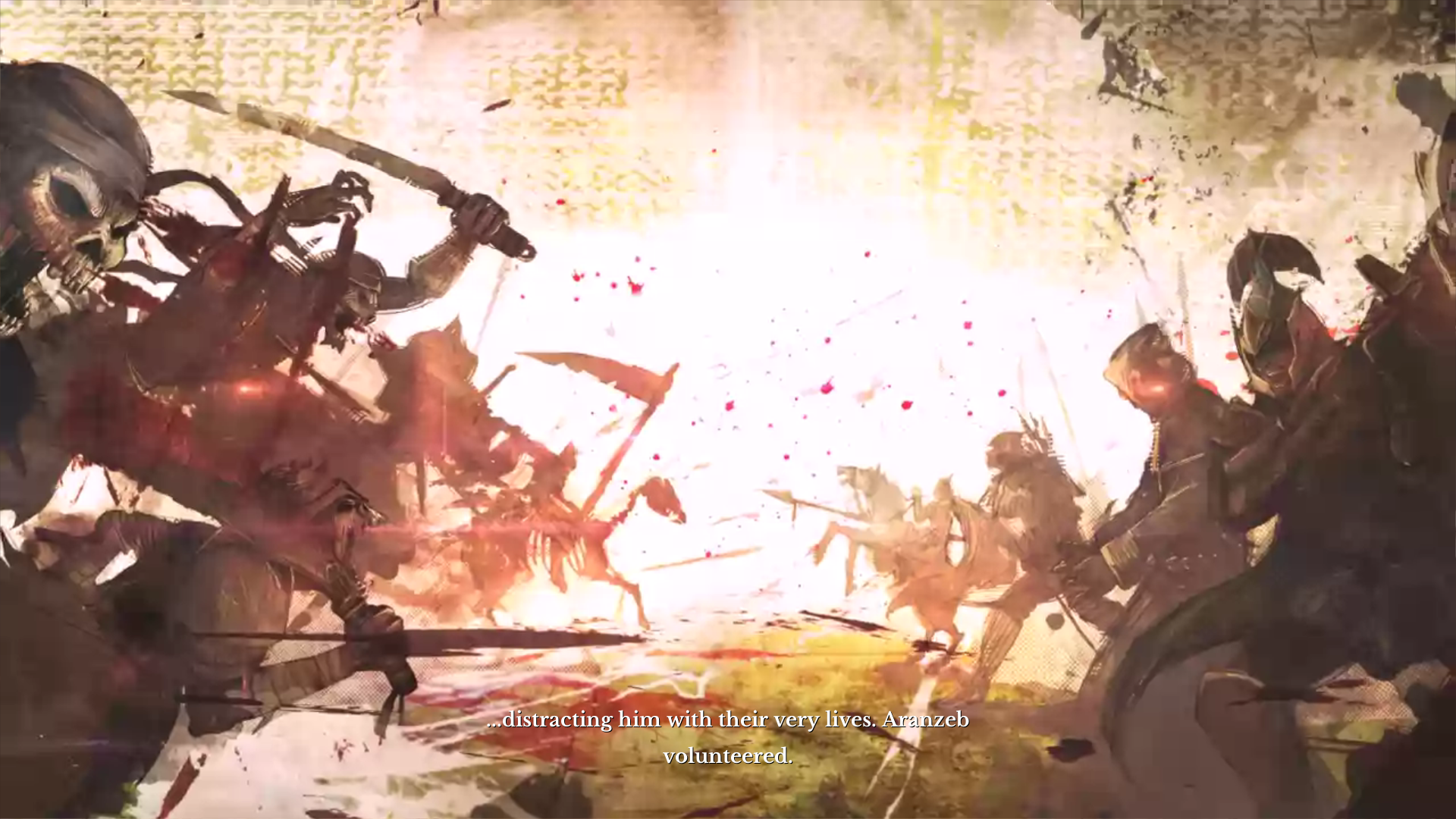 Getting to level 30 was easy enough with the help of those XP potions I’ve been knocking back up to this point, and things were pretty much the same as they have been up to this point. I did finally get to what was the first major city that I’ve been in to this point and was impressed by its beauty, but things were otherwise once again par for the course as I was guided along through story and sidequests. There were a couple of additional quests that popped up that instructed me on socketing gems into gear, but that was about the only time things felt different.

Wandering out into the world saw me not running in to a whole lot of people, honestly. I assume most people playing this game are doing entirely other endgame high level things, so a lot of my time was unmolested, with nary a PKer in sight. That’s not to say that people don’t get jumped by high-level players, of course, but I mercifully seemed to have dodged all of the open PvP bullets.

So far so good, right? That was until this popup showed up on my screen (click to enlarge). 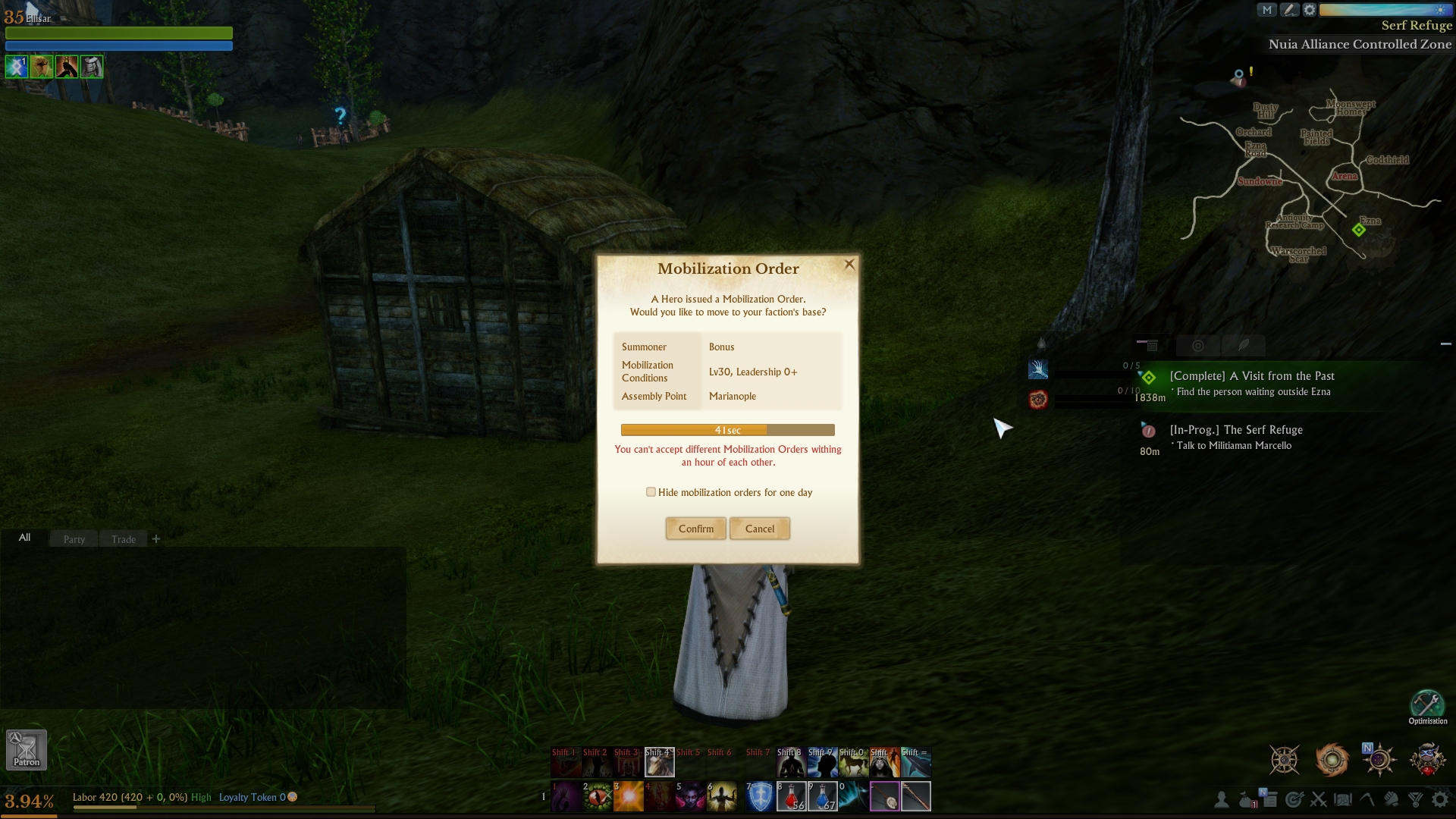 I had no idea what Hero summoned me and what they summoned me for, but I was desperate for anything resembling interplay with other people, so sight unseen and without any research, I accepted the summons.

I was thrust into someplace in Marianople, surrounded by a bunch of other people, all of whom were just sort of standing around waiting for something to happen. After a few minutes of doing this myself, I was about to leave when some player opened up a portal to somewhere. Out of curiosity, I elected to jump through.

Incidentally, I like how you literally have to jump into a portal to use it; no walking into or interacting with. You actually have to actively jump in. That’s a fun touch. 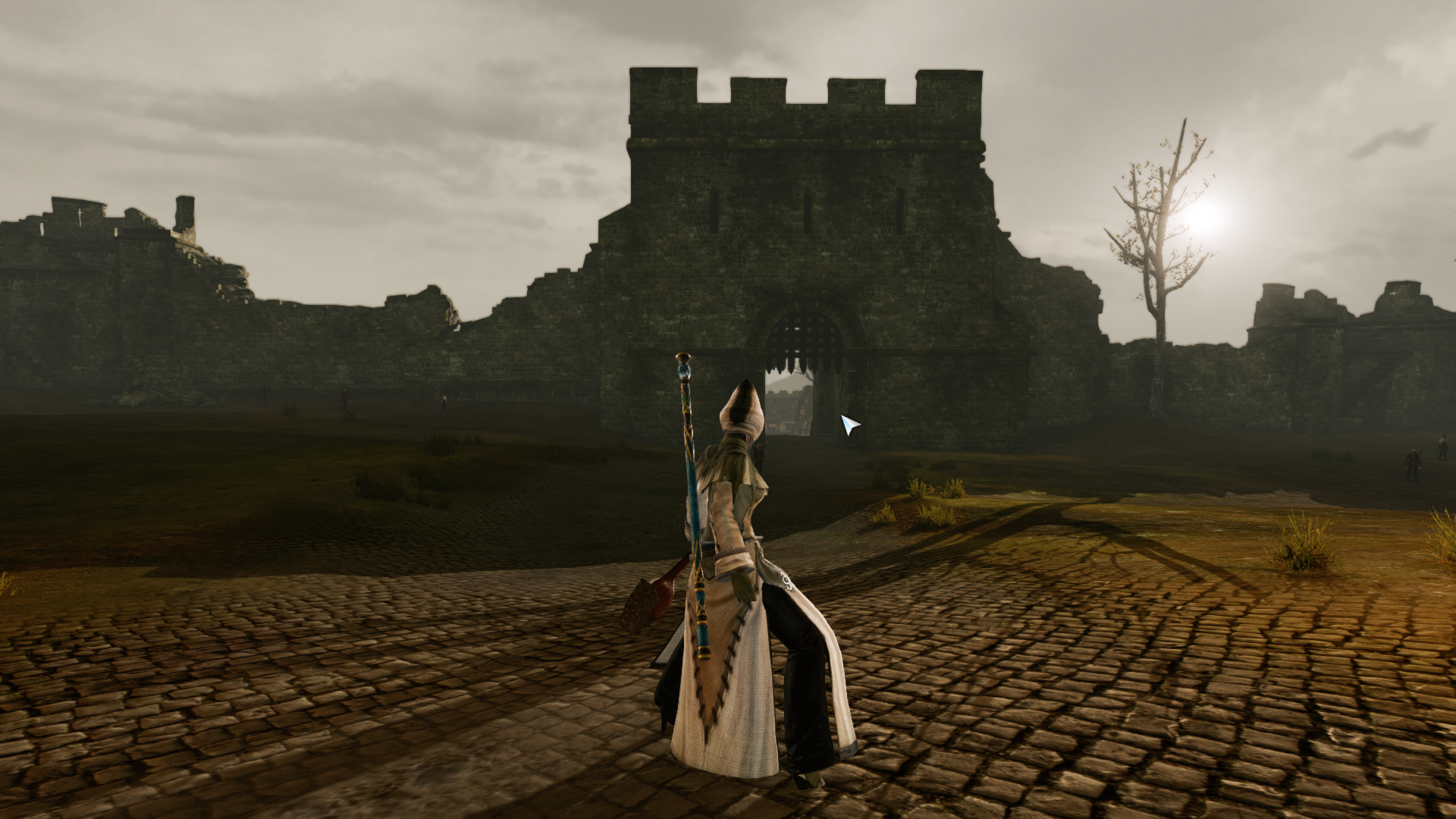 When I found myself on the other side of the portal, I ended up on some awful hellscape of an area with burned lands, some dirtied castles, and enemies that, while a couple of levels below me, put up a pretty sturdy challenge. Not only did this provide my first few deaths, but also kind of affirmed that my gear was probably not up to muster. Still, I managed to get by some fights by the skin of my teeth, only really falling over when I faced more than one opponent.

I wandered (and died on) this little island for a bit, taking up a couple more quests just to see what was new here as well as to see if maybe people would pounce on me here, but all I ended up doing was a bit more PvP breadcrumb trail finding. Once I picked a fight that saw both me and my target die at the same time, I elected to call it a wrap for my time in ArcheAge. 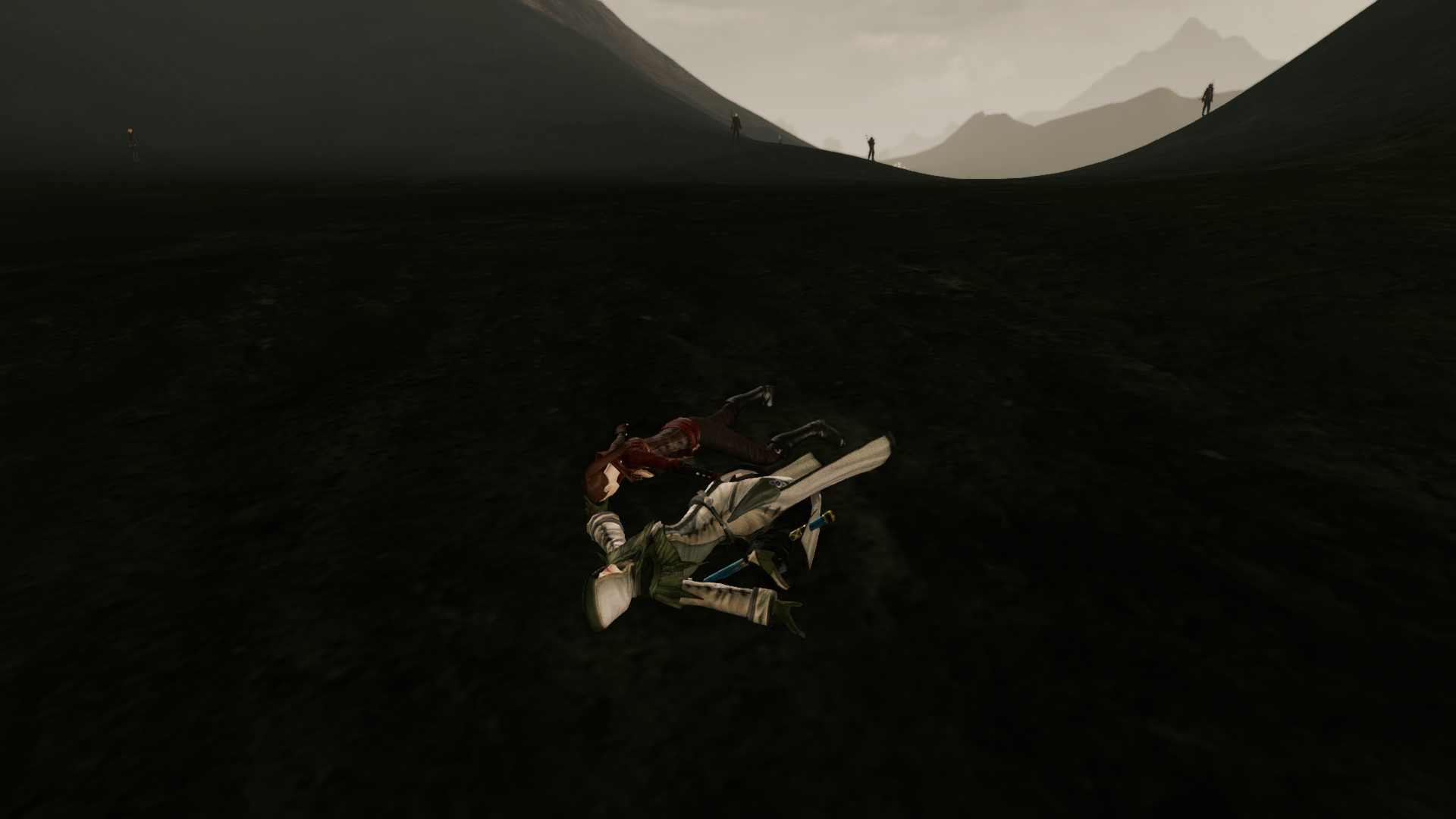 Thinking back on my time in the game, I don’t know that I didn’t enjoy myself, but I also admit that I wasn’t exactly eager to rush into the game either. It just is, doing it’s own thing (or more specifically the themepark things that’s been done before) without too much intense passion or gusto. It’s a perfectly serviceable experience that, while not as awful as I had first assumed, certainly wasn’t something I’ll recall with any great fondness.

Of course, the game has its own problems, particularly in regards to its monetization. And again, I don’t doubt that there are instances where high-level players mow down those in the middle level ranges for sport or lulz or some other vapid reason. But I had fun enough. I can’t necessarily call this game something to outright avoid, but I really am not convinced it’s something to recommend either. It’s just fine. 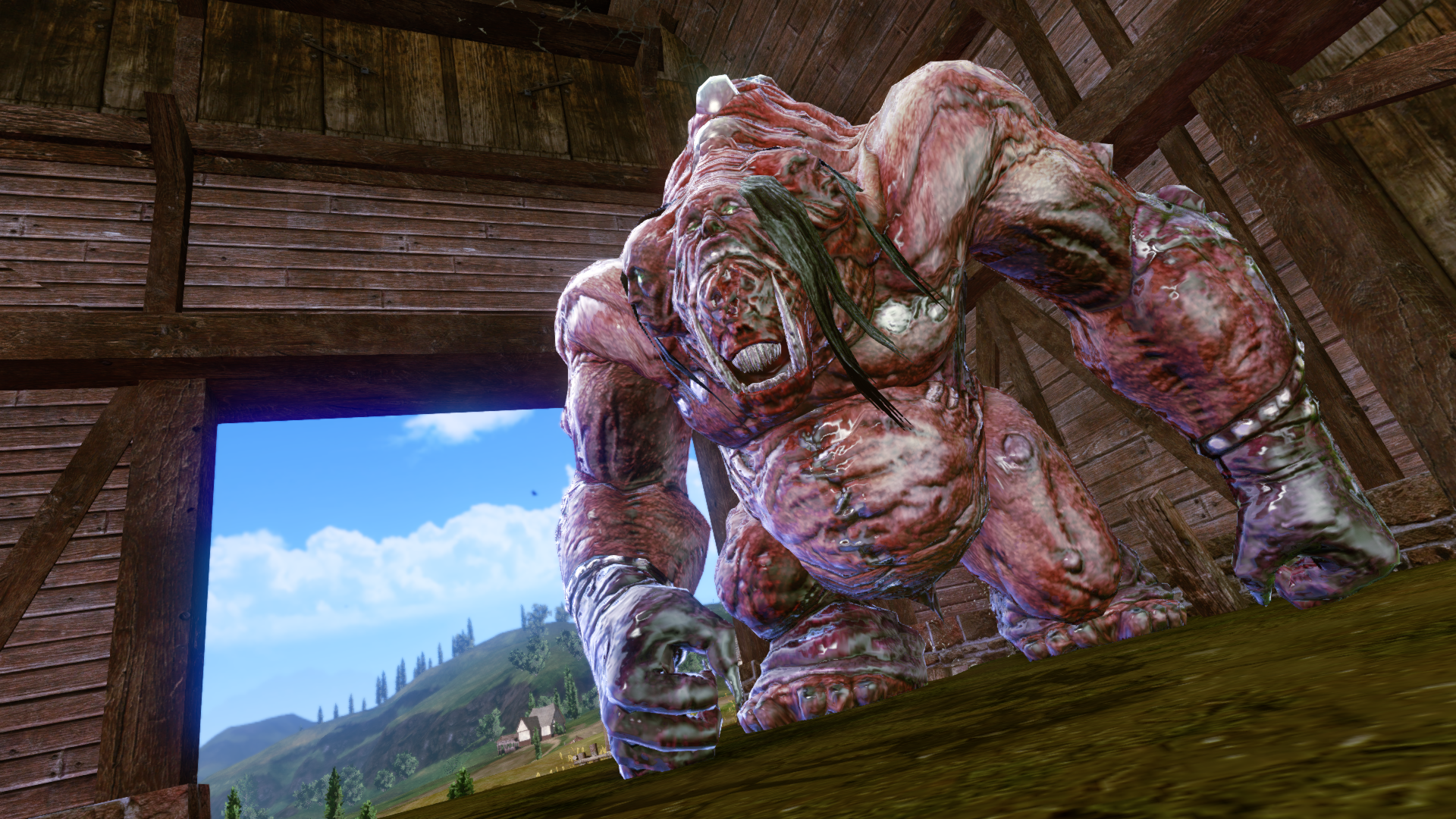 With that out of the way, it’s time to look ahead to the next month’s adventure, and this time we’re heading in to the world of Warhammer: Return of Reckoning. Now I admit that I am having some very real trouble installing this thing on my system for some reason – it appears to be a known issue as of a March 2020 update – so I might need to forestall the next column for one of the other choices from last week’s polling. That said, I am going to try like hell to get this game working and I welcome assistance on that front.

In the meantime, I’m going to assume that, by the end of this week, I’ll have the game functioning and ready to roll, so the polls for this week will operate under the assumption that is the case. So while race and class choices will ultimately end up being up to my discretion (because factional restrictions), it’s time to choose a side.

Which faction should I join in Warhammer: Return of Reckoning? 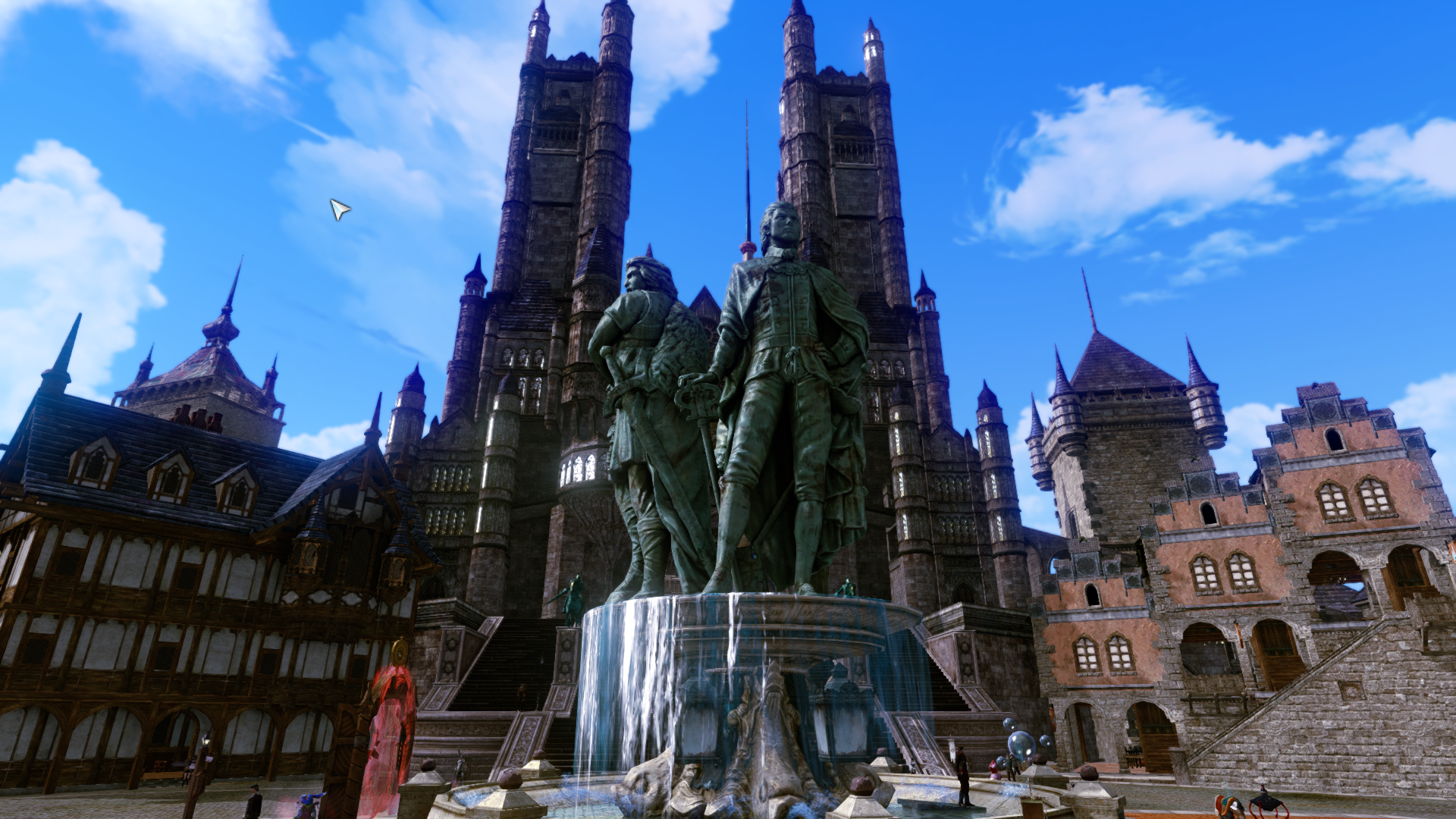 Polling will close up at 1:00 p.m. EST this coming Friday, January 29th, just as usual. In the meantime, I’m going to once more remove Glyph from my system and move on with the rest of my gaming life.