Mental note: If I ever want the legions of readers to flood our One Shots comments with submissions, I merely need to ask for sunrise and sunset pictures. You guys went nuts (in the best of ways).

We’ll kick off today’s submission tour with this stunning pic from IronSalamander8. “What better way to appreciate the sunrise than as a Sunflower from Garden Warfare 2?” Iron asks. “Here a flower admires the view on the volcanic Boney Island, making sure to show the central caldera as well as the sun.” 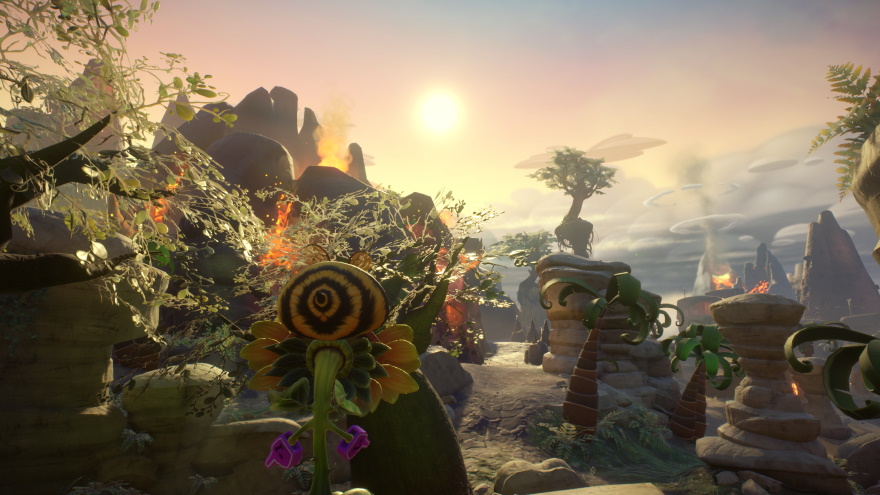 Hikari dove into a brand-new MMO to scope the visual landscape: “Reposting some shots from the Elyon CBT1 cause this is a damn difficult game to get good shots in.”

That’s a travesty to hear — comprehensive screenshotting tools should be a priority! 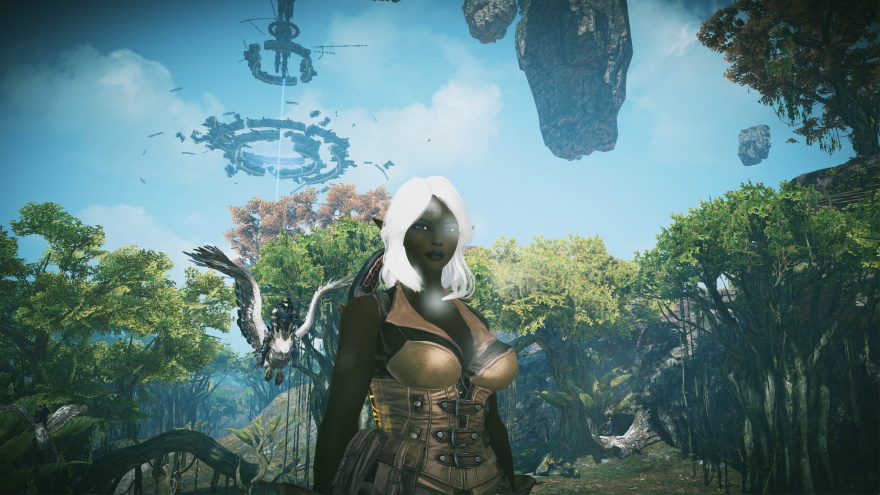 “Here’s the sunset at Amon Hen above the Anduin River on the East Wall of Rohan in Lord of the Rings Online,” wrote Ashfyn. “Hobbit Hunter Amaris takes a breather before continuing on her quest to complete the many deeds of Middle-earth.” 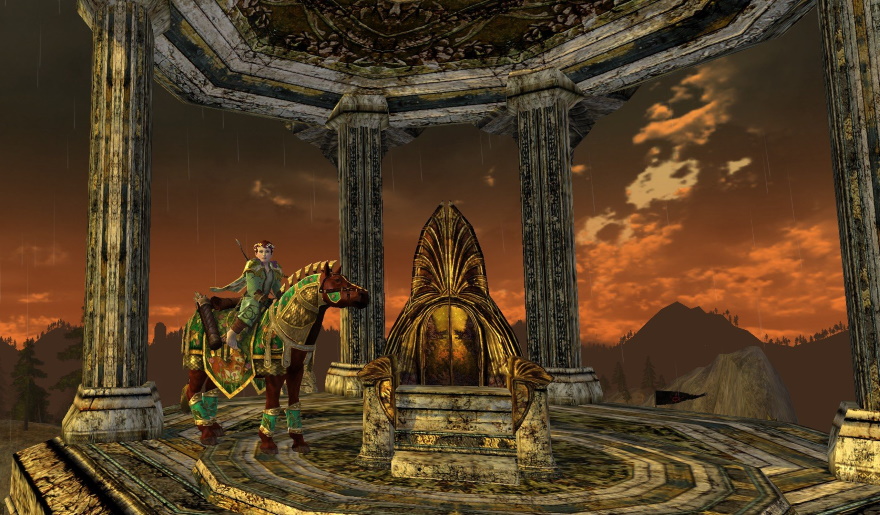 “There are no sunsets in World of Warcraft’s Shadowlands, least of all in Revendreth,” said Smitedoctor the Feared, Beardy, and Smokin’. 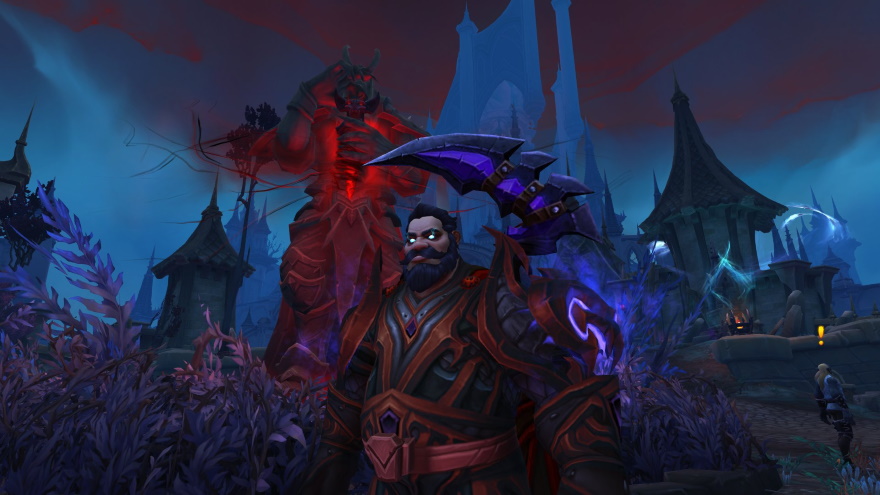 “I still enjoy playing Second Life from time to time,” said Ardra. “Unmatched number of things you can do in that game. Anything you want, really. Zipping around in my Rob Halford gear and my chopper. \m/” 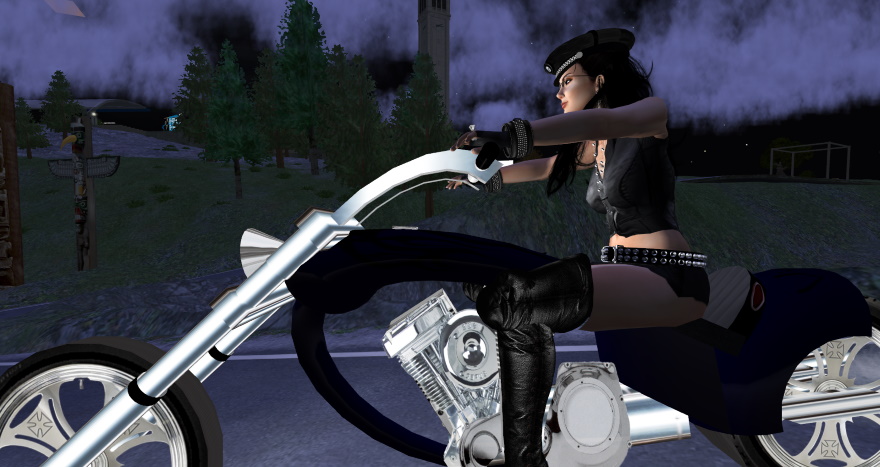 Flex that screenshot button and get to posting because we’ve got to top last week! If you need a screenshot challenge, post a picture of an MMO pet peeve and tell us why.

one for the history books… Landmark

I can say with certainty that I know most of the camera tricks in the book, but a big pet peeve I run into is games that don’t have proper face lighting, especially on darker skin tones.

The lengths I have to go to in certain games to get a good shot can be frustrating and usually involves getting above the world lighting or finding an extremely brightly lit object (IF it reflects its own light).

Some, like BDO, are better than others, but I’ve still had countless shots spoiled by bad face lighting.

Do you have an Nvidia card? Ever tried ANSEL? I’ve taken some mega-resolution pictures from BDO and the ability to zoom in and see fine details is beyond imagining. You can also make SBS VR-friendly pictures that are amazing in the visor.

So, couple of problems with those suggestions.

Firstly is that this is how the characters appear in-game. In lots of games. BDO isn’t the worst offender by any stretch, but even it has issues at certain camera angles. I know lots of tricks to getting a good shot, but this is a peeve not just of screenshotting, but of gameplay.

Secondly, in my variation of this art form known as screenshots or in-game photography, I try to represent the game as it is natively. With a few exceptions, I don’t use exterior filters, color correction, and definitely don’t use programs like Reshade and their ilk. If the game’s native screenshot utility is Ansel (like Conan Exiles) then I’m happy to use it, but enhancing the images beyond what the game provides is just not something I do.

The latter, I know, is a personal choice, however, asking a photographer to fix a game’s visuals is like asking a modder to fix all your game bugs. I don’t play those games either. :)

In a peaceful zone where one can gather ores, herbs and all kind of fish, one can also shoot a magical bazooka at peaceful mobs to collect even more materials, every game need a bazooka moment like this.

For pet peeve, glamour restrictions in FFXIV, after collecting materials to craft few items i learned that the items are restricted to one job and i can’t use them on all other jobs, i spent 2 hours just trying to make this outfit and bye dyes for it.

Rohan is staggeringly huge. You can spend literally months there if you do all the content.

A formation of Lunar Whales in Mor Dhona.

I don’t have a screen cap of a pet peeve in an MMO, (there’s a few but the one I was thinking of was people that stand on clickies we need to quest, progress, or what have you with giant characters, mounts, or whatever, so you can’t click the clicky!)

So I took a different angled screen shot of the volcano on Boney Island as my Alien Flower (sunflower variant), instead!

Dauntless releases the Bloodshot Shrowd and a new omnicell in latest...