Square Enix’s latest financial report is a textbook example of “good news, bad news” for players. The bad news is that the studio had a poor quarter, losing 16% of the financial ground gained from the same period last year. A big part of that drop was the underperformance of HD game sales.

The good news? Final Fantasy XIV continues to be a solid performer and actually improved in its subscriber count year-over-year. Along with Dragon Quest X and Final Fantasy XI, the MMO side of the company went up a few billion yen this quarter.

“In the MMO (Massively Multiplayer Online) Game sub-segment, net sales rose versus the same period of the previous fiscal year due to growth in the number of monthly paying subscribers for Final Fantasy XIV,” reported the studio. It went on to say that it is going to “focus on retaining [FFXIV] users through a variety of operational initiatives.” 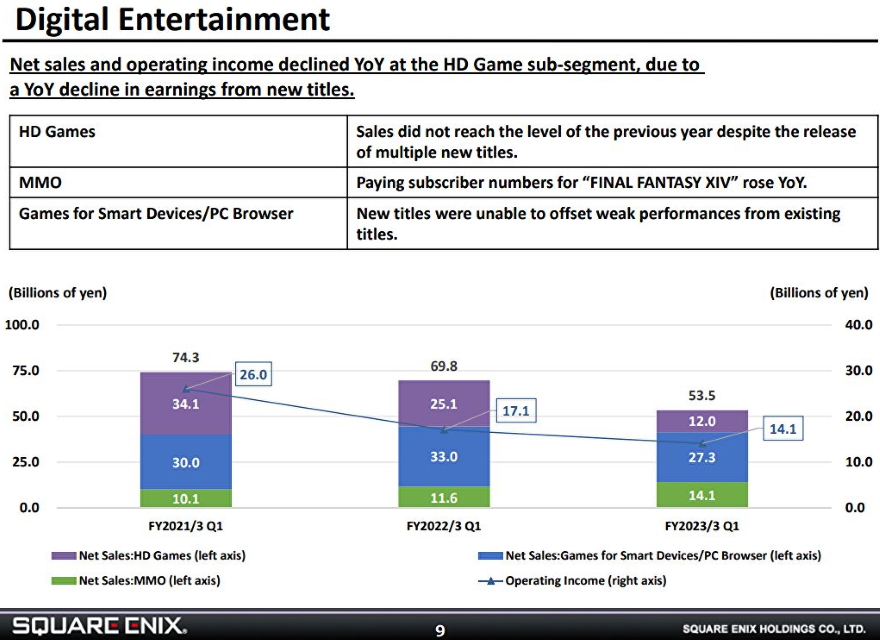