Just how much multiplayer Halo Infinite would include has been the subject of a lot of fuss over the last year. It didn’t even have co-op multiplayer for its launch in 2021, delaying the multiplayer campaign into 2022. Beta for couch co-op finally began this summer, so you’d likely be expecting that soon too, right?

Apparently not. 343 Industries told stream viewers yesterday that local co-op has been canceled outright specifically so the team can focus on the game’s live services.

So what live services will you be getting? According to the roadmap, there are two new maps, a 30-tier battle pass, a new game mode, a winter event, an experience revamp. It also appears that the beta for the Forge creator tool has been delayed. Next spring will bring a 100-battlepass with the third season of play. 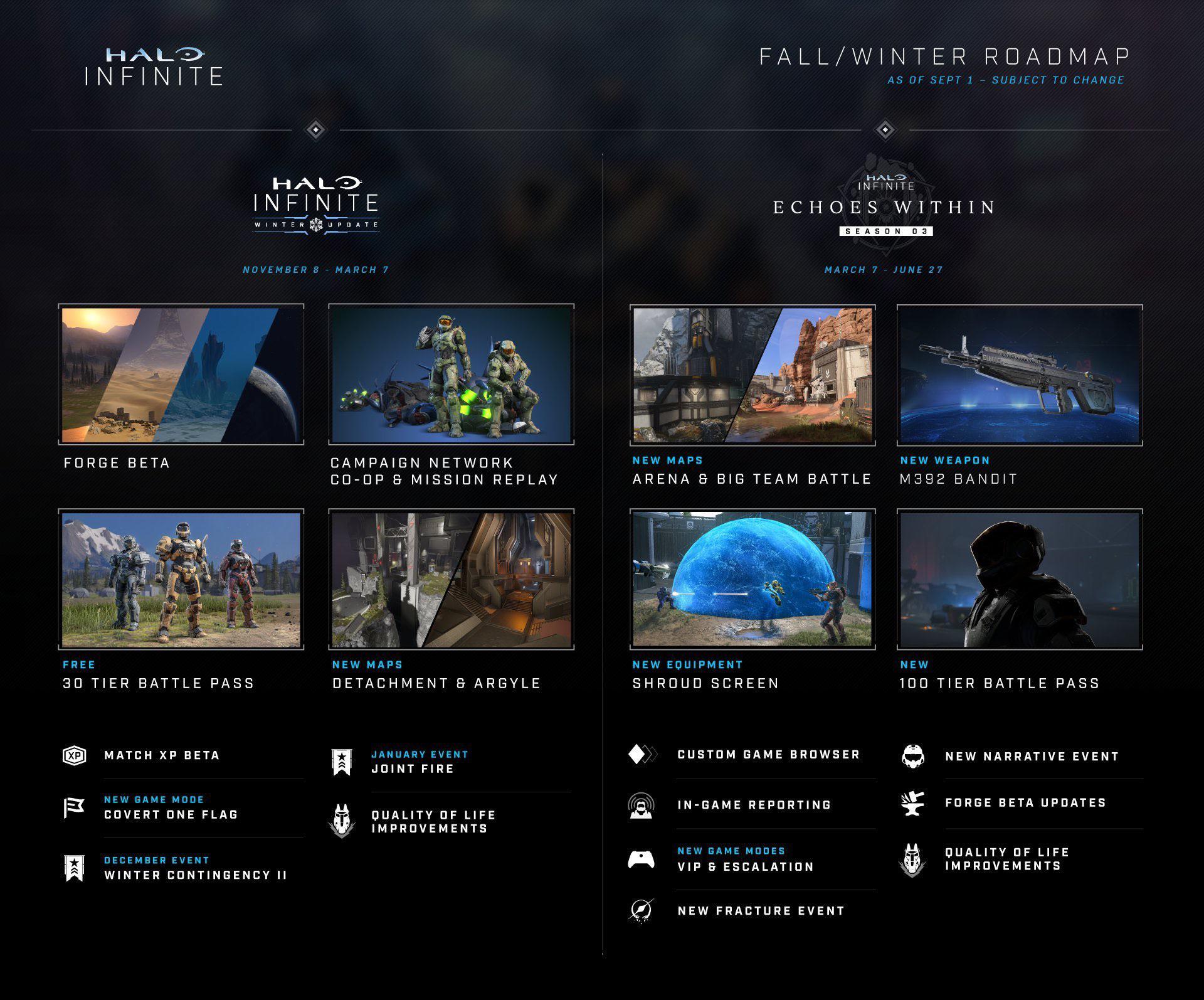 As Kotaku notes, anybody who has been waiting for couch co-op for a year – and paid for it because the studio kept promising it – are understandably ticked off.