After nearly a year of stopping to smell the roses, I finally made it to level cap in New World shortly before the launch of Brimstone Sands. Having now been level 60 for a several weeks, I’ve decided it’s time to take a look at my experience with New World‘s endgame.

New World‘s endgame is very focused on dungeons and group PvP, and as a solo player, I worried I was going to hit a brick wall. Happily, I can now report I was wrong to be concerned.

To be clear, while questing is where my heart lies, I’m not opposed to running dungeons. Chain-running instances was one of my main activities in World of Warcraft when I played, and I also ran dungeons fairly often in The Secret World after it added matchmaking.

But in both cases, matchmaking was the key, and it’s something New World doesn’t have right now. I have no patience for the archaic and often elitist process of forming groups manually.

Beyond that, NW‘s endgame dungeons are mainly run in mutations, an extra hard mode with additional challenges including but not limited to time limits. Everything about that sounds unappealing to me. I welcome a challenge when playing solo, but gameplay stress and social stress are a poor mix, and being even more rushed than MMO dungeon groups normally tend to be is a major turn-off.

I had initially planned crafting to be my endgame, but the intense grindwall around level 100 (of 200) in each crafting skill was a major buzzkill, and despite hours of grinding for materials as I leveled, none of my crafting skills was even remotely close to being endgame-ready by the time I hit 60. 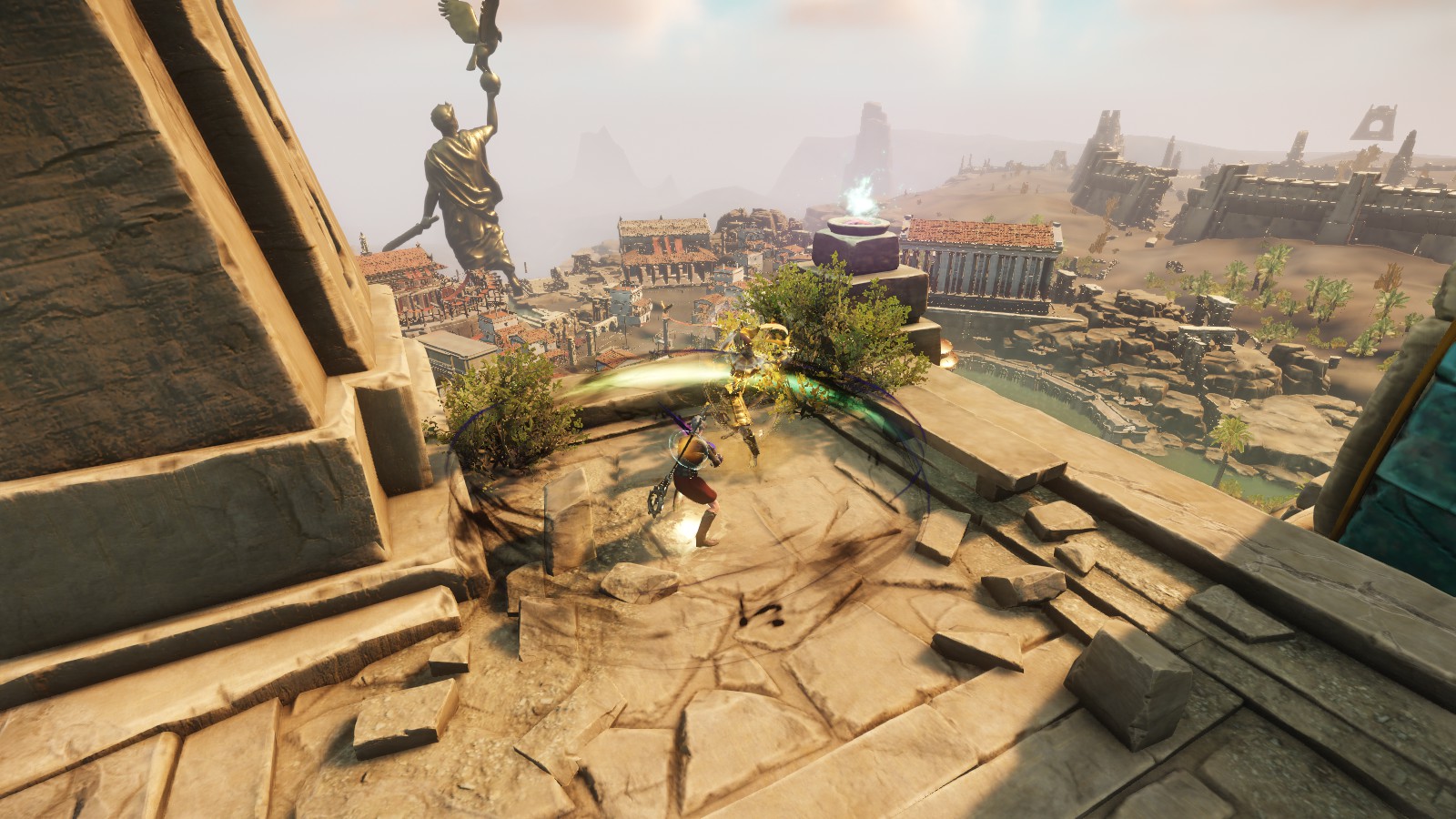 So what was I to do? Well, as it turns out, pretty much all the same stuff I’d been doing before.

To understand New World‘s endgame, you need to understand the twin systems of expertise and gypsum. Expertise is a score that provides a sort of cap to the item level of equipment that can drop for you. Occasionally you’ll get a drop at the upper end of your expertise level, and you’ll get an expertise “bump,” increasing the potential level of future drops.

If you manage to acquire items above your expertise level (such as via the trading post), their item level will be down-scaled to the mid-way point between its level and your expertise. As your expertise increases, so will the level of the item, until it reaches its native level. Named items such as the legendary weapons from the Brimstone Sands quests have also recently been exempted from this down-scaling, allowing you to skip ahead a bit.

I’ve heard expertise criticized as simply being grind for grind’s sake, and… yes, it absolutely is. But so is pretty much every other MMO endgame system under the sun, so I don’t see how this one is much different. It does seem as though it was originally much too slow to progress, but nowadays the rate at which you level expertise is much more reasonable.

Gypsum, meanwhile, is a system of currency used to get additional gear and expertise bumps. Virtually every form of content in the game drops its own particular flavour of gypsum, but regardless of source they all refine into gypsum orbs. These orbs are then refined into gypsum casts corresponding to a specific gear slot (your chest armour, for instance), which are then converted into gear. The gear is rarely worth anything, but it always provides an expertise bump. 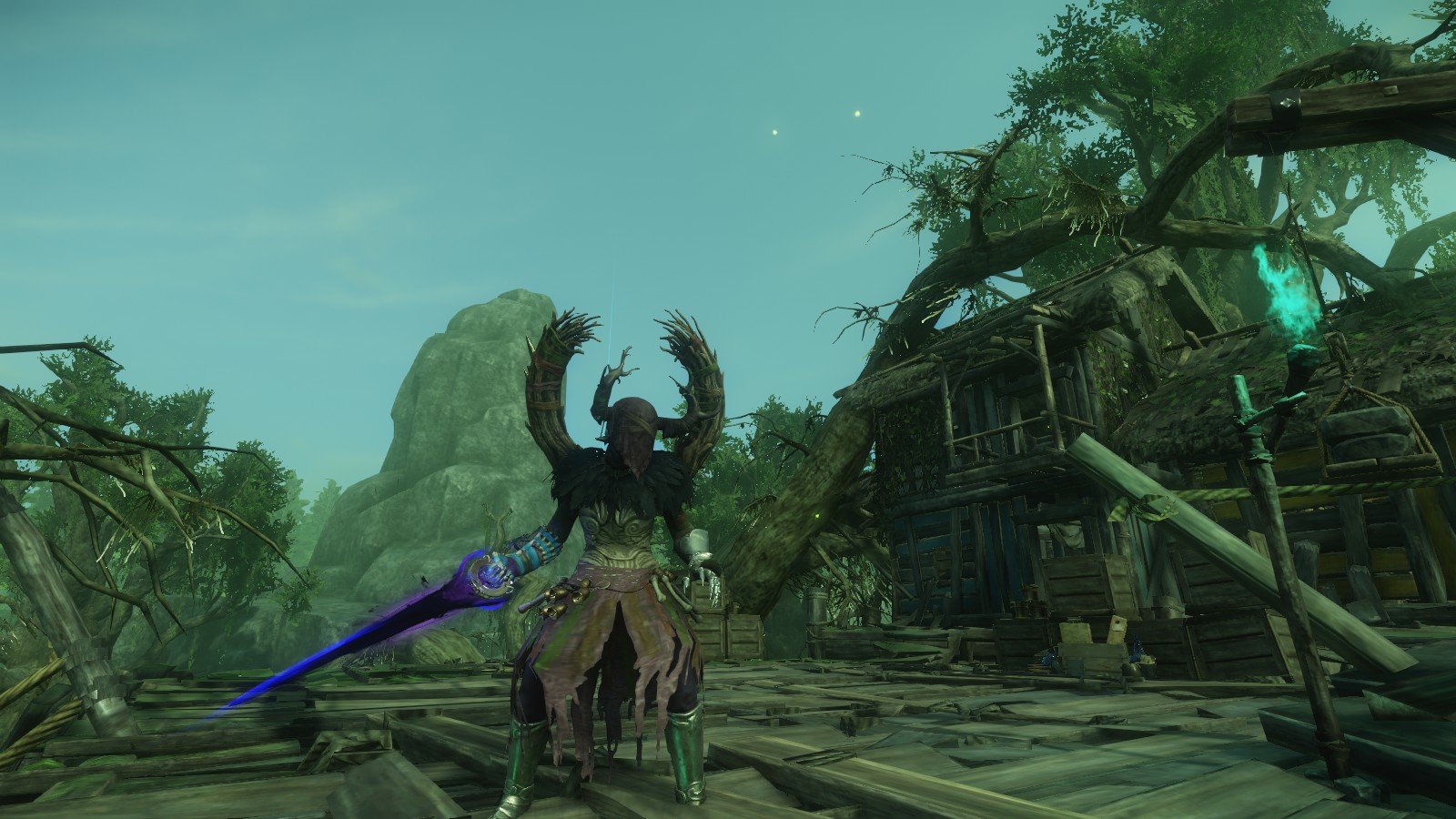 If all that sounds painfully complicated, well…. I won’t say it’s simple by any means, but it is the sort of thing that sounds a lot more complex when you write it out than it actually is in practice. When you’re actually engaging with this stuff in game, it’s actually pretty easy to wrap your head around.

Ultimately, the entire expertise/gypsum system can be summarized as, “Do any content you want, and you’ll get meaningful rewards.”

And that is the saving grace of New World‘s solo endgame. I don’t need to do dungeons or PvP because I can get gypsum other ways. For a soloist, the two best means of progress are diamond and topaz gypsum.

Diamond gypsum is available from holiday event rewards, but when events aren’t running, it drops from the hidden caches you get from gathering. It usually takes only about five minutes of play to earn my full allotment of diamond gypsum for the day, and I can do it while running to and from other objectives.

Topaz gypsum, meanwhile, drops from mobs level 55 or higher, but only if you first imbibe a gypsum attunement potion. These potions can be crafted at the arcane repository, but you don’t need any level of arcana skill to make them. The drop rate for topaz is a bit low, but each potion lasts two hours (the timer pauses while offline), so you’ve got a decent amount of time to earn your daily allotment, and again, you it’s essentially just extra rewards for mobs you were going to kill anyway.

You can also buy full gypsum orbs from faction reward vendors, but only at max reputation, and unfortunately for me I’d heavily neglected my faction missions while leveling. That’s on me, though. Once I finally pay my proverbial dues to the Syndicate, I’ll have another reliable source of gypsum. 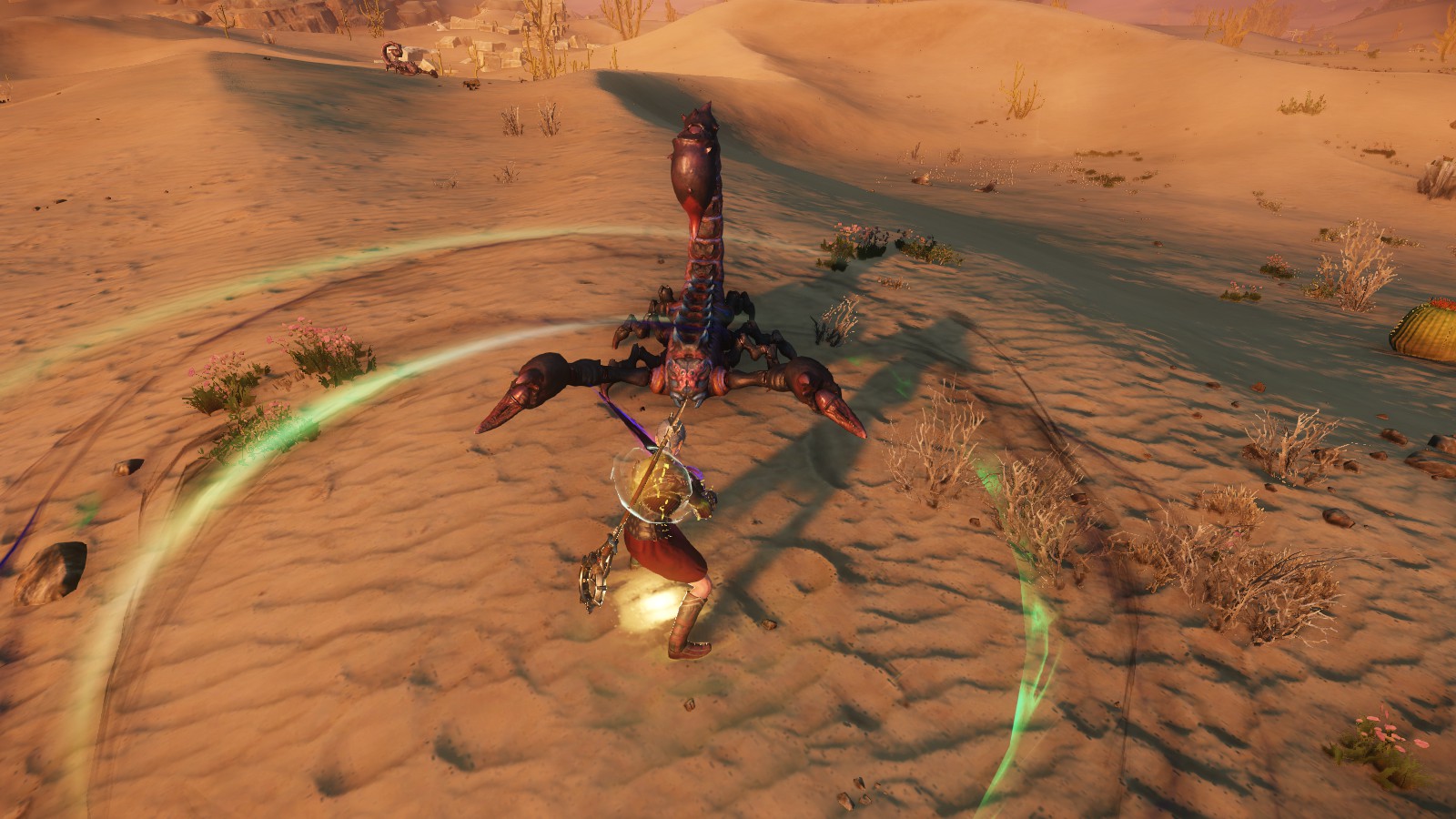 Some max level quests can also award gypsum. While non-repeatable, these can provide a valuable boost in progress, and the Brimstone Sands quests in particular are extremely generous on this front.

Let’s sum it up: If you’re a solo player just hitting endgame, you can buy a full set of high-end gear from the trading post; it’s relatively inexpensive if you don’t need best-in-slot traits (and as a solo player, you definitely don’t need those). Even with the expertise down-scaling, a set of ~590 gear will be a huge upgrade over what you had while leveling. Then you just keep doing quests and killing mops like you always have, relying on diamond, topaz, and faction gypsum to slowly but reliably increase your expertise and effective item level.

It’s a little barebones, but it works. I hope for more robust solo progression options in the future, but even if they don’t come, New World is still comfortably competitive with most other MMOs, with only a handful of titles offering more to the solo player.

The important thing is it lets me do the content I enjoy while still improving my character, and at the end of the day that’s the most important thing for an MMO endgame to offer.