Whether you’re a bittervet or a starry-eyed noob, every EVE Online player’s ears are going to perk up a bit today at the news from CCP Games that EVE Online is getting a “major new expansion” dubbed EVE Uprising.

“Uprising is a brand-new narrative-driven expansion for EVE Online launching in November, ushering in major improvements to Factional Warfare (FW), introducing a suite of new ships in addition to a plethora of balance changes to existing ships, corporation and alliance logos on your vessels as part of the introduction to heraldry, new visually immersive hangars, and more. The first narrative arc has already begun with the discovery of an abandoned EDENCOM structure after its cloak began failing over a storm planet in the system of Athounon. Capsuleers have also found mysterious construction sites across space, with some believing these to be stellar harvesters and stargates being independently constructed by the empires, leaving the tenuous peace between them at risk.”

The studio is promising “significant” upgrades to Factional Warfare mechanics and incentives to make it more “intense and exciting.” It’s a phased rollout, meaning some of this is happening this fall while other chunks are slated for early 2023. Heraldry, boosts for Upwell hangars and docking, and plenty more are on the docket. The roadmap and teaser trailer are tucked down below. 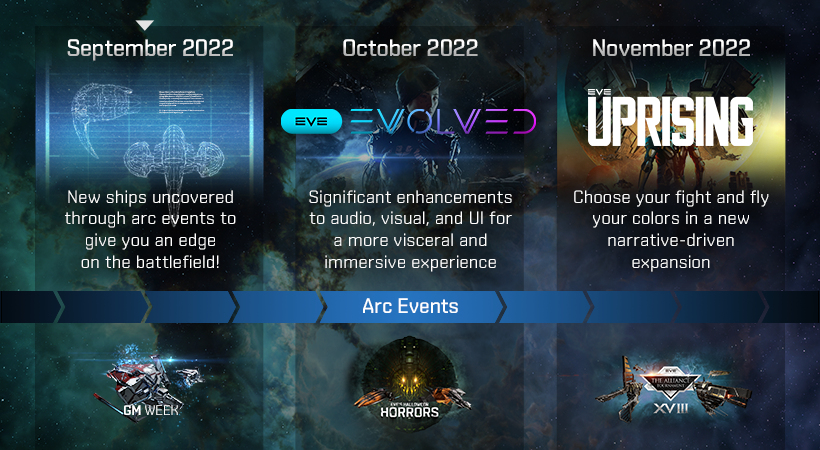