END_OF_DOCUMENT_TOKEN_TO_BE_REPLACED
Happy Revenge of the Fifth! Because this column comes out on Tuesday, I’m a wee bit behind on wishing you a happy Star Wars day, but that said, some very important things happened yesterday. Not only was there exciting news in the Star Wars theatrical universe, but Star Wars: The Old Republic started its 12x XP and opened up the rest of Ziost.

I’d like to cover those two areas today. First, I want to give you a guide on how to prepare yourself properly for 12x XP so that you get the most out of it. Believe it or not, if you do 12x XP “wrong,” it can kill some of the fun. And I’d also like to talk about the second part of Ziost. If you saw my livestream yesterday, then you saw the spoiler, but I will try not to spoil anything that hasn’t already been spoiled by the Shadow of Revan expansion. 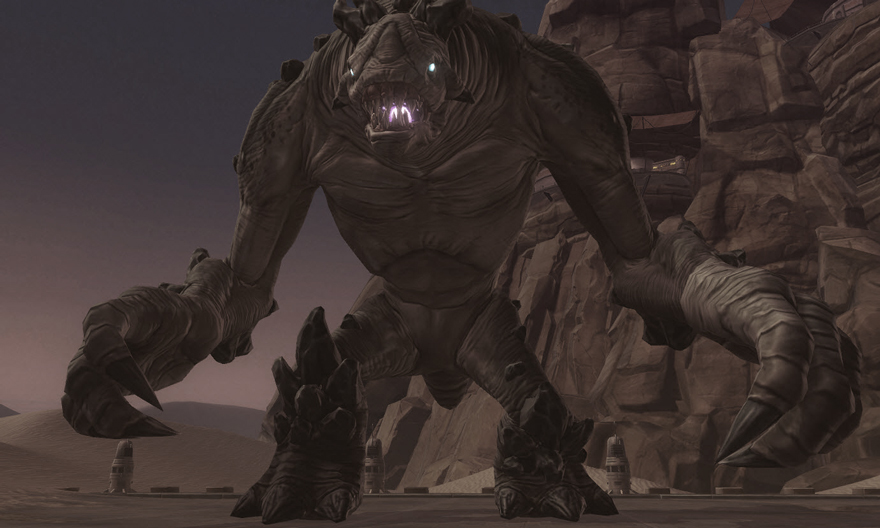 Right now, I’d like to talk to you about how to make the most of your 12x XP bonus. And that starts by getting the XP bonus in the first place. You do have to be a subscriber to get the XP bonus. Here’s a little-known hint for those looking to get back into the game: If you were a subscriber and haven’t subbed for 90 days or more, you can follow my refer-a-friend link and play as a subscriber for seven days. This will give you the 12x XP bonus. You also gain a free server transfer if your server happens to not have the population you like. (My server is The Ebon Hawk if you’re wondering.) I don’t want to turn this into a big ad for my refer-a-friend because that’s not what this is about, but I should mention that if you don’t have an account, you can click the link and gain other rewards outlined on the refer-a-friend page. Everybody wins! 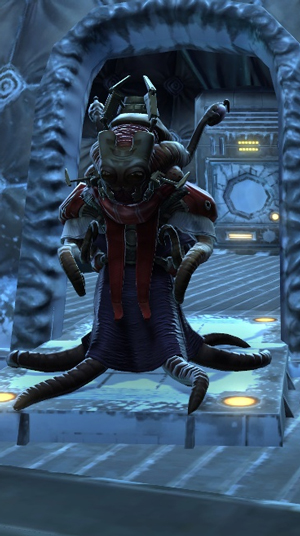 If you’ve never run through the planetary missions, I do recommend that you turn off the 12x XP for that character. Once you leave the starter world, you’ll end up on the Republic or Imperial Fleet. There in Combat section of the main space station sits a Gree (a squid-like creature) vendor that will sell you a White Acute Module. This will temporarily turn off 12x XP so that you are not grossly overleveled for the planet when you get there.

If you are willing to just do the story quests, then you need to prepare yourself ahead of time so that 12x XP doesn’t become overwhelming. In order for it to work the best, you should already have a character above level 50 or one with a good chunk of basic commendations. These can be earned via heroic instances or a random drop from an elite mob. The magic number of basic comms that you need for the leveling process is 216.

Hopefully, you have enough reputation to gain a set of legacy-bound gear from a reputation vendor from Section X, The Gree Event, or some other place with a rep vendor — there are many of them. If you don’t, then I recommend that you buy the cheapest orange (adaptive) gear from the Galactic Trade Market or from the Cartel Market. In fact, I’d recommend getting four sets. This can be done by unlocking it in the Collection UI or simply buying four sets from the GTN or reputation vendor.

Now that you have four empty sets of armor, it’s time to put modifications in. In the Supplies area of the fleet, about 24 vendors stand behind different counters. They are labeled by level, and they are either armor or modification vendors. There are only four vendors that we are concerned with: levels 17, 29, 37, and 45 modification vendors. You might want to wait to buy from the level 49 vendor if you are unfamiliar with the class because the last boss can be tricky.

No matter your eventual role, I recommend that you level up as a DPS class. Mobs will die faster and your healing companion or tanking companion will do well enough to keep you alive as needed. Taking that advice that means that the item modifications that you need will center around two stats: your main stat, which varies based on your class, and power. Pick the armoring and mod from the modification vendor that has the most of your main stat. Warriors and Knights pick strength, Inquisitors and Consulars pick willpower, Agents and Smugglers pick cunning, and Troopers and Bounty Hunters pick aim. The lower level enhancements will probably not have the power stat on them, but when you see an enhancement with power on it, then buy that. Endurance, which is your health stat, will likely be on each of the modifications, but in the overall scheme of leveling, your health pools isn’t the most important. 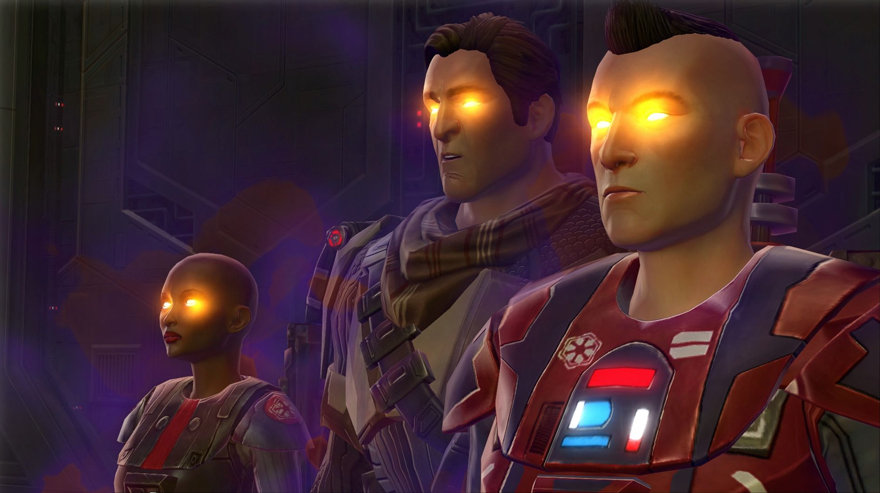 Each piece of armor takes one armoring, one modification, and one enhancement. If you add those to the modifications and enhancements of your main and offhand weapons and then add the armoring, hilt, or barrel that you need for the weapons, you have 27 different modifications. Each modification costs 2 basic comms each, which means each set of armor plus weapons will cost 54 basic comms. And since you will need to replace your armor only about once every 10 levels starting at 17 and ending at 50, you will need a total of four sets, costing a total of 216 basic comms — the magic number.

If you want to gear your companion similarly, then obviously, double the number. However, if you get Treek and play a Trooper or Bounty Hunter, she can just get your hand-me-down gear.

Now, you are ready to go do your class quests. Fly! Be free! But most of all have fun.

A surprise ending for Ziost

Lastly, I want to talk about the latest part of Ziost that was added yesterday. Although my hopes were extremely high for the planet, my expectations were low. I didn’t expect anything monumental or game-changing considering that it was just an update and not an expansion. In the end, we gained another daily area and a new operations boss. In a couple of weeks, I’ll have a guide about the cost versus payout for the daily area, but the most important part for me had nothing to do with the actual quest mechanics.

For the first time in a long time, I was extremely surprised at the direction of the storyline. Without giving away the actual story, let’s compare what happened in the story to another BioWare story: Knights of the Old Republic. The biggest reveal and ah-ha moment in that game was that your character was Revan. However, there was a moment well before that it was revealed that you were Revan that had a pretty big impact on me: Malak bombarding Taris. It was shocking and gave me the feels. Although the Ziost storyline was different, it did evoke those same emotions. So I give a point to BioWare writer Charles Boyd for that one.

If you’re looking for the full spoiler version, I suggest you play it yourself or watch my Twitch VOD playthrough of the whole Ziost story that I recorded last night.