Armored Warfare, Obsidian Entertainment and My.com’s tank MMO shooter, entered early access two weeks ago, and now it’s time for round two: a second giveaway for this second round of early access. We’ve got 100 fresh keys for Armored Warfare to hand out to the first lucky folks who click the Mo button. Onward to the giveaway!

Here’s how to redeem your key: Create and log into your Armored Warfare account. Go to your profile and select “Redeem a Promo Code.” Insert the code to activate. You can download your client on the official site once you’re all signed up and squared away.

If you already had access to the first round, you won’t need a key to this one; you’re automatically in, and your progress will carry over.

This leg of the test phase runs until June 24th on Monday through Friday from 7 p.m. to 11 p.m. EDT and Saturday through Sunday from 6 p.m. to midnight EDT. Expect to test out the new Roughneck map in particular, as well as a revamped economy, tier 7 vehicles, and lots of bug fixes.

If you don’t score a key from us today, you can snag access by buying one of the game’s early access founder packs. The official site says the devs are “hoping that it will only be a few months” between the launch of early access and open beta.

Check out the EA2 trailer and EA1 infographic while you download the client. Good luck and have fun! 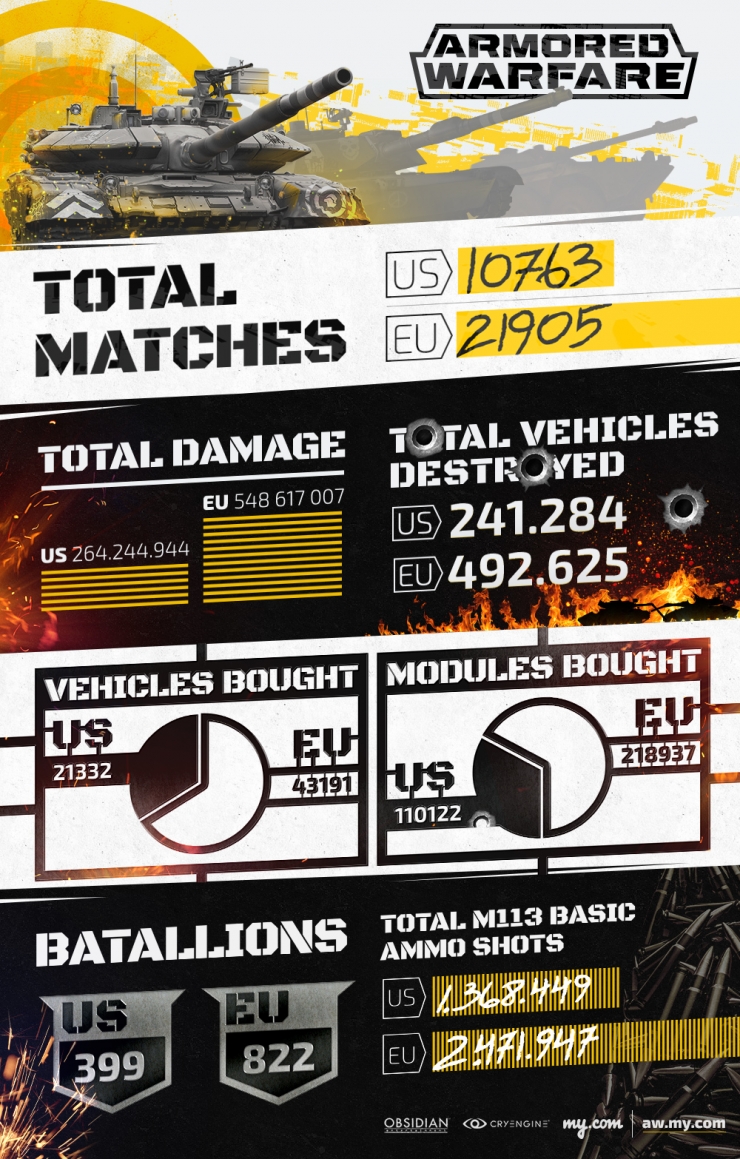 Drat, it appears I was about an hour late. I am very curious about this, mostly because it seems very outside Obsidian’s wheelhouse.

Wild_Phil Obsidian was what made me click on it.

I got a key and I always miss these things. Time to play the lottery.

Looks interesting, Obsidian is a solid developer, and I love tank games, but who is their target audience?  There are already several tank MMOs with World of Tanks being the WoW of the tank mmos.