Have you experienced EverQuest II’s Heritage Quests? If not, then you haven’t truly experienced EQII! While basically all MMORPGs have level grinds and dungeons, and many have housing and crafting, few can boast a system like HQs. These special story-driven quest lines are epic endeavors, meant to send players on a grand adventure (usually all over the map) in order to earn an impressive treasure — treasure that, along with the story, many times pays homage to the game’s elder sibling, EverQuest.

HQs are no wham, bam, thank you ma’am quicky quests, either. They aren’t light questing fare that can be whipped out in a 10-minute gaming session. HQs usually involve quite a chunk of time as well as a few friends to complete; thanks to the dungeons and even epic encounters, adventurers who are completing Heritage Quests at their intended level will often need others to join them on these jaunts throughout Norrath.

There are however, some tricks to increasing your efficiency and maximizing your effort. If you’ve been following OPTV’s EverQuest Two-sday adventures, you’ve learned a few of these tips already by watching the crew work through many HQs. This guide gathers all those hints together to share them with you so you can be prepared to tackle these worthwhile quest lines (a complete listing of which will come next week!).

While it isn’t exactly necessary, the first tip is to have a few friends or guildmates already set to run these adventures with you. It is definitely easy to solo the HQs if you are significantly over-leveled, but if you are in the correct level range you’ll find some of the steps to be pretty difficult. Having folks all ready to go with you will save time; sitting round trying to form a PuG who wants to do HQs could possibly eat up your entire gaming session. That’s not to say that a PuG is impossible to find. In fact, you might even form up your own HQ crew! The main point is, have a crew.

If you do get a regular group going for this, you get the added bonus of ensuring that folks are on the same step. Much time can be lost sitting around waiting for folks to catch up to various points. There are steps that can be completed solo, but that only works well if everyone actually completes them!

A huge time-saver is having a class that can open portals as a member of your group. It doesn’t matter whether it is a Wizard, a Fury, or a Warden — all three can transport you places pretty quickly. If your party only has one class and you need the other portal, just hop to Enchanted Lands and use the Ulteran (Wizard) Spire or Druid Ring there as both portal types are really close to each other.

What if the zone you want to travel to doesn’t happen have either a Wizard Spire or a Druid Ring? No problem! You can still jump to Enchanted Lands and use the nearby travel globe right on the docks. Those with access to Wizard portals can also use Moors of Ykesha for a quick jaunt to a travel globe. 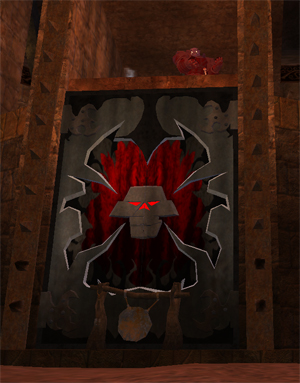 In at least two instances, your party will have to sneak into the main city of the opposing faction. While not necessary, if you are lower level it is very helpful to have a group member of that faction on the inside spotting for you so you can avoid the guards. This saves time by saving you from respawning outside of the city gates when you are caught.

Watch what you say

Here’s a big hint: Don’t mindlessly click through the dialogue! While it often doesn’t seem like your conversation choices mean anything in EQII, it actually can — especially in HQs. There are instances where a wrong choice will not advance the quest or even give you the quest. Even worse, you might have to start completely over! (Yes, I actually had to do that for Training is a Shield, while streaming live no less.)

It can be exasperating to be all set to tackle some HQs with your mates when you suddenly discover that someone, possibly yourself, hasn’t met one or more of the prerequisites to begin. Most of the prerequisites can be done solo (or are even easier if done solo), so it is a good idea to set time aside to knock these out well in advance of your group’s plan to meet up for the HQs.

Some HQs involve needing to understand a language before acquiring or advancing the quest, so make sure you have the language before your group embarks on the HQ. Player character races have language primer in the home cities, while the mobs rely on gathering specific items as loot drops. Trying to loot enough language items for a full group is pretty rough. HQ’s that involve languages starts as early as level 14 with An Ax from the Past. Note: If you are trying to play a purist character that does not know any other languages, be prepared to be unable to participate in certain Heritage Quests.

Some HQs also have special quest prerequisites which need to be completed beforehand. At times, these are full-on chains you have to work through. Other HQs need you to discover an item to examine in order to start the quest. It can be frustrating to try and farm these drops as a group, so ensure you have already acquired yours before the group forms for your HQ adventure.

With over 50 HQs, folks with a variety of alts can quickly lose track of who has done which one. For this reason, keeping a little spreadsheet where you can check off each one when completed is much handier than trying to scan through the HQ section in the completed quests log. If you don’t want to hand-make your own, you can print off and use this one. Just be sure you find a safe space to store it so you aren’t having to replace it often!

To save time in the long run, you had to devote a little time to preparation. Now that you’ve gotten all these steps down, you are ready to dive into the Heritage Quest timeline. But where should you start? Tune in next time for a complete listing of every HQ in EverQuest II and some tips on which ones to do concurrently to save even more time!