Conan Exiles needed some good news this month, and it’s getting just that.

“Funcom today announced that Conan Exiles, the studio’s open-world survival game set in the savage lands of Conan the Barbarian, will shed its Early Access skin and launch in both digital and retail stores on May 8th, 2018. Currently available in PC Early Access and Xbox One Game Preview, May 8th next year will also see the premiere of Conan Exiles on the PlayStation 4.”

Funcom does note that the PS4 won’t get any sort of early access period, though preorders will begin soon, complete with a limited collector’s edition, and yes, it has a Conan statuette, as well as the map, artbook, soundtracks, comic book, and digital goodies.

The studio had previously announced that not only might some PC features be cut before the formal launch but that the price of the game would be increasing from $35 to $50 on console. PC players will see a $40 price point, though of course it’s cheaper if you buy it while it’s still in early access. 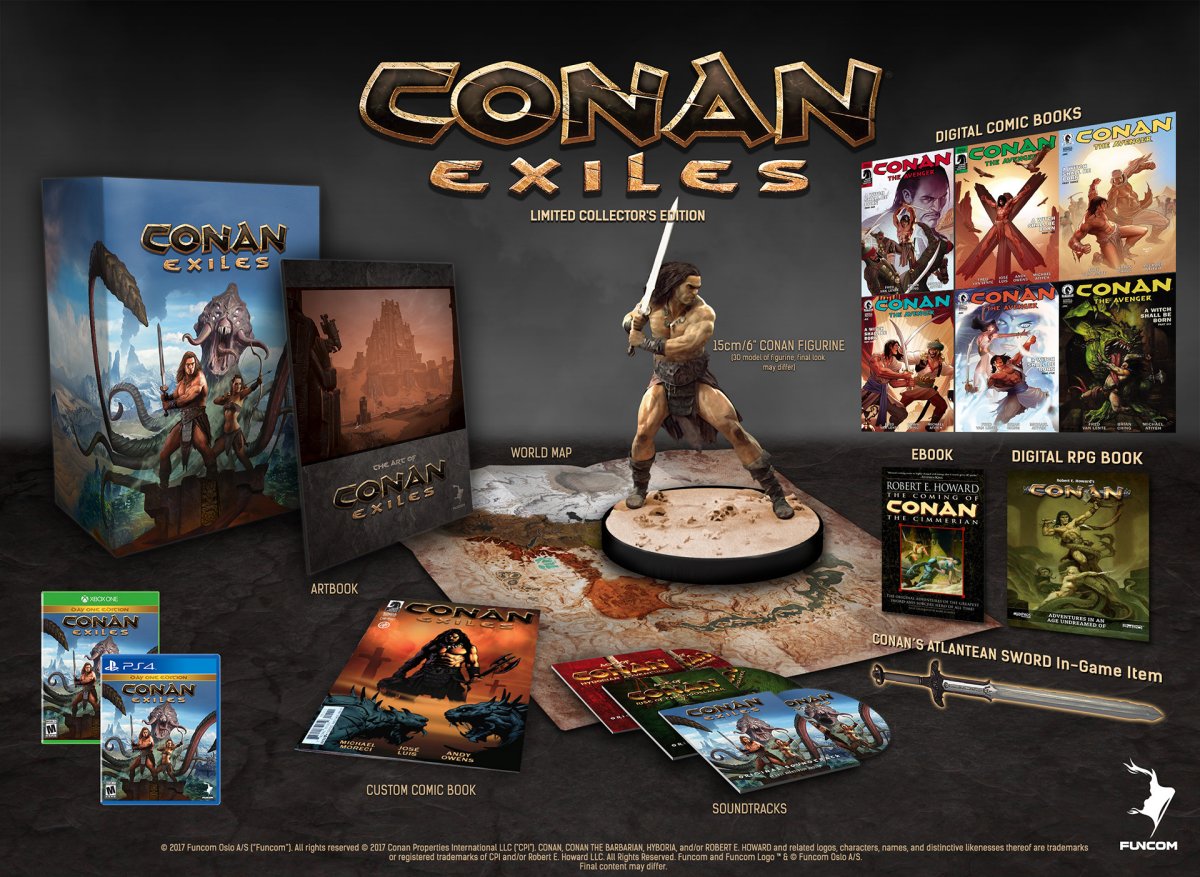 I’ve been playing this for over a year in early-access via Steam. Truly great game. Yes, it still has occasional bugs but they’ve really improved and added a bunch of content. I’d strongly suggest getting the game early – via Steam, BEFORE everyone and their mother gets their hands on it – you’ll have an advantage on all the newbs, and be ready to dominate all up and comers. ;)

Have they given a date for when they will be announcing the release delay yet?

Cool! Funcom … had no margin for error and CE & SWL have turned out well.