END_OF_DOCUMENT_TOKEN_TO_BE_REPLACED
If you’re still reeling from yesterday’s revelation that TERA is merging its console servers from 22 down to seven, then you can cheer yourself right up with a peek at the game’s 2018 content roadmap. En Masse was delivering the bad news first, apparently!

In August, players can expect the Gridiron PvP battleground, plus two in-game events; then in September comes the Ninja and guild improvements. October is for Halloween festivities, naturally, and November is the big one, with a “major build update containing two new dungeons, new end-game gear, class balancing, and more.” December is no slouch, either; it’ll run a winter holiday and a new endgame dungeon, and then January will have yet another endgame dungeon and the Valkyrie class.

In other words, the playerbase might have condensed a bit since launch, but En Masse has gobs of content in store saved up for console players all the same. 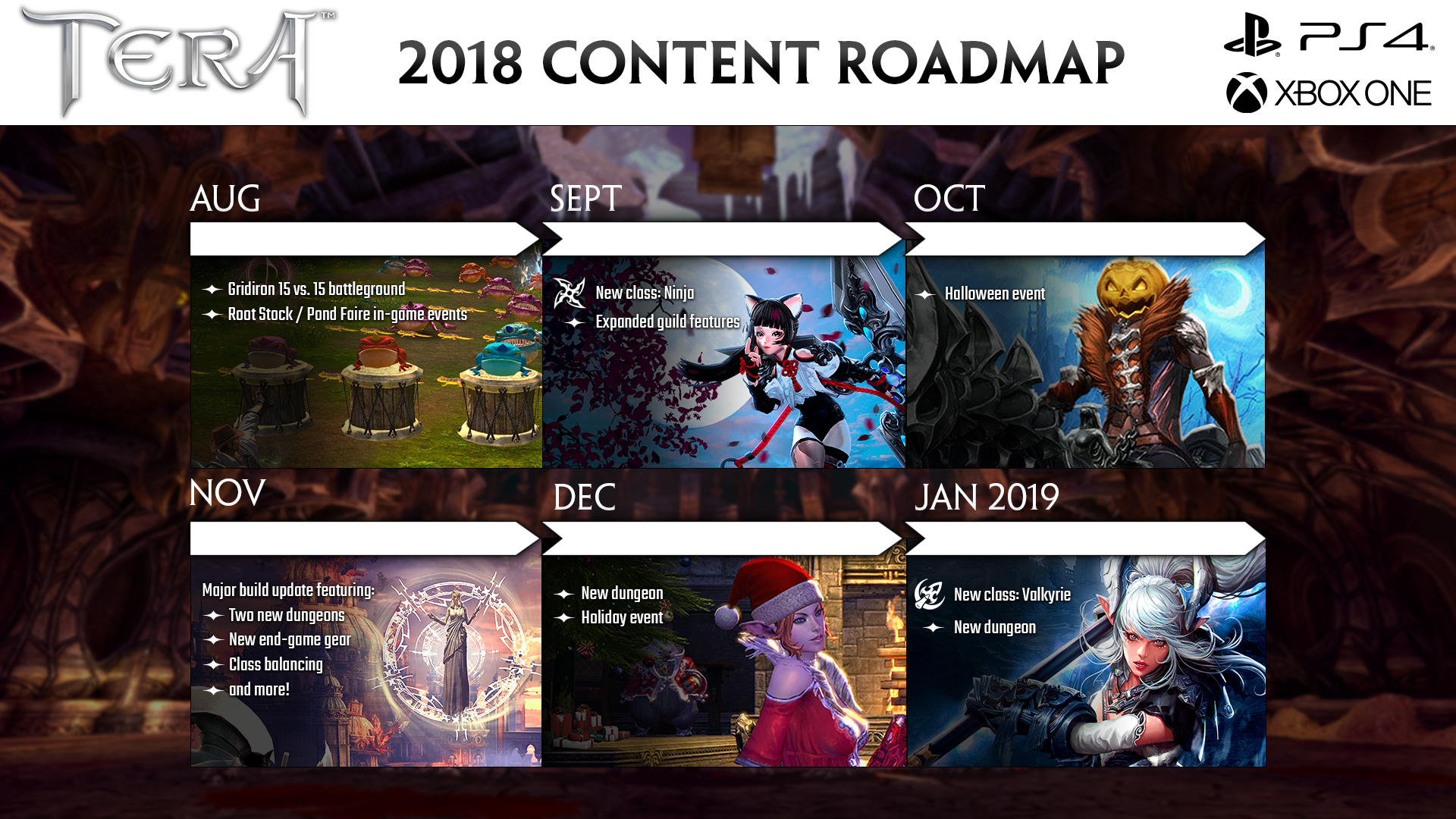