Did you think Bethsoft’s Fallout 76 woes couldn’t get anymore woeful? You lack imagination.

According to multiple Reddit and forum posts collected by Kotaku, those folks dutifully sending tickets to Bethsoft’s support desk in order to claim the canvas bags from their collectors editions – a whole ‘nother fiasco – found that a bug in the support system was granting them absurd powers in that system, effectively amounting to a data breach.

One gamer tweeted she was “receiving every single one of [gamers’] support tickets on [her] Bethesda account,” including real names and credit card numbers.

Bethsoft says it’s resolved the issue – no really, that’s all the post says – but the company hasn’t made any formal admissions of the data breach yet.

As Kotaku’s Luke Plunkett put it, “I can’t believe this game (and now its support) is such a mess that I’ve had to write three stories about a plastic bag.”

But I’m an MMO writer, and this is 2018. My first RPG was the game-within-a-bug called Daggerfall, and Elder Scrolls Online literally deleted my hard drive when I installed it from the disks. I can definitely believe this, bag and all.

@BethesdaSupport I am receiving other people's support tickets on my @bethesda account. I have numerous people receipts for power armor set that includes their email & home address and the type of card used. This is not good, right? #Fallout76 pic.twitter.com/KUpGCNfIF0

Source: Kotaku, official forums. Thanks, Danny and GreaterDivinity and Pepperzine!

Tl;dr it wasn’t as bad as everyone was making it out to be. Folks are just thirsty for drama.

Folks are just thirsty for drama.

That’s funny coming from a person who in this same article gave even a moment’s thought to a friend’s cockamamie internal sabotage conspiracy theory.

The internet blew something out of proportion, that’s so unlike it. hehe

When i get in with peeps whom play a game hard, EQ2, SWL, and now Fallout 76 they are oblivious to what the f is going on outside the game world.

Example; Below i posted my very first meme ever. Currently playing with a couple from the crew i played SWL with, i stay in touch with them on snap with her account he doesn’t do phones apparently lol, knew there was something i like about that guy. Anyway, i mentioned last night i said i made my first meme today, they be like cool about what? I said i’ll send it later.

We log off i forgot to send it, sent it this morning, and she writes back, ready for this…

They had no idea that all this took place. That was me when i started mmo’s back in EQ2, i or we never had any idea what the f was going on outside the game, we just played the f’in game, so enjoyable, i think it was around the time EQ2 started wow’ifying the game that we started doing more internet drama reading. Like the saying goes ignorance is bliss.

Did you inform them that they should be reading MOP regularly?

I got the pop corn out watching this train wreck….

Swing low, sweet chariot. Coming forth to carry me home….

Welp, the day has come. I never thought it would happen, but it seems that we have at least an equal to Trion’s ArchAge launch.

Oh, I think AA is still Michael Jordan. But Bethesda has introduced Lebron James, or so it seems.

It is hard to conceive such incompetence unless you see it first hand. It may be the perfect storm, but Jimmanee Christmas, you would think that Bethesda would be handling anything and everything 76 related with kid gloves.

Yes, that means ensuring something like this doesn’t happen, ever!

I’m am dumbfounded, just like I was during the AA debacle.

I dunno. This was crap in beta and was crap in release. They never did a bait and switch since it always sucked. Right? 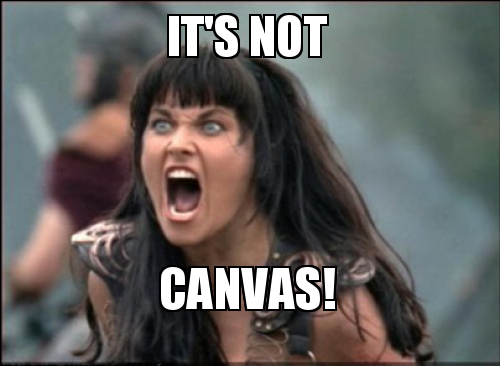 At this rate, creating a MOP website just about Bethesda screw ups is becoming an increasingly viable option.

you can’t even make this stuff up.

After a certain point, the amount of apparent incompetence starts to look like a pattern. Something really, really smells about this one.

Bethesda needs to clean house. Now. While it still has a house to clean.

I’ll still defend the game, Fallout 76 itself is an amazing game, but all this, i can’t stand up for them, it’s a complete PR disaster due to shear incompetence and greed trying to shortchange peeps to begin with (almost looks good on them).

The praise and the qq for the game itself is barely audible over all the screaming about the screw ups on a company level.

I was waiting for the all the crying that “it isn’t another single player game?” to die down and let them get back to making the game even greater. but… wow!

Of course its a pattern. we;ve known bethesda to be horrifically incompetent at coding basically anything or at PR since their early days. Its just this is the first time its finally bit them in the ass.

For the most part their previous games weren’t competitive and Bethesda allowed players to roll out their own fixes to boot.

FO76, with its always-online multiplayer setting and the no mods policy, would have required Bethesda to clear up their act in order to avoid issues. Bethesda utterly failed at that.

Researching something last night completely unrelated to gaming, even there i noticed mention of the leak which also showed a poll and you have to hand it to Bethesda when they do something they go all out and win, they beat NMS for worst launch disaster of all time.

Paid B.E.T.A. testing of the customer support system: A new low in the gaming industry?

Does Bethesda employ any competent software developers? I know many good developers do not want to work for gaming companies cause they pay poorly but come on, they should be able to find at least a couple.