I love Smash Bros. I love the mascot battles, the random items, the hazards. And in Super Smash Bros Ultimate, I love the new Ultimate meter that makes the game feel a bit more like traditional fighters, the Underdog boost option that assists auto-handicap by giving less skilled players a free ultimate, and the new stage morph option that brings in even more randomness and hazards. Yes, if it’s not obvious, I play Smash as a party game, not a serious brawler, and to be honest, I’ve always had a hard time finding a group that actually doesn’t mind a random explosion deciding the fate of a match.

This is where online play should be helping. Online should be there to connect similar players who may not have a local scene that caters to them. But since the game’s release, players have been complaining about Smash Bros Ultimate’s online scene, and it’s not just party smashers like yours truly. While all fighting games have communities that complain about broken characters and moves, I want to focus on two aspects of Smash Ultimate that you may have heard a lot about at release: the difficulty of finding “serious” players online and the horrible lag you’ll surely experience. 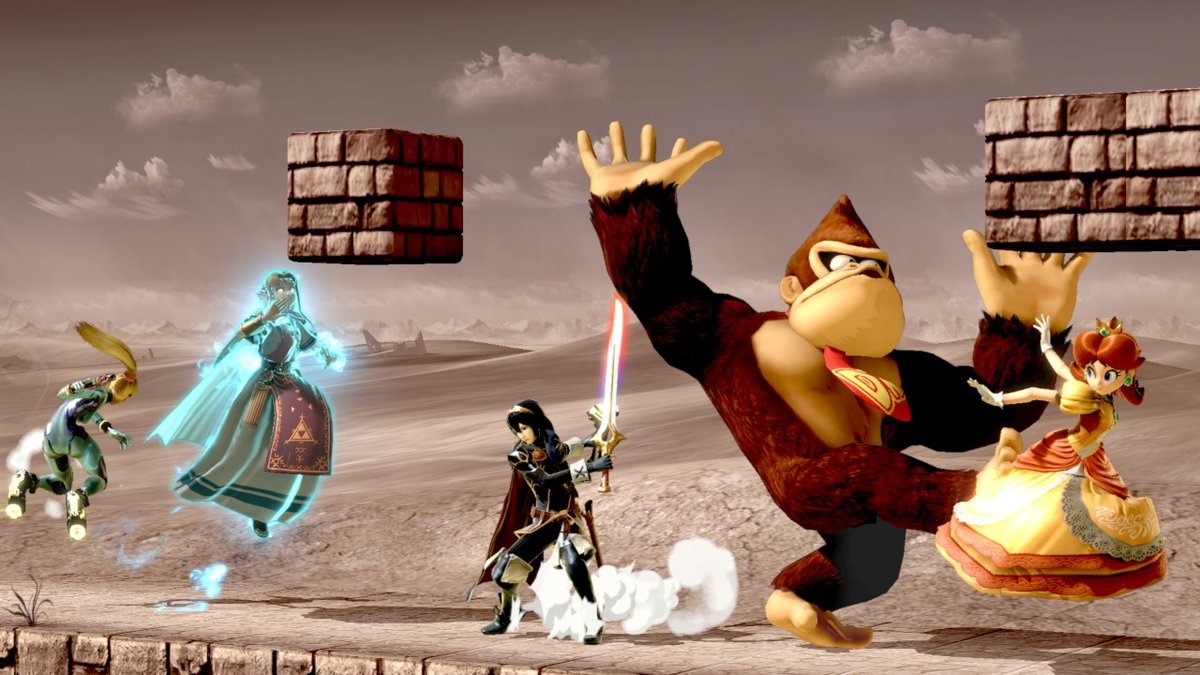 Just like many old-school MMOs (and some of the lesser ones), release day was not kind to the Smash Bros Ultimate’s online community. While I didn’t have too many mid-match disconnects, I did have many matches that felt like they were stuck in slow motion. Not only was it frustrating, but the new “queue in background” doesn’t work with many game modes other than the basic local player Smash. That means you can’t play the storyline while waiting for a decent online match of the type you want (more on this later).

Truthfully, it’s basically just like the last Smash at launch. Nintendo’s never been known for its online play, though Splatoon and ARMS did surprisingly well. However, they both also had (free) online test phases, whereas Smash Ultimate did not. Ultimate, though, is also the first big online title for Nintendo’s Switch Subscription system. Suddenly having to pay to Smash online without the connectivity feeling any better makes it difficult to justify the value of this move.

While there was an update that helped alleviate the problem a bit, it feels like time has been the great fixer to an extent. The playerbase has most likely dropped, but without hard numbers from Nintendo, it’s just anecdotal evidence. That being said, the first few weeks of release, the anything-goes style rooms in the “Battle Arena” (lobbies using host-selected rule sets) had numerous rooms. Getting into a match quickly wasn’t an issue at all. The past two weeks, though, during primetime, they were as many as 15 and as few as 4. 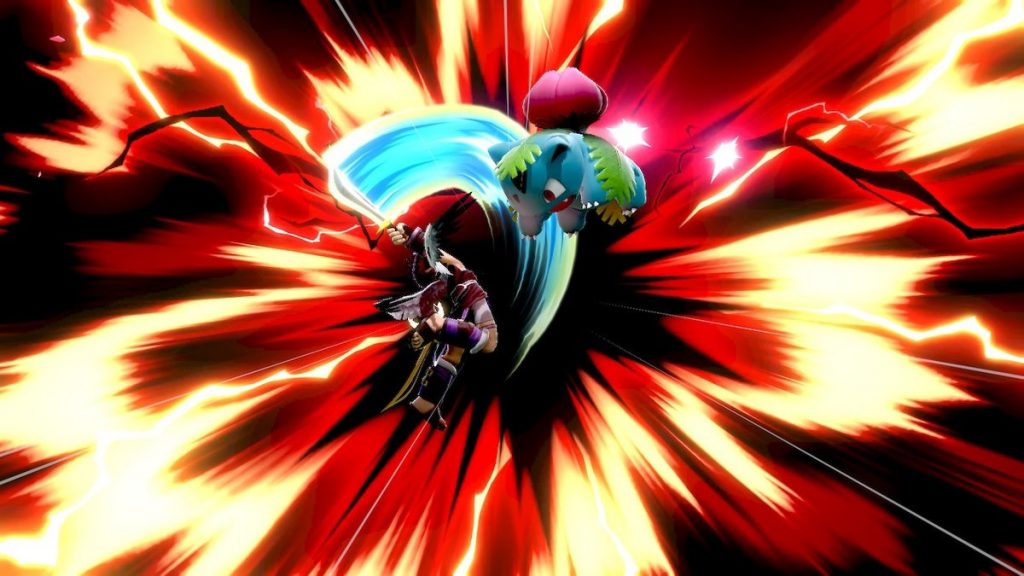 This is where I’d like to introduce the issue with the community rules and support. While some competitive players were throwing a fit about free-for-alls with items and hazards (basically what the series has been about right out of the box since the original game), casuals like me can’t experience the full craziness the local multiplayer game allows for if we go online. I don’t just mean using the “spirits”; I mean features like the new “stage morph” where mid-way into the fight the level changes. Even some basic features, such as “auto-handicap,” which makes frequent winners easier to launch than losers so matches can be somewhat more even, are also missing.

Quickplay may mean that hardcores sometimes have to play the game unfiltered, but it’s also the laggier option. This may be because hardcore players tend to want to play Smash the way you might play Street Fighter or Marvel vs. Capcom: 1v1, no items, no hazards. Things that make the series stand out in my mind. Instead of rooms with four or more people participating, impatient hardcores need more rooms with fewer people, which may be why this mode suffers from lag more. Bad connections probably don’t help either though, and maybe Nintendo’s online structure isn’t quite up to par.

That being said, for me, as a casual, one week after release during prime time on a weekend, after the first update, I had fewer disconnects. About a month later, and I haven’t had a disconnect that I can recall, and the Battle Arena lobbies have been mostly lag-free. And it’s there I want to stay.

At release, it felt as if Quickplay catered more toward casuals, especially as hardcores hadn’t yet started organizing themselves into their sanitized rooms (thanks, Reddit and other online communities). As the above video mentions, you don’t always get the kind of rules you want, even though you’re allowed to select rule preferences (like 1v1 and only hazardless stages).

While time and organization feels like it’s helped cut down on online complaints, the lack of repeat fighters after a match makes it often feel that perhaps half the community just wants 1v1s and is getting stuck with us party Smashers, and that’s frustrating for everyone. Having new people come in and out of the room makes it harder to get used to someone’s play style or learn something about them as a player, which is, well, basically why I play multiplayer games.

As with most Nintendo titles, there’s no chat option in game. Voice chat via Nintendo’s Switch app is possible with friends, but at that point, we might as well be using Discord or some other third-party option. Having chat would help players organize themselves into groups a bit better, but currently, we have hardcores with almost all the tools they need for their communities while casuals online can’t actually fully experience the same game they can play with local multiplayer.

This creates a bit of an odd mismatch in my mind. Hardcore Smash fans are allowed to play the rather sanitized version of the game the want online, but they clearly need to be organized and patient to do so. Quickplay is probably the fastest way to get multiple matches in, but since Nintendo’s online options limit the pool of potential players, it sticks hardcores with casuals who just want to have fun and not worry about parries.

On the other side is the casual player, who may get to play with items and hazards on, but not with a lot of the game’s features. I don’t just mean features introduced in Ultimate, but Smash Bros for Wii U, such as the Amiibo fighters (AI that can learn a bit, saved to real-world figurines), battles with more than 4 players, auto-handicap, and more. It’s an issue the last game had with its online option as well. Frankly, it’s frustrating that the online play still feels stripped of features, but especially that it’s stripped of features that make both the series and this particular title stand out. 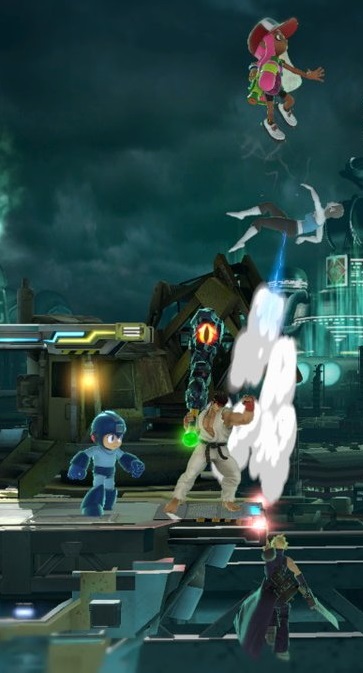 Don’t get me wrong, Smash Bros Ultimate is a game that’s easy for me to recommend. There’s a lot of great offline and local multiplayer content. I’ve had some offline-battles that really reminded me of why I like the series. The single-player campaign can be a bit frustrating but also requires some creative play and character flexibility, which I really enjoy. The online connectivity even lends itself well to themed events, giving us themed campaigns to earn certain spirits, which reminds me of good mobile titles, and area that I feel Nintendo’s been doing well in.

While I’m fortunate enough to have an offline, local-multiplayer group I can see once every month or two, the beauty of online play has always been the ability to connect players of similar playstyles so they can enjoy the game together. It feels as if Nintendo doesn’t exactly get that but is still asking people to pay for access. In fact, if you want to play with a friend online, there are several menus you have to jump through to get there.

Compared to Splatoon, Smash still isn’t a great game to play online with friends, and making new ones isn’t all that easy – even for casuals. There may be some improvement, but the title still feels as if it’s meant to be played locally.

Thanks for the article Andrew. As usual, a good dose of details to help me understand what is going on with Smash. I have not bought it yet although I love the franchise.

I might wait a little longer on this one. Local games are great but I was looking forward to playing with friends on the other side of the US. And so, I will wait until the online play is further refined.

Heads up on the mobile scene. The global version of Ragnarok mobile comes out on the 9th, 6am for EST folks. Can preload it up now. Kind of excited to see if it’s a good port, cause phones need more AAA style MMO’s that aren’t just autoquesting.

Thanks for the write up Andrew! I was just considering this game for online play!

Im still not sure though even after reading this :P