My guess is that most of our readers are already plenty familiar with Black Desert, being as it’s still the newest of the large recently launched titles from the last few years. But if not, you ought to give over a few minutes to watching the latest video from Pearl Abyss. While it’s specifically meant to recap the beta rounds that have run this past winter, it’s also a quick peek into how the game plays on console and how it looks period, even with gobs of players on the screen and horses stampeding all around.

END_OF_DOCUMENT_TOKEN_TO_BE_REPLACED
PA, incidentally, says in the video that 300,000 people took part in those betas, which is not too shabby at all, given that the testing was linked to preorder purchases. Last week, the studio ran down all the bugs it expects to have fixed before the launch gates open a week from today, though preorder folks will get in early on March 1st.

As for what they’ll find when they get there? It looks like an accelerated version of what BDO for PC got when it ported westward (which was already an accelerated version of what the Korean players saw). According to a snap lifted from the latest dev stream, the team is planning on rolling out Mediah, Valencia, and Kamasylvia just in the next four months. That’s gonna be a wild ride folks! 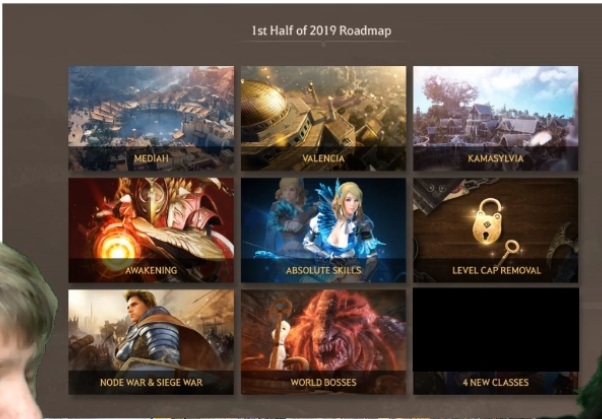 “And so, games became business models instead of models for fun, enjoyment and escape from daily life. Even political discourse seeped into the creation of narratives and characters throughout the genre. And so, people just stopped playing. No one at the time would have predicted the pen and paper fantasy explosion of 2025.”

Wish this would be available on PS4… I really hate the idea of paying Live Gold monthly fee on top of whatever else BDO might encourage me to pay for optimal experience.

Same here. I enjoyed BDO on PC but always felt like it would’ve been a great console game. Sadly I’m not an XBox user anymore. Hope the game makes its way to PS4.

Has anyone here played in the beta? How is it with the Xbox One controls? Is it overly PTW? Sorta thinking about buying the standard edition to give this a romp.

I’ve also been considering getting this. I just want to know how well they translated the UI over.

Most of the UI looked pretty good for a controller. Can watch various VODs and other video content out there for it.

Like I’ve plugged an Xbox controller in for the PC version, and it’s okay, but the console version is way better. Whole UI was overhauled entirely for console. Looks really good.

I’ve been playing it on PC with my XBox Controller and they’ve worked a lot on their initial controller implementation. I don’t need third party programs anymore to play it with a controller.

Assuming the cash shop is the same as every other version of the game it’s like this.

Most of the cash shop is basically selling you quality of life features. So despite being an AOE grinding game there’s no AOE looting option but instead they sell you pets that will loot for you. Swimming is dog shit unless you have a costume to make it be normal speed. Activities are often gated by your maximum weight or inventory slots. Tents, Maids, etc can help reduce amount of travel time back to town in between grinding sessions when you get full. That kinda stuff. Nothing that’s really P2W but nothing you’re exactly thrilled they gated behind a cash shop either.

Eventually in NA/EU version they also introduced actual P2W to the game as well by letting people sell costumes on the market and melt said costumes into cron stones. Cron stones protect your enchants going backwards when you fail which is huge and enables you to get better gear easier which in turn makes you better in competitive scenarios.

The cash shop in this game is one of those topics you either just accept it or don’t play. They don’t care and after 3 years of near constant outrage over cash shop additions they have never once even paused, stopped or changed their course. There’s no middle ground.

Massively on the Go: Tips for making a comeback in Pokemon...

Here’s how to join the beta test for BetaDwarf’s ‘friendshipping’ MMO...