Massive battles are the norm for sci-fi MMO EVE Online, with players routinely clashing in their hundreds or thousands over territorial claims and political alliances. Last year’s Siege of 9-4 was even large enough to earn EVE Online the Guinness World Record for the largest PvP battle in any game. Hundreds of other conflicts rage across the game each day as warring corporations clash in highsec and fleets roam lowsec and nullsec looking to pick a fight with their neighbours.

END_OF_DOCUMENT_TOKEN_TO_BE_REPLACED
The battles that break out in EVE are fantastic examples of emergent gameplay between players, but what you may not know is that a massive battle once kicked off in EVE without a single player being involved. I got chatting to CCP Burger this weekend at EVE North, and he told me the story of a fascinating emergent battle that once happened between AI fleets in EVE and that not a single player even saw happen. This unexpected event has important consequences for the possible usage of advanced AI simulation in the future of EVE Online.

To explain how two NPC fleets ended up smashing each other to bits without any onlookers, we have to go back and look at the development of AI in EVE. CCP has been rolling out its new advanced AI to the game in a controlled manner for the past few years, starting with NPC mining operations released at the end of 2016 that can call in reinforcements when attacked. The response fleets simulated player fleets, with logistics ships, defined roles, and even a dedicated fleet commander NPC. This was expanded on with Pirate Forward Operating Bases that adjust their response depending on the size of fleet that attacks it, and roaming Drifter NPCs that can chase players across a star system and kill them with a superweapon.

“Because aggression is based on standings, the nice thing about that is that it let’s us author the Blood Raiders as a whole and we basically say Blood Raiders hate Amarr, and they’re kind of OK with that faction, and OK with that faction. In theory, this could also pull in player corporations. So the Blood Raiders as a faction (in the distant future) could basically say, “Hey, that CCP Corporation keep killing us, let’s press down their standings,” and now they aggress CCP Corporation instead of Amarr.” – CCP Burger 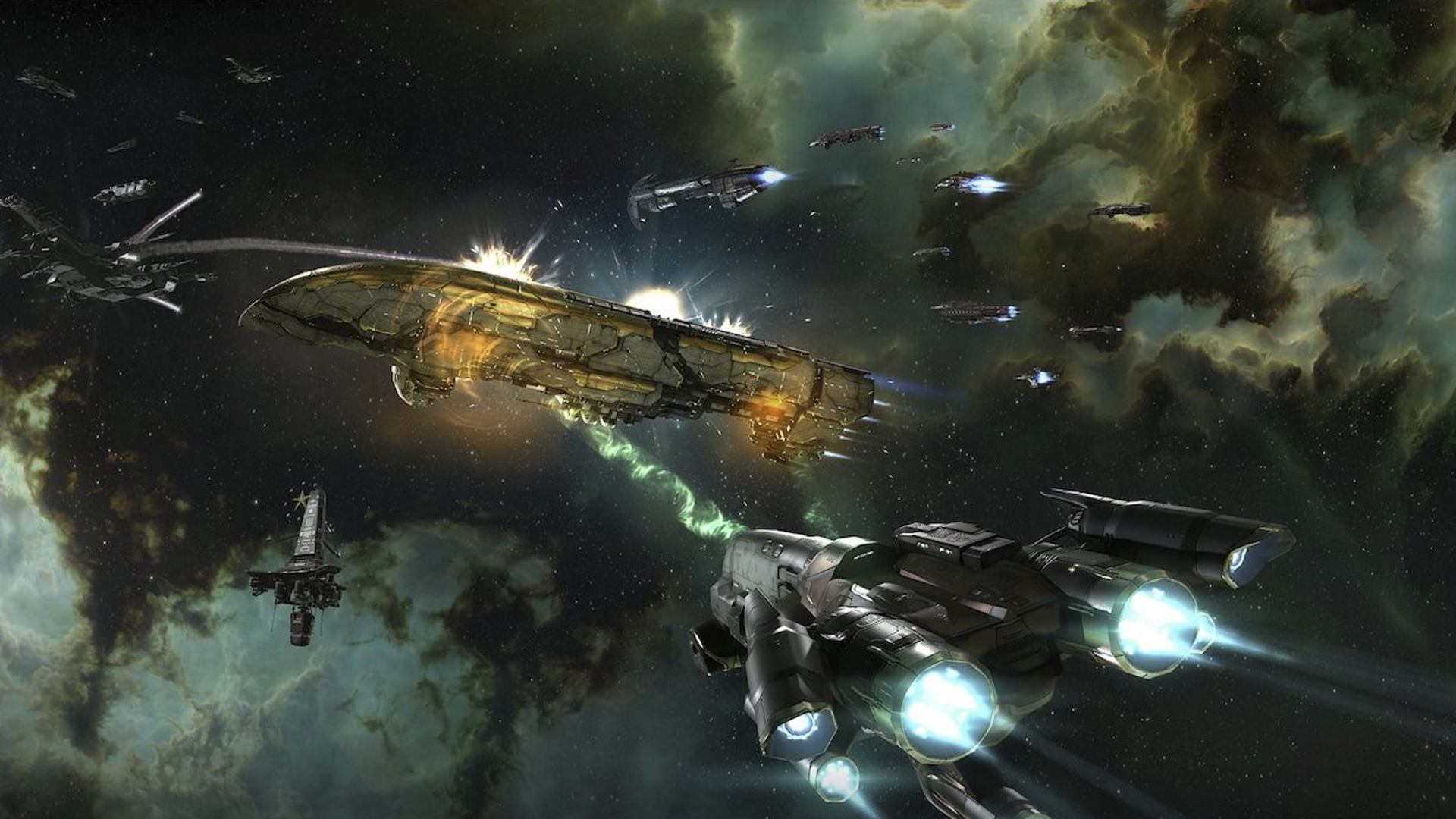 One day CCP was digging into the logs of ships killed by the Drifters and spotted something interesting: a large number of NPC AI ships killed by Drifter battleships in a dead-end star system in the middle of nowhere. Delving into the data revealed a fascinating sequence of events that occurred to make this happen, starting with the innocuous spawning of an NPC mining operation in the system. Another mining operation spawned in a pirate FOB and just happened to enter the same asteroid belt, and that’s when things kicked off.

Because the two corporations had negative standings with each other, they immediately attacked each other. Both mining operations then called in their reinforcement fleets, which engaged each other, and the additional ships on the field triggered further escalation on both sides. The whole thing came to a head when a roaming Drifter battleship just happened to warp to the same asteroid belt, and the Drifters hate everyone equally so they started attacking. The battle ended with the Drifters killing all of the NPC AI, and not a single player even saw it happen.

“So because we approached the AI like that, when an Amarr mining operation and a Blood Raider mining operation meet each other, they declare war on each other and they fight. We actually had this happen where this massive fight broke out and the Drifters showed up, and the Drifters hate everyone so they joined the fight and it ended with the Drifters just annihilating the fight — And no-one saw it. We had logs on who the Drifters killed and we were religiously following who the diamond NPCs were fighting. One morning CCP Paradox said, ‘Guys, something strange happened here, there’s this massive fight and there’s not a single player involved.’ This is one of those things that you don’t plan for – it just happens.” – CCP Burger 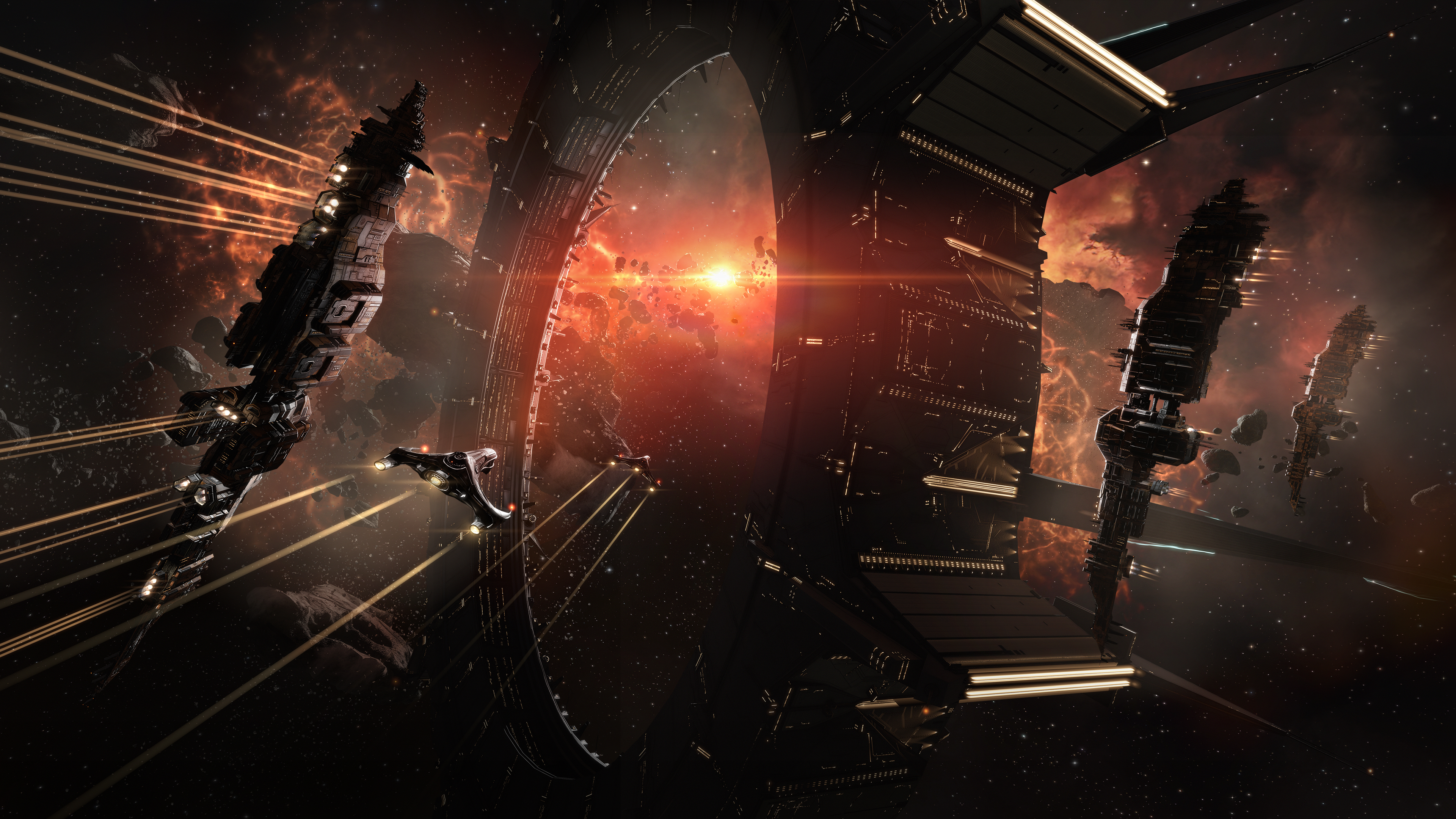 This battle emerged from a perfect storm of conditions, with two opposing NPC factions coincidentally trying to mine in the same asteroid belt and a roaming Drifter battleship coincidentally wandering into the field. While nobody was around to see this fight take place, you can imagine how epic it could be to log in and find a clash like this in progress. This is a great example of the emergent gameplay that can result from taking the reins off the NPC AI and letting them interact with each other in a freeform way, and the potential it unlocks for creating a living universe is theoretically immense.

I can imagine a not too distant future EVE in which situations like this one are created deliberately and in a controlled manner in order to draw players into a more active style of PvE play. Pirate FOBs spawning in highsec star systems and launching timed attacks on local NPC space stations, competing corporations in a star system regularly duking it out over control of asteroid belts, and corps giving out rewards for those that help them in space rather than just through static missions. When we hear about this bizarre NPC battle that nobody even saw, suddenly that possible future seems a little bit closer.

Disclosure: In accordance with Massively OP’s ethics policy, we must disclose that CCP paid for our writer’s travel to and accommodation at this event. CCP has neither requested nor been granted any control or influence over our coverage of the event. Knowing EVE players, though, someone would show up to support the Blood Raider pirates.
Advertisement