When CCP Games released a new EVE Online expansion named Invasion at the end of last month, players were readying themselves to battle limited NPC attacks in high-security space. No-one expected all hell to break loose in the depths of player-controlled nullsec space, but that’s exactly what’s started to happen this week as powerful NPC Drifter fleets began to invade alliance territories across the game. It started with a few isolated reports of roaming Drifter fleets attacking structures on Twitter on June 26th, and blew up into absolute anarchy across all territory-holding alliances.

END_OF_DOCUMENT_TOKEN_TO_BE_REPLACED
Alliance leaders have been up in arms over being forced to defend their space from waves of NPC invaders and even call back troops from offensive deployments to hold the line. Current wars are now being interrupted by Drifter attacks, and alliances have had to factor the NPCs into their war plans. Some players have conversely come out in support of the invasions, both for the fact that they shake up the status quo and for forcing alliances to shore up their defences. Half of the EVE Online universe is on fire, and personally I think it’s bloody glorious.

In this edition of EVE Evolved, I look at the Drifter attacks hitting across New Eden, where they came from, and what the end result of them might be. 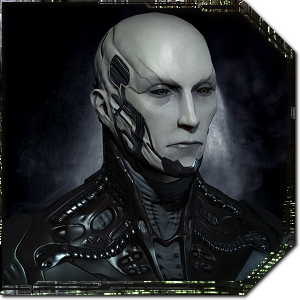 Where did the Drifters come from?

I’ve written before about the history of the Drifters in EVE Online, but the short version is that they’re an ancient faction of humans from before the four empires of EVE arose. They were left trapped in for millennia in stasis pods inside Sleeper structures in wormhole space, and a few years ago they managed to escape in a pretty grim manner — They remote-controlled sleeper ships to harvest player corpses and used them to rebuild new bodies.

For players, the Drifters are a powerful adversary run by CCP’s new advanced AI that can be found occasionally roaming the game in groups of one or two battleships. The AI will even chase players across the star system if engaged, but until now has left neutral parties and structures alone. There was a bizarre twist to this story a few years ago in which a few players managed to trick the Drifter AI into attacking player-owned structures for them, but this wasn’t a part of their core behaviour.

The drifters are generations ahead of capsuleers in terms of technology, with the roaming Drifter battleships sporting a superweapon that can take out capital ships. They consider themselves to be the rightful inheritors of the extinct Jove empire, and have been battling the Triglavian Collective in Abyssal Deadspace for some time. They reside in special Drifter Hive wormhole star systems that are difficult to access, and have access to technology that lets them manipulate space to travel into the Abyss or anywhere in New Eden. 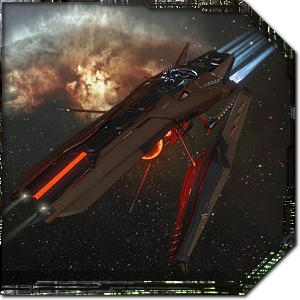 It may seem obvious in retrospect that there might be a massive invasion of nullsec in an expansion literally named “Invasion” but the truth is that these attacks came out of nowhere. The expansion’s primary feature is a series of escalating invasions by the mysterious Triglavian Collective into areas of high-security space, transforming these ordinarily safe areas into danger zones full of roaming Triglavian ship gangs and challenging group PvE sites.

I’ll write more about this new gameplay in an upcoming article diving deep into the Triglavian invasions, but the important thing to note is that these are small, highly telegraphed invasions in high-security space. The Drifter attacks have been the exact opposite, appearing with no warning whatsoever in nullsec and attacking everything in sight. Roaming Drifter gangs of a dozen or more ships will appear in a star system and warp around the system looking for targets, and they can’t be scanned down in the way that Triglavian invasion NPCs can.

If the Drifter gangs land at a stargate, they will camp it and attack any player who goes through with overwhelming force. If they arrive at an Upwell structure owned by a player alliance, they’ll even attack the structure and knock it into reinforced mode. Hundreds of structure battles have been happening all across nullsec and in all timezones for the past several days, with alliances forced to defend their space against a foe that can’t be negotiated with or bribed. 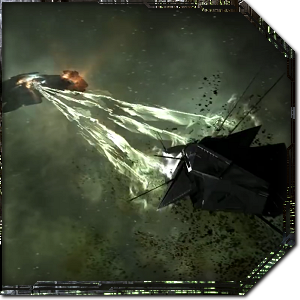 Is there a purpose to the Drifters?

The Scope report on the attacks interestingly highlights that the targets are supposed to be low-power and vulnerable structures, which suggests a possible game design purpose behind the Drifter invasions. The EVE universe has become littered with Citadels and other Upwell structures that nobody can be bothered to destroy, with abandoned structures falling into a low power mode that makes them easier to destroy once the fuel supply runs out.

At the same time, there’s a problem with structure battles in which one side will often decide not to show up to the fight. When a structure is first attacked, it enters reinforced mode and becomes invulnerable until a certain time, setting a publicly visible timer for when the next fight will occur. The attacker or defender will often evaluate the strategic options and decide that certain structure timers aren’t worth showing up to, leading to boring battles where only one side turns up. Having the Drifters attack these structures encourages alliances to defend every timer in case the Drifters show up to finish the job someone else started.

The Drifters can also launch attacks 24/7, which could be a solution for a major problem afflicting sovereignty warfare in nullsec today: Timezone tanking. Alliances should be setting their structure timers for their peak activity times to ensure they can defend against attacks, but many set them to Australian timezones just to make it difficult for enemies to attack. If the Drifters can now potentially finish the job in any timezone, alliances will be encouraged to have at least a large enough presence in that timezone to fend off the Drifter fleets. 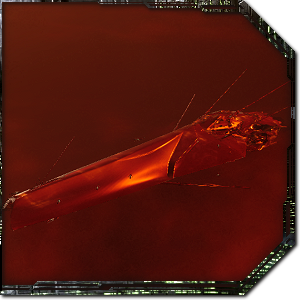 The problem with the Drifters

Although the idea of big bad nullsec alliances getting their asses handed to them by NPCs brings joy to my heart, there are some real issues with the Drifters that should be looked at. Player CommanderAze reports that they can in some circumstances lock and kill players at ranges of over 15,000 km, and they can ignore the structure damage caps that normally apply to players. This reduces the amount of time players have to respond to attacks before the structure is reinforced.

Commander Aze also reports that, contrary to the hints in the Scope video, the Drifters are hitting hundreds of high-power structures across the game. The Drifter ships in these fleets thankfully don’t have superweapons attached, but they still deal around 1,300 DPS each with insane tracking and ranges of over 150km. Fending them off means putting together a highly mobile fleet of 30 to 40 pilots, and once you kill them they’ll just respawn elsewhere in a never-ending cycle. Defending against these attacks is seriously annoying some of EVE‘s largest alliances, who have had to pull people away from PvP to deal with them. 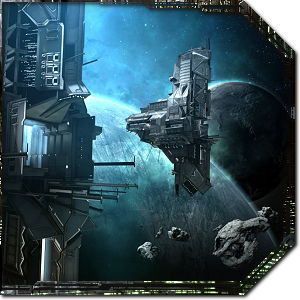 Do they pose a threat to sovereignty?

As alliances across the game have scrambled to defend their territories from this emergent NPC threat, some have spent their time meticulously documenting Drifter behaviour. It’s been suggested that the threat they pose may have been severely overstated and the need to defend against them not as urgent as originally thought. While the Drifters have killed hundreds of ships on stargates, they have failed to destroy a single structure despite several days of attacks.

The Drifter fleets seem to spawn in random systems each day and attack random targets rather than showing up to follow-up on the structures they reinforced the previous day. The chances that they will hit the exact same structure two days in a row within the 15 minute vulnerability window are quite low, meaning the Drifters themselves aren’t a significant risk to sovereign space. What they might do though, is coincidentally follow up on other players’ timers or create opportunities for player alliances to attack something.

The Drifter invasion of nullsec has hit just days after EVE North 2019, where CCP Burger coincidentally told me the fascinating story of a huge NPC battle that happened in EVE without a single player seeing it. That story was somewhat prophetic, hinting at a future for EVE as a living sci-fi universe with the reigns taken off the NPC AI and emergent encounters dominating the PvE landscape. This week we got a taste of what happens when the reigns come off, and it’s been glorious!

Despite all of the complaints from nullsec denizens over being forced to defend their space from NPCs, the Drifters don’t appear to be organised enough to pose a real threat when confronted with the Upwell reinforcement timer system. This invasion appears to have been more of a minor emergent nuisance and perhaps a way to draw the nullsec alliances into the Invasion expansion storyline as it progresses in-game. At the very least, it has been an interesting story that I expect to evolve in the months ahead.