If EVE Online is known for one thing (apart from massive scams and online heists), it’s the truly massive PvP battles that have taken place in its sandbox over the years. EVE currently holds the world record for the “Most concurrent players simultaneously involved in a single multiplayer PvP videogame battle,” with 6,142 players involved in the Siege of 9-4 in January of 2018.

END_OF_DOCUMENT_TOKEN_TO_BE_REPLACED
Hoping to push the technology further, CCP Games recently partnered with cloud operating system firm Hadean to experiment with a new kind of physics simulation that could theoretically support battles with tens of thousands of players. The company has been running public tests in conjunction with CCP, and this weekend it attempted to break EVE’s PvP record with its Phase III experiment.

Though it didn’t quite reach the heights of EVE’s largest military scuffles, this phase did see 1,742 concurrent players at its peak. I played the tech demo during the record attempt this weekend to see what progress has been made on the tech and how it held up. Read on for a breakdown of how it went: 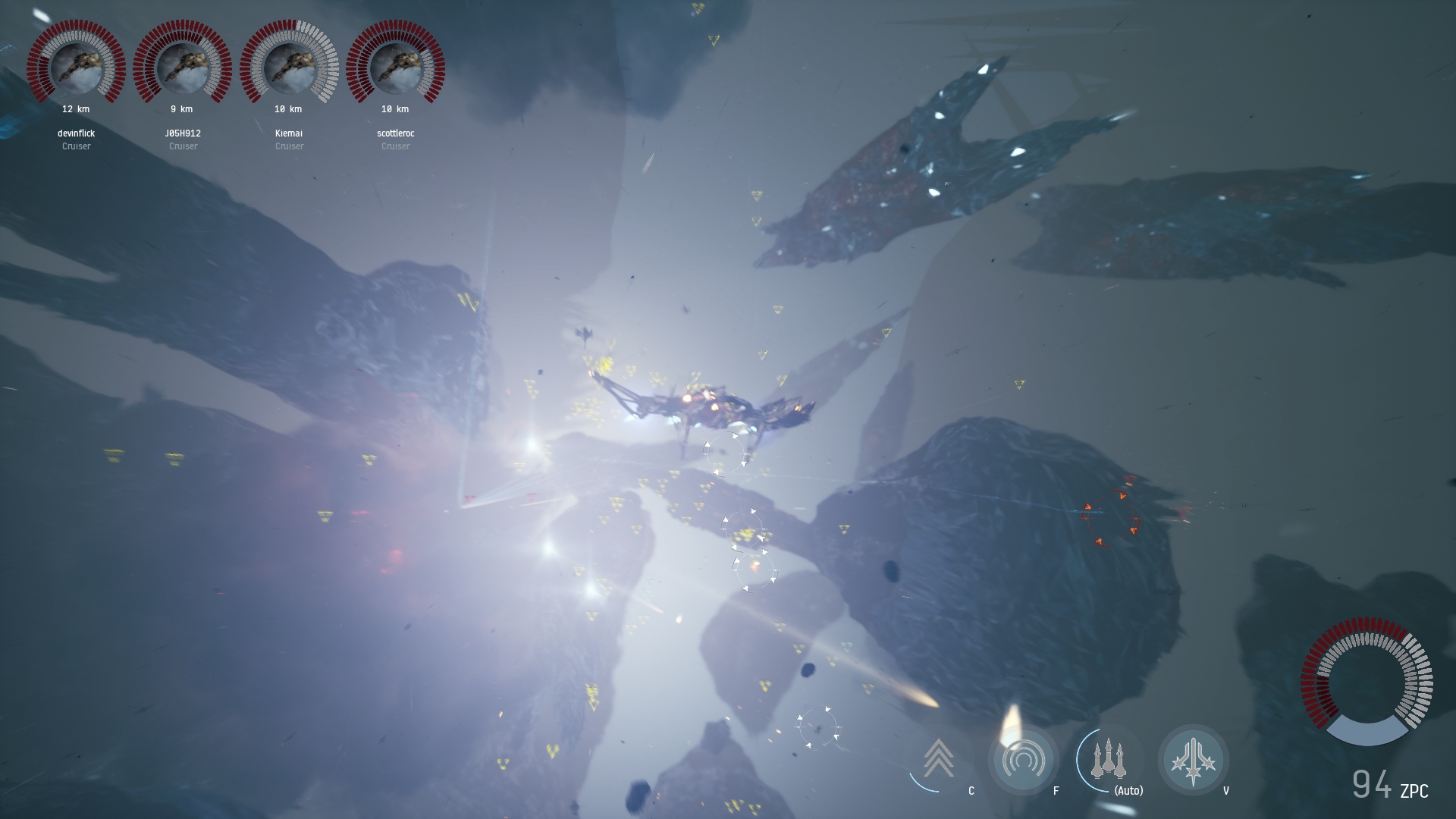 The secret sauce that keeps EVE Online‘s server online when thousands of players start shooting at each other in the same place is a little trick called Time Dilation. When the node hosting a star system gets overloaded, the server literally slows down the passage of time there to keep the physics engine stable. Through its partnership with Hadean, CCP hopes to support large-scale battles in EVE Online without needing to use time dilation at all.

The Aether Wars tech demos have all been about testing Hadean’s server technology and collecting data so far, but the project also has a special goal the developers are trying to reach: To beat EVE‘s world record. While Hadean has tested its system with over 10,000 simulated clients and the second phase reached 4,369 real players with 3,047 concurrent, this time it hit a peak of only 1,742 concurrent players. 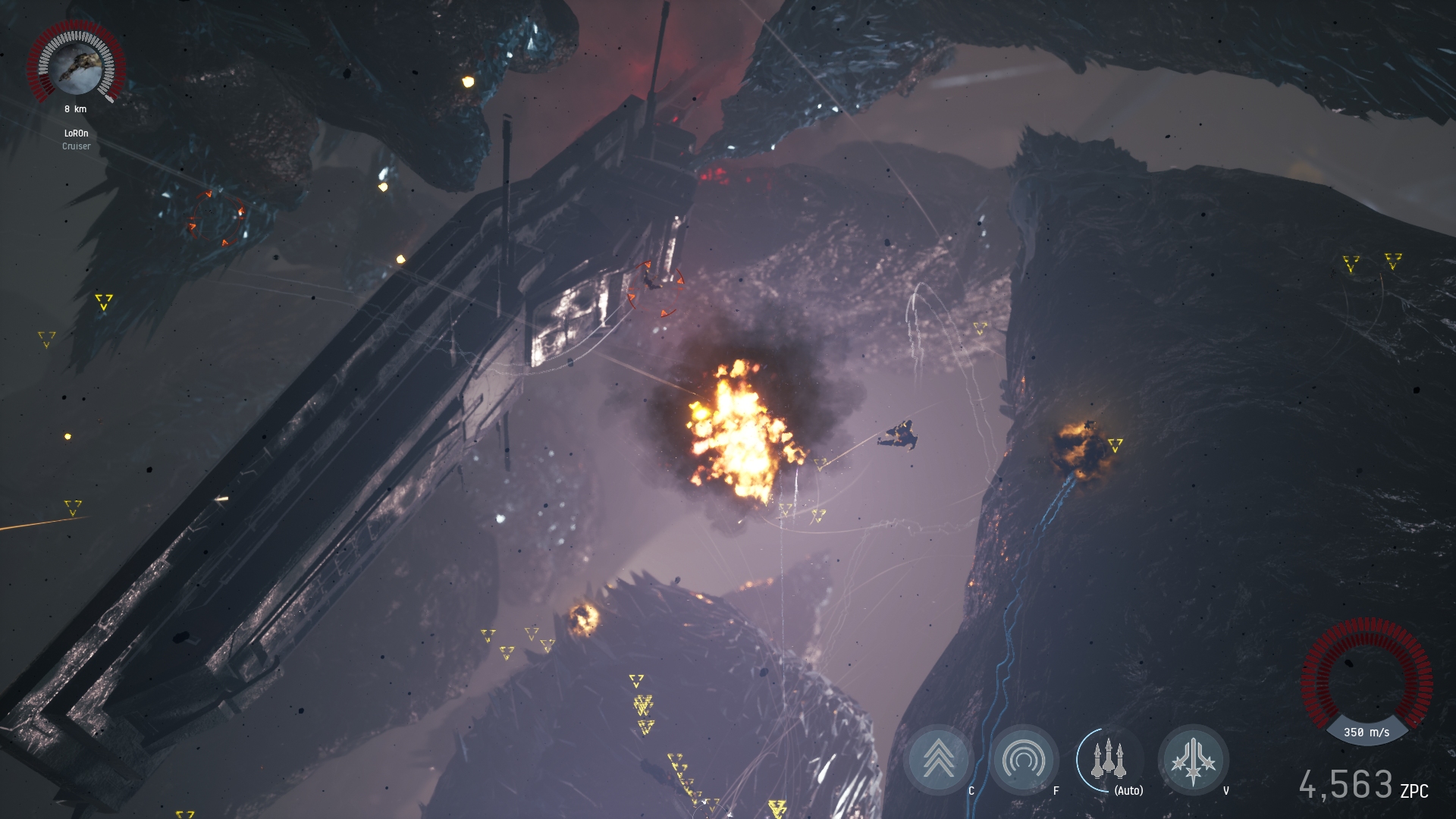 The gameplay in this test was pretty complex and a far cry from that original phase 1 experiment with the giant missiles travelling in straight lines. Players could pick from one of four Guristas ships (a Worm, Gila, Rattlesnake, or Displacer Fighter), with larger ships generally firing more missiles and having more hitpoints but smaller ships being faster and with shorter cooldowns. The scoring system revolved around harvesting gas nodes for ZPC or killing other players to steal a portion of their ZPC.

You could target enemy ships by clicking on them with the mouse and then the missile launcher would automatically fire at your target. The missile firing being automatic hid any activation delays that might have been experienced with manual activation, which made this demo a bit of an unfair test of how the tech could perform with EVE. There was also a scan feature that didn’t seem to do anything but add a small visual effect that other players could see.

The missile simulation seemed more complex in this demo as every ship had a countermeasures cooldown that could launch flares. Missiles tracked players smoothly across the battlefield and the flares seemed to cause missiles that entered their radius to re-target the flare. I imagine this kind of interaction scaled up to thousands of missiles on the battlefield at any one time was a good test of Hadean’s platform, and I hope they got some solid data from it. 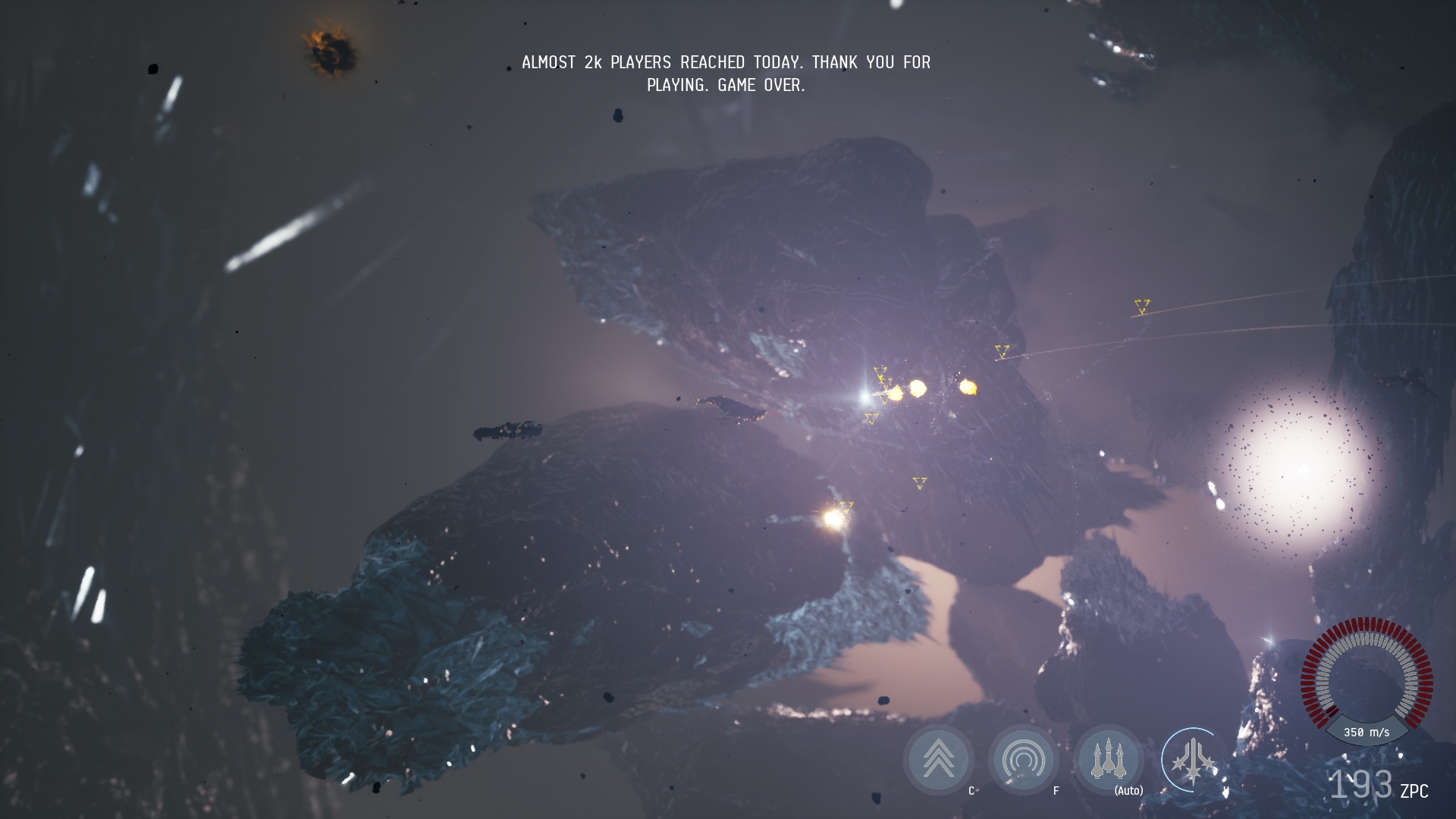 It didn’t exactly feel like there were almost 2,000 people playing as I could only see a small handful of nearby pilots at any one time, but the server was stable and the gameplay seemed pretty smooth. There was something satisfyingly visceral about chasing an enemy across the battlefield, timing my flares with his missile waves coming into range and using the microwarpdrive to get in front of him just before launching a salvo of my own.

While the technical achievement of this experiment was impressive and the server seemed to perform well, I was honestly relieved that Hadean didn’t break the EVE PvP world record. I can imagine nothing worse than subverting a genuine achievement of emergent gameplay and community spirit in a live MMO by handing the world record to a technology partner in a rigged test arena.

There’s more to massive battles in EVE Online than the numbers alone reveal: EVE‘s world record was about the personal histories, motivations and ideals of 6,142 individuals clashing in a very real way. The real magic of Hadean’s tech won’t be when it breaks a certain number but when it can be applied to EVE Online to enable massive battles without time dilation or new hands-on flight and combat controls. Hadean will be releasing more data on how this phase went soon, along with the winners of the competition who will receive free tickets to EVE Fanfest 2020.