When I first heard about Kingdom Under Fire II by publisher Gameforge, I wasn’t sure what to expect. I’d heard that it combined elements of an MMORPG and RTS, but not what that actually looked like in practice. Those are both genres I enjoy, though, so the prospect intrigued me. What I found was a very unique and fascinating game, but one with serious polish issues.

Gameforge’s press review pack for KUF2 granted me not just the game but the deluxe “War God” edition, which is worth $130 in my country’s currency. This gave me a whole bunch of fancy mounts and outfits off the bat, as well as a great deal of Cubits currency (more on that later). The extras may or may not have biased me favorably toward the game, but it certainly made getting started a whole lot easier.

As I said above, I didn’t know what to expect going in other than that this was a game with both MMO and RTS elements. When I started playing, I quickly realized it is much more of an MMORPG than it is a strategy game.

Most of the time, your experience is going to be largely familiar to anyone who’s played any mainstream MMORPG, especially one from Korea (as KUF2 is). You can expect to wander the countryside, completing quests that usually involve collecting objects or murdering the locals. 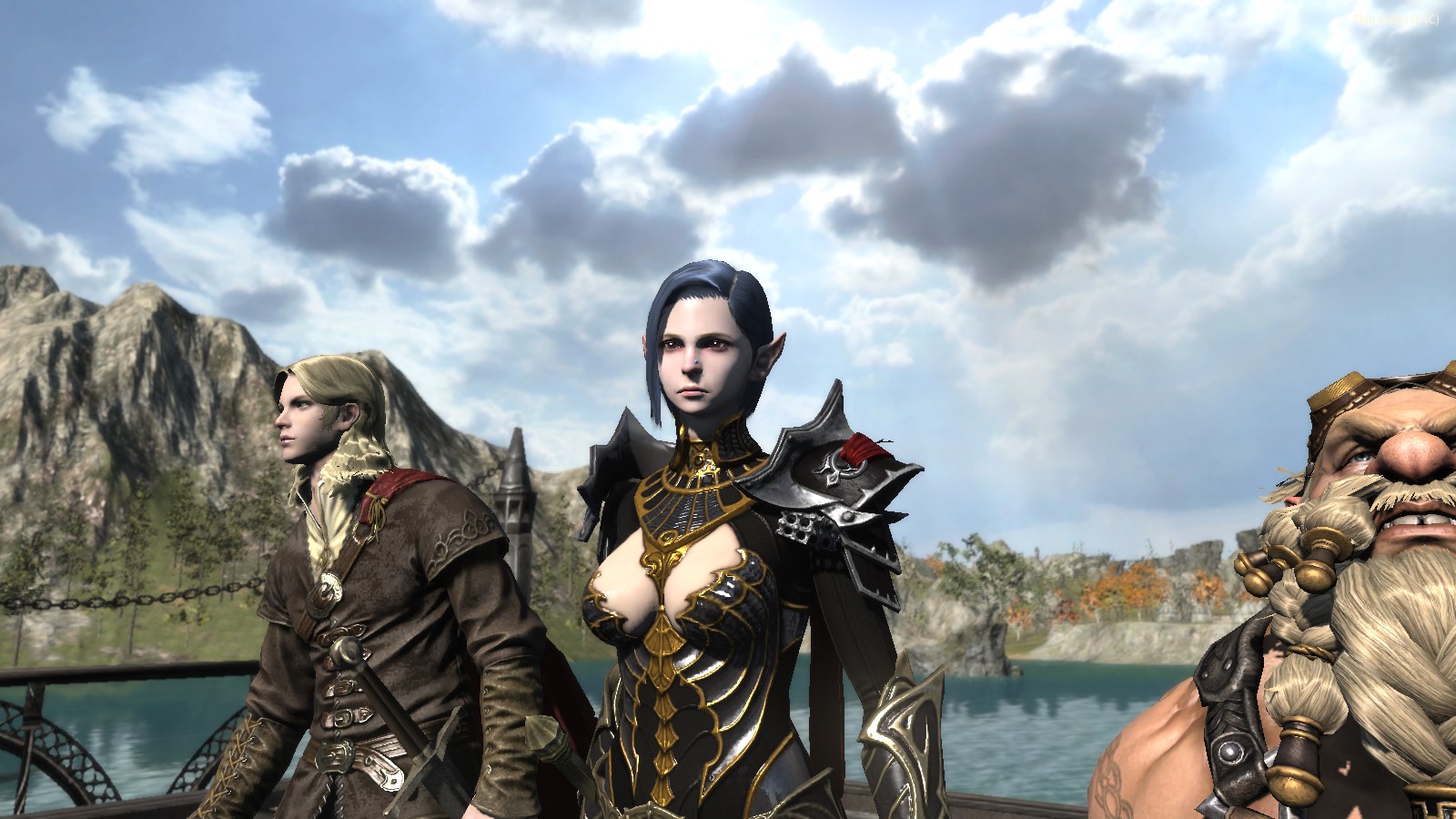 This is not a fully open world game. You’ll travel between different instanced zones, most of which are quite small and frankly a bit claustrophobic. On the plus side, the graphics are pretty, and at least early on the environments evolve in a way that keeps the sights fresh without jarringly shifting between biomes the way MMO zones usually do. The world feels visually cohesive.

It’s a very standard sort of grind, but it is helped along by truly excellent combat. It’s an action combat system, but without even a crosshair or a soft target lock. You need to actually aim every skill. Occasionally this can be awkward, and I imagine it may not work so well as a ranged class, but mostly it makes for interesting, thoughtful combat.

I chose to play as a Spellsword, an agile melee class with lightning and ice skills. Spellswords have a mechanic wherein their attacks build up lightning or ice runes, which are then used to execute powerful finishers. Depending on the combination of your runes, the abilities they trigger can vary quite a lot, from group buffs to devastating AoE attacks. It’s one of the most intelligent and satisfying combo systems I’ve ever seen in an MMO.

It’s not uncommon for Eastern games to have great combat. The downside is KUF2 also inherits some of the less savory habits of other Korean games – for example, ludicrous and impractical “armor” for the female characters, gender-locked classes, and boob physics whose jiggling is akin to that of both a water bed and transdimensional Lovecraftian ooze.

While disappointing, none of this is a deal-breaker for me. What really bothers me is how bad the translations are. The voiced lines (of which there are many) are OK — a bit awkward sounding, but mostly passable — but the quest text is so broken it’s borderline unreadable at times. This is one of my biggest MMO pet peeves. Surely it cannot be that hard to find a halfway decent localization team? Failing to do so makes the game look slapdash and shatters my immersion. 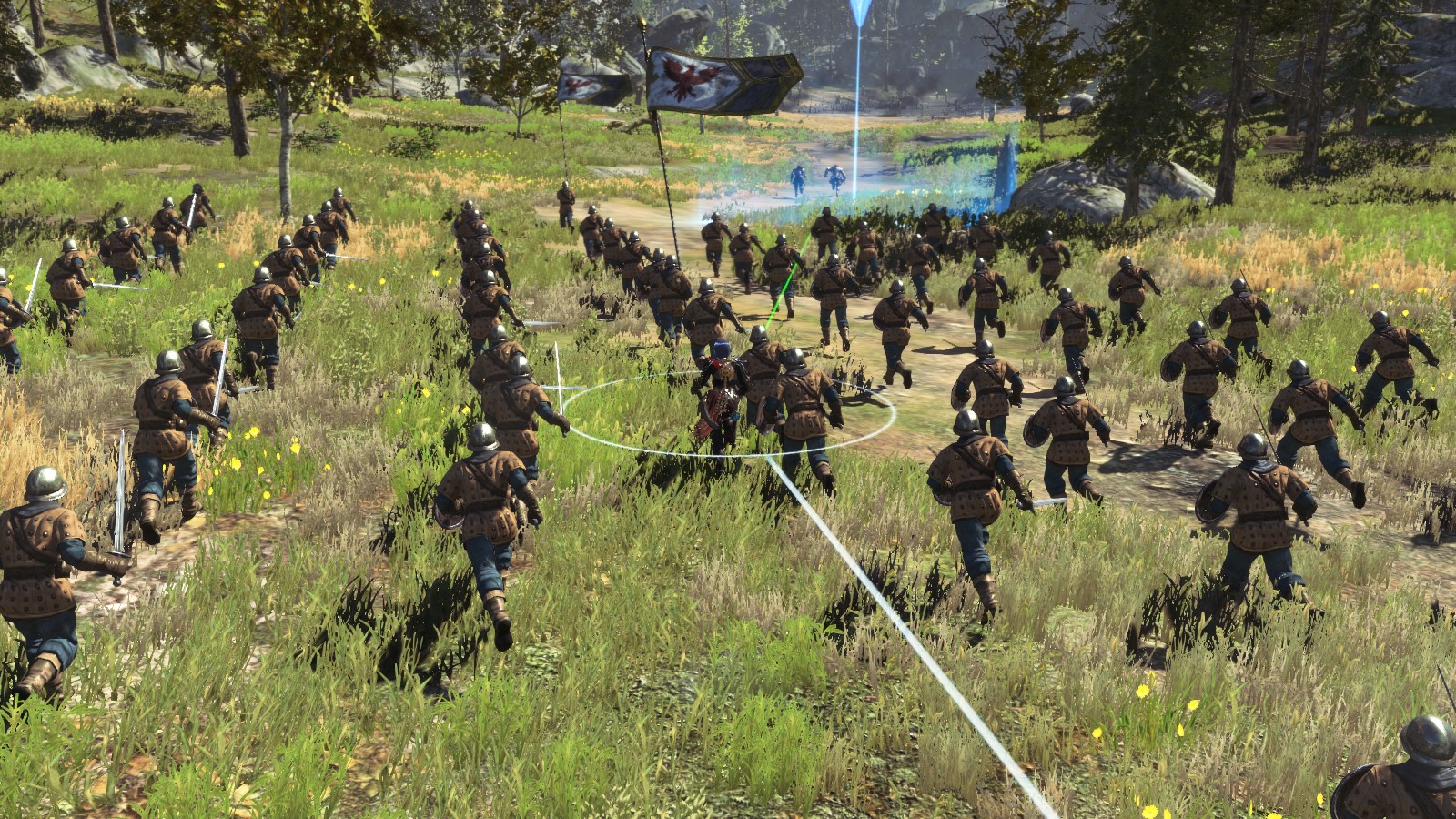 It’s a shame because KUF2 actually has quite a lot of story, and it feels like it would be at least OK if all of the dialogue didn’t sound like it had been run through the meatgrinder of Google Translate.

I know people will want to know about the business model. In addition to its box price, KUF2 has a well-stocked cash shop full of the usual boosts and cosmetics. Some (but not all) cash shop offerings can be bought with the Cubits I mentioned above, which are earnable in-game. Cubits are also used for some other things, though, like mid-fight resurrections.

This all seems fairly innocuous to me, but the one thing that did make me raise an eyebrow is that you have to spend Cubits to talk in the global chat channel. It’s a very low cost, but you do have to pay it for every single message you send. What I find truly disturbing about this is the realization that people were paying something with a real money value to send me harassing messages whenever I asked a question or to spam about “DEM ANIME TIDDIES.”

But let’s move on to the most unique thing about this game: its RTS components. Frequently throughout the game, you will be sent to complete instanced missions featuring clashes between huge armies, and before long you will begin to be given command over an army of your own. You can seamlessly swap between controlling your hero as you would in an MMORPG and a top-down view that lets you give orders to your troops similar to an RTS game.

This is something really different. I’ve not played another game that offers anything like that.

I will say that as an RTS fanatic, I don’t find that this really scratches my RTS itch. The controls for your troops are basic and a bit clunky, and you still seem to spend most of your time using the RPG controls, with your troops just following along. 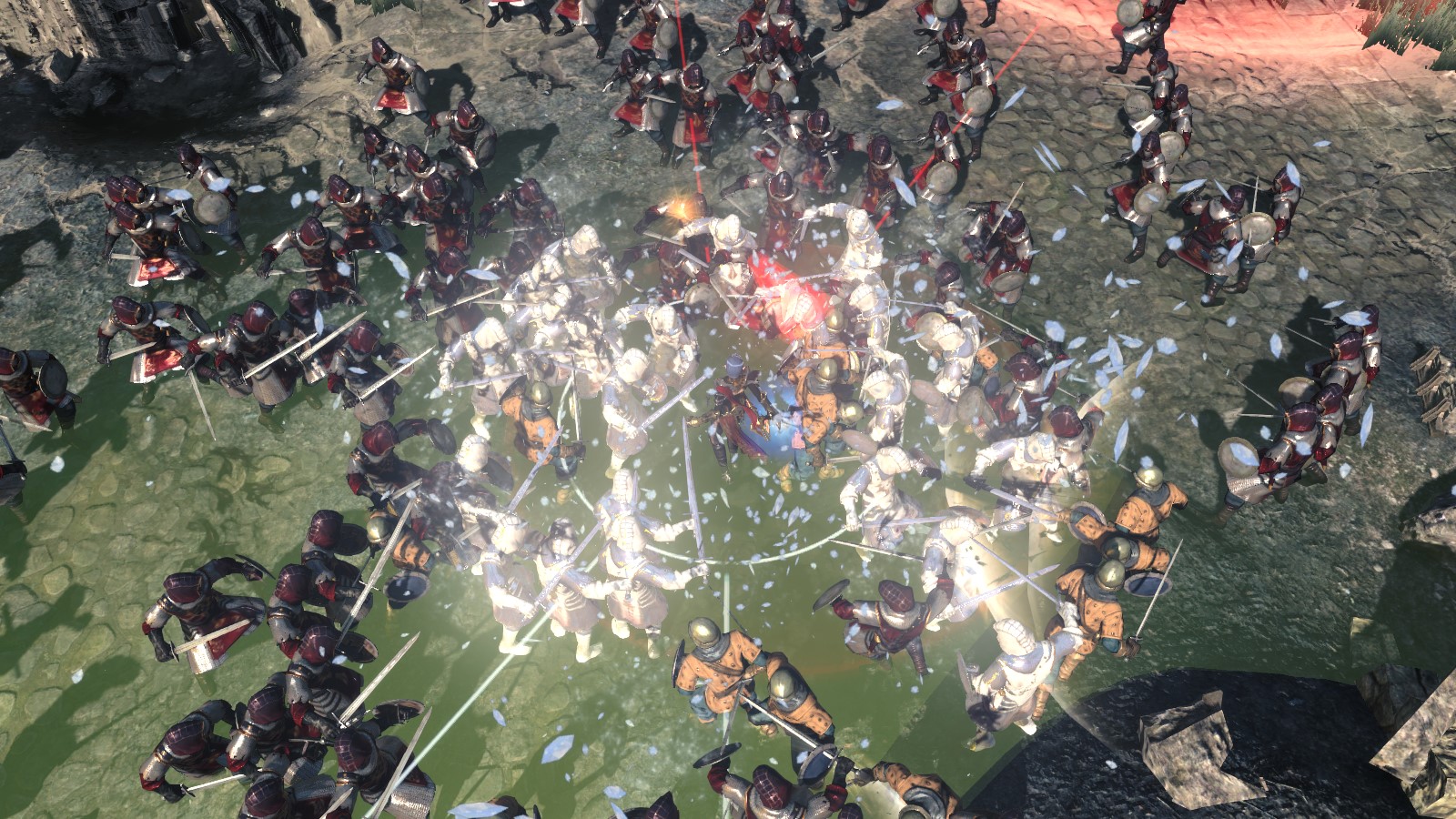 But that doesn’t mean I’m not enjoying it. Far from it. What’s exciting is that this allows you to participate in battles far grander than anything else I’ve seen in an MMO, or really any RPG. (Perhaps Lord of the Rings Online‘s epic battles might compare; I haven’t experienced them.)

Imagine hundreds of NPCs — friendly and hostile — clashing onscreen at once without a hint of lag. It’s here that the combat really comes into its own, as you crush dozens of monsters at once with spectacular AoE skills. It’s awesome.

KUF2 is a game I would dearly love to see copied by a bigger developer. The core mechanics are excellent, but it’s saddled with a severe lack of polish.

I am genuinely torn over whether to recommend this game or not. It’s different and ambitious, and I really want to support that, and its core gameplay is really great. But its quirks and hiccups, especially the truly awful translations, just bog the experience down so much.

If nothing else, I can promise you it’s something genuinely different.