I’m still in quite a lull when it comes to MMOs as of late. I don’t know whether it’s related to the time of year or I’m just heading towards a burnout, but nothing seems to really be catching my attention for some nightly gaming. So instead I’ve been trying to find something to play on my phone. That might not seem to make a lot of sense, but hear me out.

You’re probably thinking that the pandemic keeps me stuck at home, so why wouldn’t I just play on my PC? Aside from the fact that I sit in this office chair working 10+ hours a day already anyways, none of my PC MMO standbys has been reeling me in full force. Instead, I’ve opted to watch more TV. A lot more TV. I’m talking, “Kids if the tablet tells you that you can’t play any more games, it’s because you’ve been using it for over five hours, and we haven’t even had lunch!” kind of time.

But we aren’t animals solely focused on one single task at a time. Heck no! I want to play some video games with my TV time.

So that means my trend of trying out mobile MMOs continues. Now, I’ve had my eye on Albion Online for mobile devices for a while, but I never could get it to install on my old phone, and since it wasn’t on Google Play, it was more headache than it was worth. I mean, side-loading, really? I just want something I can easily play since I’ve already downloaded an episode of Upload and my evenings are too frontloaded as it is.

Lucky for me, this month Sandbox Interactive made the game available through Google Play’s beta program. I followed the prompts, checked the boxes, and got it launched in no time. And I have to say, I’m pretty happy with it so far.

The UI isn’t bad, but some spots still need work

The moment you log into the game, you are presented with the option to play with a virtual joypad or with the old touch to move interface. Of course, I wanted to test out the new shiny! Not to mention – a joypad in Albion Online? You mean I can control my character directly rather than click to move? That’s fantastic. 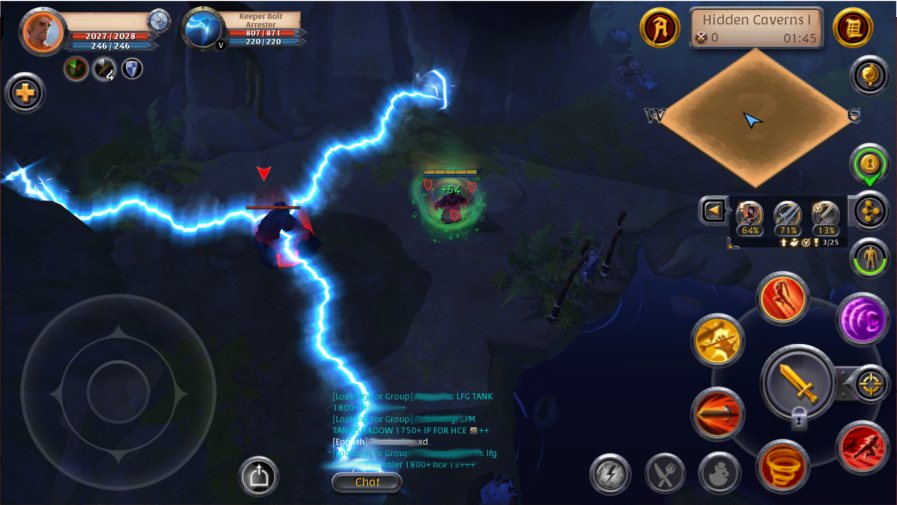 The interface overall seems to be rearranged and set up very nicely. I think I may actually prefer it over the keyboard and mouse combo. I don’t know if Sandbox Interactive has ever considered implementing controller support on the PC, but I think it might be something to look into after experiencing this sort of movement control. One of my biggest gripes with the combat is the disconnect between the player and control over the character.

For example, in a typical third-person MMO, when you see the big red circle of death, you start to run away. As soon as you’re clear, and even when you’re running, you keep up attacking. In Albion Online, you click and pray your buns get out of there. But even if you do escape, clicking to attack again – while not screwing up your positioning – is just brutal. I kind of hate it. It’s just not tight enough. You know, when I’m thinking of good PvP I’m thinking about tight controls, solid execution, and well-timed movements. But the whole point-and-click pulls me a bit out it. That means the joypad could be a game-changer here.

I think the obvious interface overhaul here has been fantastic. It really puts the important features where they need to be. Some of it feels weird, like long-pressing on a skill to read its description, but it works. It’s clear a lot of thought went into getting it to the point it’s currently at.

But as good as working with the interface is, there are definitely some areas that still need some polish. Navigating a trading post was a little cumbersome. Rather than offering the typical phone pop-up scrolling dialogs to make selections, this version of the game still uses the same drop-downs that are in the PC version. These are really small, and it’s easy to “fat thumb” the wrong selection. And if you do, you have to start over again. It honestly isn’t terrible, but it needs some more mobile-friendly dialogs. 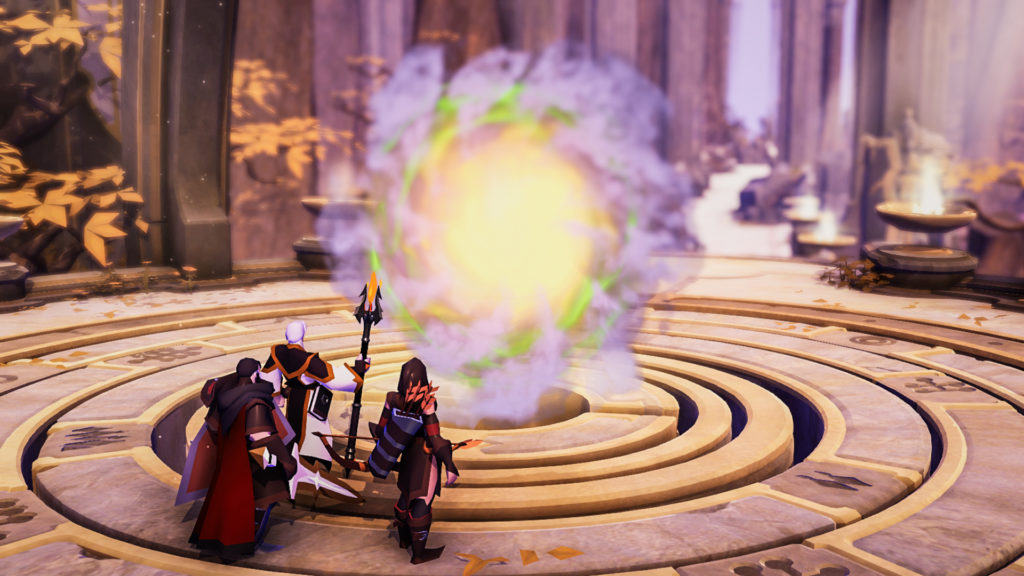 Albion Online mobile is perfect for hunting and gathering

Now, I did praise the joypad’s inclusion in the mobile version of the game, but I haven’t had enough time with it to really judge how well it works in the heat of combat. At least I didn’t try fighting anything more than some trash mobs wandering around the map. Regardless, where I think this game is going to shine for me is with the hunting and gathering (and maybe fishing, but I haven’t tried that yet).

It sort of takes me back to my lackadaisical days of playing Clash of Clans in the breakroom while my co-workers droned on about their favorite reality shows. I can just move and cut down a tree – tap, tap, tap. Picking up some wood over here, skinning some frogs over there, smashing those rocks is nice too – tap, tap, tap. It also works really well for some of those solo dungeons.

When I recently played Vendetta Online on my phone, I overall had a good time. I could see there was a lot of depth and room for player interaction and activities. This makes for a really great MMO honestly. However, for a mobile game, it required more of my attention than Albion Online does – at least for the menial tasks. Albion Online doesn’t require any sophisticated piloting or maneuvering, so it’s well suited for my needs on mobile.

How about the rest of you out there who are already playing Albion Online? Have you tried the new mobile experience yet? Did it fit your wants and needs for a mobile game and an MMO, or does it fall short somewhere?