It’s only been a little bit of time, but I am already mightily impressed with Wizard101.

END_OF_DOCUMENT_TOKEN_TO_BE_REPLACED
The game has a pretty rich and involved following, so I sort of assumed it was doing something right, but my first-ever foray into this MMO has already intrigued me with some interesting design decisions. Sadly, not many of these are tied to the game’s overall story, but I also appreciate how this game’s Saturday morning cartoon-like plot feels. I mean, I’m not expecting Tolstoy out of a kid’s MMO. 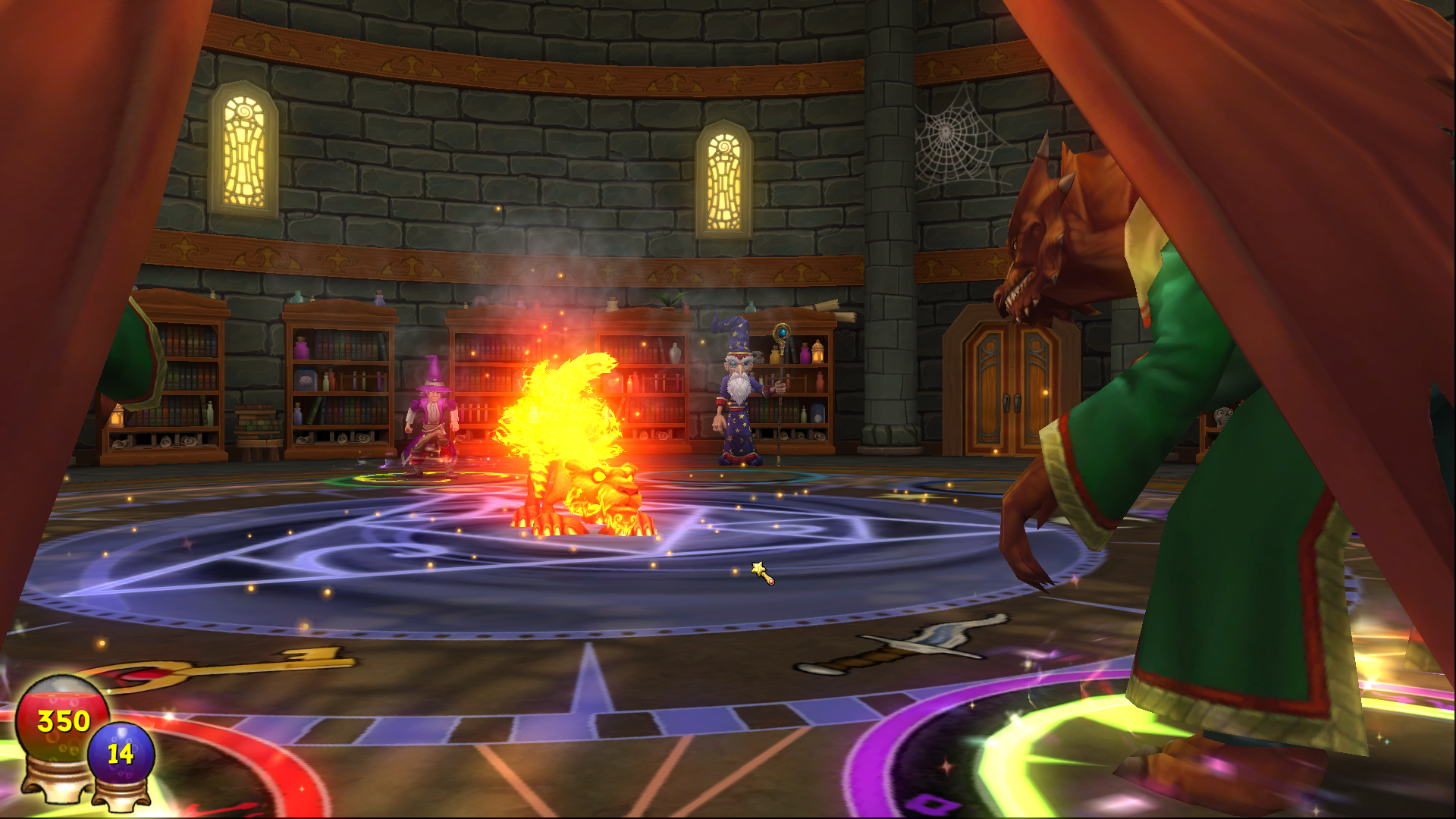 I was also not expecting an interesting and well-thought-out battle system out of a kid’s MMO either. Fights play out in turn-based duels where each side draws a variety of spell cards to attack their opponent, apply buffs or debuffs, or other such effects. I’m only just starting in on the system, but there already seems like several layers of complexity once one considers things like passing on playing a card to build up pips that can be used to play stronger cards, understanding elemental resistances and strengths, and the skills and abilities that pets bring.

Better still, this only gets more interesting with multiple players taking part in a battle. When you enter a fight, a big battle area forms, and anyone can walk into your fight at any point to help. There were more than a few times where people joined in on a fight that seemed to react to the number of players involved and adjust mob numbers accordingly. It’s not a perfect system – entering a battle during one person’s turn could simply have you not taking part as they wipe out their foe – but it’s extremely smart and made forming teams wholly organic.

All I could think about when I was fighting in Wizard101 is how much I wish a game like Magic Legends would crib from this battle system. Could you imagine that game actually leaning into its cards mechanic in such a brilliant way instead of ramming the round peg of a TCG into the square hole of an ARPG? 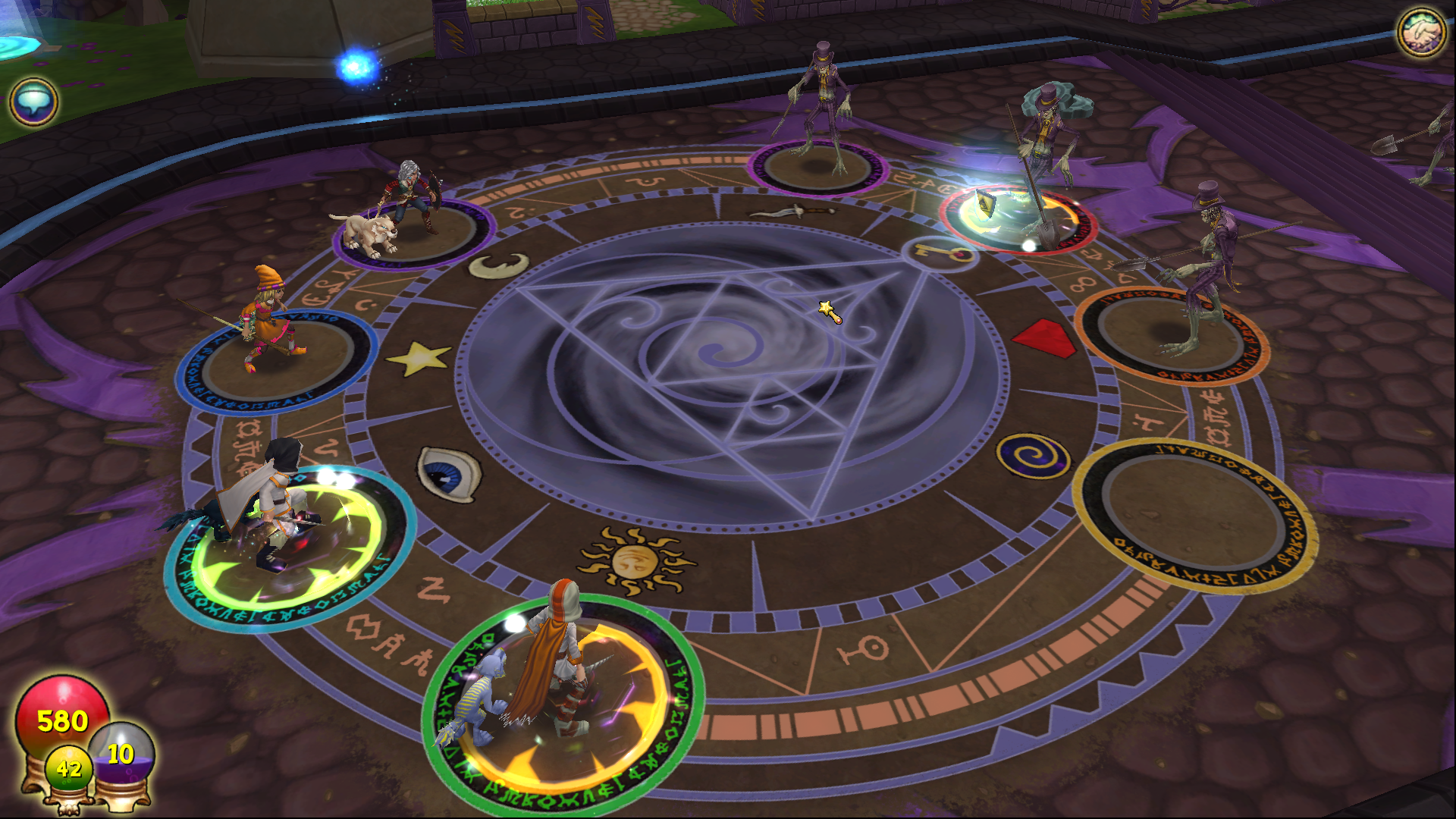 There are some other factors that seem to play into battle as well that I’m not completely sure about, like how gear can effect spell strength or defense and the chance that spells Fizzle (that is, not cast at all), as well as methods to control all of those factors, but I have got to say that there feels like things have a lot of layers here.

I also have to say that the game looks great. Its colorful aesthetic is perfect for young gamers, sure, but it also is very well animated. Especially in battle, where the camera tends to spin and angle itself in ways that make summoned creatures and spell effects look their best. It’s all very cinematic and dynamic, keeping visual interest overall pretty high.

Thus far, all I’ve really done, though, is the same old themepark MMO routine of moving through zones, picking up main and side quests, and clearing the associated tasks. It hasn’t been wildly engaging, but it’s functional, and if this were someone’s first-ever MMO, I think it makes the most sense.

About the worst crime this game has committed in my eyes thus far is forcing me to whip out my payment details. At one point, I picked up a quest from an NPC without knowing that it was a quest in a zone that could only be accessed by buying the zone or buying a subscription. Worse yet, there wasn’t any obvious option or pop-up menu that would let me abandon the quest I had picked up, meaning I felt effectively ensnared. And since this was what I’m pretty sure was a main quest, I was not a happy camper. So, in the interest of moving things along, I grudgingly got a month’s subscription. 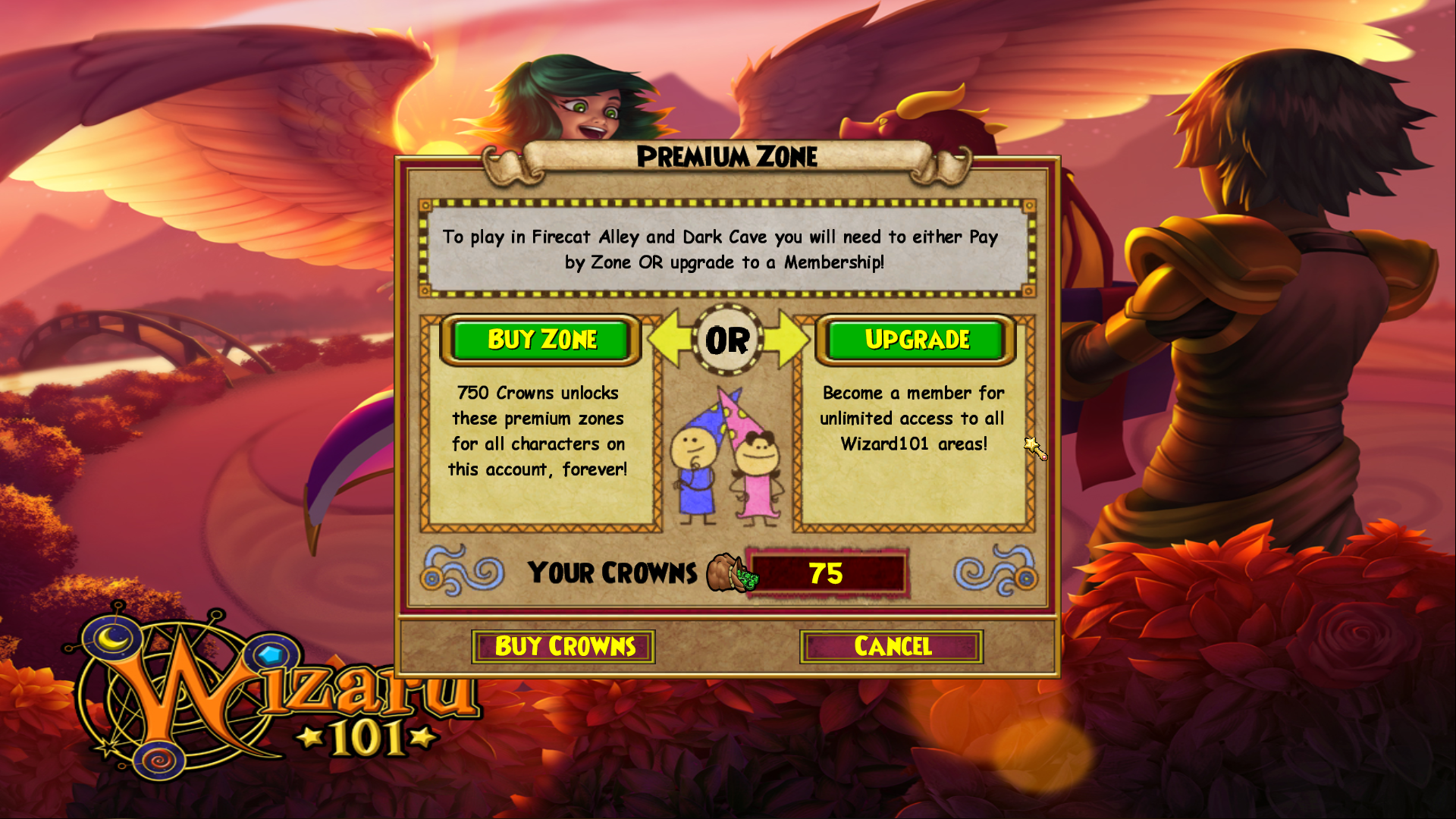 In spite of the fact that this game is pretty on-rails, there are actually a couple of poll questions that I can come up with for this week. The first is regarding a secondary school of magic. My character is primarily a Necromancer, so I’m open to suggestions on what secondary school to select. Or if I should select a secondary school at all.

Which secondary school should my wizard pick up?

The next is about focus. There are a number of different activities available to me right now, so I’m curious to know what sorts of things I should experience and share with all of you, whether it’s some side activities in the list or just focus on the main quests. So that’s our second poll question.

Should I focus on the main questing or do side stuff? 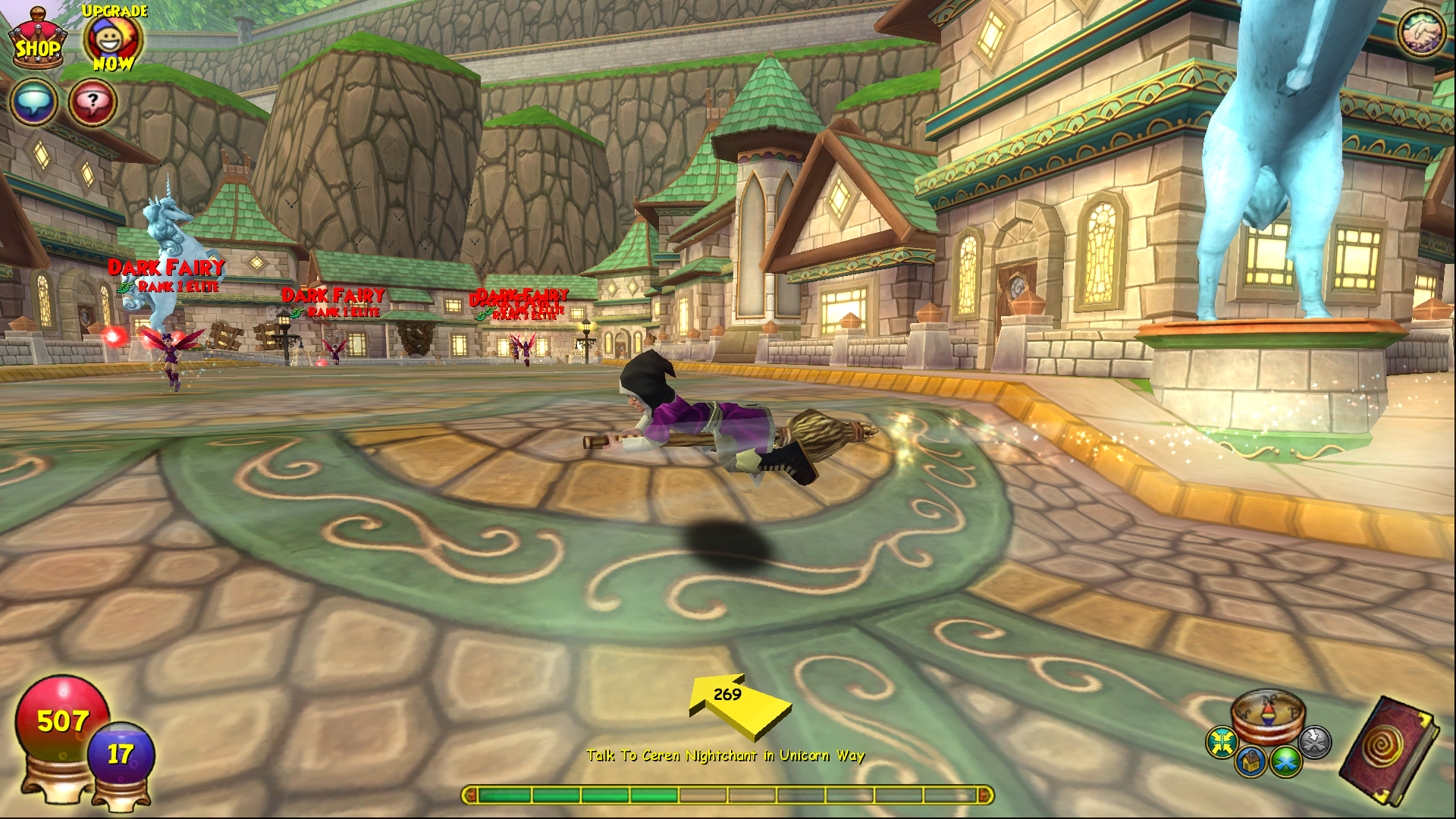 As usual, polling will close at 1:00 p.m. EST on Friday, March 5th. I’ll very likely continue to push forward with the main quest until polls wrap up. Mostly because this game’s battle system is really that engaging.