Today in “garbage members of the Path of Exile community” news, we’ve got a couple of unfortunate instances to report from the multiplayer ARPG. First off, a number of players have been banned from the game due to an exploit in Ultimatum that allowed them to generate excessive rewards. Among those 20 players was Empyrian, a streamer of the game that players will recall was among those given priority queue access when the Ultimatum update went live.

Secondly, we have the story of a POE player who claimed to have been banned from the game for using macros out of necessity due to a disability. The claim caused a community uproar and even caught the attention of Able Gamers COO Steven Spohn, but shortly after that, the player in question stated that it was all a lie, supposedly started as a way for the player — who claims to be “an educator” — to teach a class about the ease of spreading misinformation. And then the explanation post was edited to claim that the player’s Reddit account was hacked. And then the post was deleted completely.

While these matters are certainly disgusting for the wider POE community, we can perhaps take comfort in the fact that the trash has been taken to the dumpster and the devs can carry on with fixing the latest League’s launch.

sources: Reddit, PC Gamer via Kotaku, thanks to Pepperzine and Arktouros for the tip!
Advertisement

As a disabled gamer, F that person hard. We already have enough foibles without assholes like you making it harder on us by making *@)# up and ‘fooling’ people so they then will be less likely to respond to the next REAL issue.

Also, good that another of the arrogant streamers got his butt handed to him on a platter for using an exploit.

claims to be “an educator

I feel so bad for GGG and the disabled gamer community for the lies about the ban bullshit. Like, it’s beyond gross as fuck and just targets a minority community that’s already routinely shat on and harassed.

Whoever it was behind the account, or if it was multiple people, may every ancient curse from “May every bed you sleep in be infested with bedbugs” to “May spiders lay eggs in every one of your shoes” to “May you always have hangnails on every fingernail.” and more, afflict them.

I dont know, Empyrian, life sometimes can seem pretty fair to me… or maybe its just Karma balancing things out.

And I guess he’s even streaming himself trading that currency to a second account before getting banned.

I barely saw him before this league, and haven’t really watched him much in this league, but hot damn does he seem kinda like a right piece of shit. GGG is giving him the next 3 months to think about how unfair life is without POE to distract him. What a classy outfit, they are.

Apparently nothing stops him from just hopping right back on an alternate account.

Yep, just an account ban for this league (until July). I’m not sure where GGG sits “officially” on circumventing bans by creating new accounts though, they may not allow that and may slap down additional accounts.

Or not, as he’d likely have to spend a ton on stash pages an whatnot to be able to properly play the league on a new account. Or just suffer with the base stash pages. Either way, I don’t much care. Dude deserves the ban and can have his shit back in July, assuming he doesn’t get himself in even more trouble.

…which I kinda almost hope he does given what little I’ve seen of him from this league alone. He seems like a right shithead.

Well the ban notification said all the ill gotten gains were removed/banned from the league, so them muling it away to another account to get started with would definitely run against that. In the reddit thread Bex said they’re investigating it but it was late when she posted it and will be talking with the team later today when they’re back at work.

Just to prevent misunderstandings:
When you do group races it’s normal to have 6 races and at least 1 trader. the racers will transfer everything of value to their guild bank (or person to person trades), and the trader will then liquidate items and buy the upgrades the team needs.
High value items are usually transfered more or less on the spot, but the bulk of the items are usually transferred as the last thing before the racer takes a longer break [sleep].
That the bans are for a single league only is a bit surprising to me however. 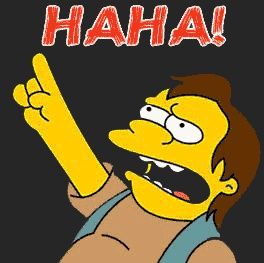 The ban of Empyrian is fairly both surprising and funny. It’s surprising because for the most part GGG has really let people get away with anything now for a super long time. Last league Empy and team were basically printing currency and thousands of items due to unintended mechanics that caused changes mid league (and with this league) and nothing happened. So it’s kinda nice to see them to get their due for playing in that way. However it goes even further than that, because Empy was entirely unapologetic about streamer priority queuing for him and his entire team. Currently memes abound about how “life isn’t fair” and oh boy is that being thrown right back into his face with this league ban.

The disability thing is weird they took it that far, but I kinda really get it. Spamming 3-5 flask is pretty much part of the game play if you want to play good and on higher levels of content. I’ve been tempted more than a few times with the idea of a simple flask macro but it’s just not worth it just in case. Worst part I’ve always found about it is that the Chinese client recognizes this issue and built in a way to trigger additional flasks when you press one as an option.

“who claims to be ‘an educator'”

Yeah, there were no ethics involved in that bit of “teaching” — speaking as someone actually disabled, with fibromyalgia and arthritis in my hands and fingers, who has quit playing POE because of the frenetic nature of it after having played for a good long while, allow me to say that this person can kiss the fattest, hairiest, cottage-cheesiest part of my… well, I’ll leave it to your imagination to finish that. Which, honestly, I should have done right before I wrote “cottage-cheesiest” but I was in the zone.

What does it have to do with the fact that people entered frenzy without knowing truth of the matter? It is all too common these days, no need to know what is going on, fire up your fake sense of morality which always turns out to be self righteous shitfuckery at the expense of others and rage at someone who you label as “abuser”. Whoever started this proved his or her point. It is all too easy to abuse internet and even people who claims to be against abusing others on internet are doing the same thing for “greater good”!

His point didn’t need to proven. It was something everyone already knew about online behavior.

No one proved anything. It’s clear that it was a cop-out or facesaving post. It’s also completely antiethical and while abuse of all kinds should be abhored upon, this wasn’t the case.