In response to Activision-Blizzard CEO Bobby Kotick’s letter to staff last night, organizers of today’s walkout have issued a response arguing that his letter “fails to address critical elements at the heart of employee concerns,” including their demands for forced arbitration, worker oversight of hiring and promotion, pay transparency, and third-party auditors not chosen by the executives.

“Today’s walkout will demonstrate that this is not a one-time event that our leaders can ignore,” they write. “We will not return to silence; we will not be placated by the same processes that led us to this point.”

Activision Blizzard walkout organizers just released a statement in response to CEO Bobby Kotick's email to staff in which he described the company's response as "tone deaf" pic.twitter.com/64D7w8PhOL

Last week California filed a massive sexual discrimination and sexual harassment lawsuit against Activision-Blizzard following a two-year investigation. Since then, there’s been a steady stream of leaked memos, press statements, and apologies from both current and former Activision-Blizzard leaders, as well as an outraged chorus of workers raising their voices to call out abuses and lies. Earlier this week, employees began signing on to an open letter condemning the corporate response. As of last night, it had over 3200 signatures, and an employee walkout is slated for this afternoon. Players are being asked to avoid the games and use the #ActiBlizzWalkout hashtag on Twitter in solidarity with workers.

Kotick stayed silent for a week before his public letter late last night, during which he apologized and called the company’s initial responses “tone deaf.” He insisted that the company will investigate every claim, hire staff and resources to do so, add moderated safe spaces for speaking up, re-evaluate managers and terminate anyone “found to have impeded the integrity of [the company’s] processes for evaluating claims,” and create additional diverse hiring “compliance resources.” But the letter also refers workers with complaints to an external law firm that actually specializes in helping companies navigate government investigations rather than ensuring safety and diversity.

Organizers – or at least some of the organizers – have apparently requested that people not post video of the event to protect the employees attending, but there’s still plenty of video of the ongoing walkout on offer across social media. Journalist Kevin Hitt reports around 300 people so far. 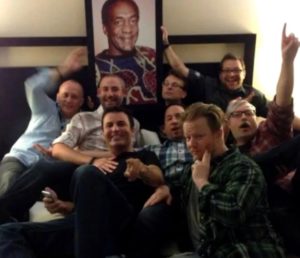 As we type this, Greg Street’s Twitter account still includes public references to the suite from 2013. Street is now at Riot Games heading up the LOL MMORPG. 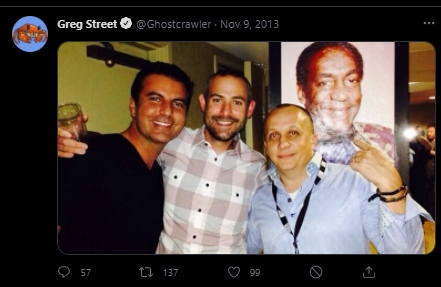 Blizzard protest is in full swing! [Outside of Blizzard HQ] from wow

The walkout has even made it to the BBC.

The entirety of the #ActiBlizzWalkout crowd in front of the gates for Activision Blizzard HQ: pic.twitter.com/TqnRNzFGku

I just shared this message with Riot and wanted to share with you all. pic.twitter.com/YRlawp7Rok

Re: the group chat. Dave was talking about his own wife and a friend. It was a joke, not intended for a broad audience. But the chat is gross and I completely understand how it looks. I should have said something.