(We’re updating with the big announcements at the end of this post.)

Today’s the day, folks: As promised, Blizzard will be taking the wraps off World of Warcraft’s next expansion. And this reveal is quite belated, as we’d normally have expected this announcement to have arrived last fall, but as our readers are surely aware, the last few years have been chaotic for Activision-Blizzard, given its still-boiling discrimination scandal, Microsoft buyout, and the severe depression in revenues and players for Blizzard itself. In other words, today isn’t just about an expansion but about selling the gaming industry on the future of Blizzard as a studio, and we’ll be on hand to chronicle it.

Our readers have surely already seen all the leaks and have their own predictions, but we’ll soon find out which ones were real and which ones were dirty fake-outs. The presentation begins at noon EDT; you can watch along with us below. We’ll be updating the post with pertinent highlights as the event rolls on.

We have no release date, though Hight says to expect alpha information soon. There is a beta opt-in on the official splash page. 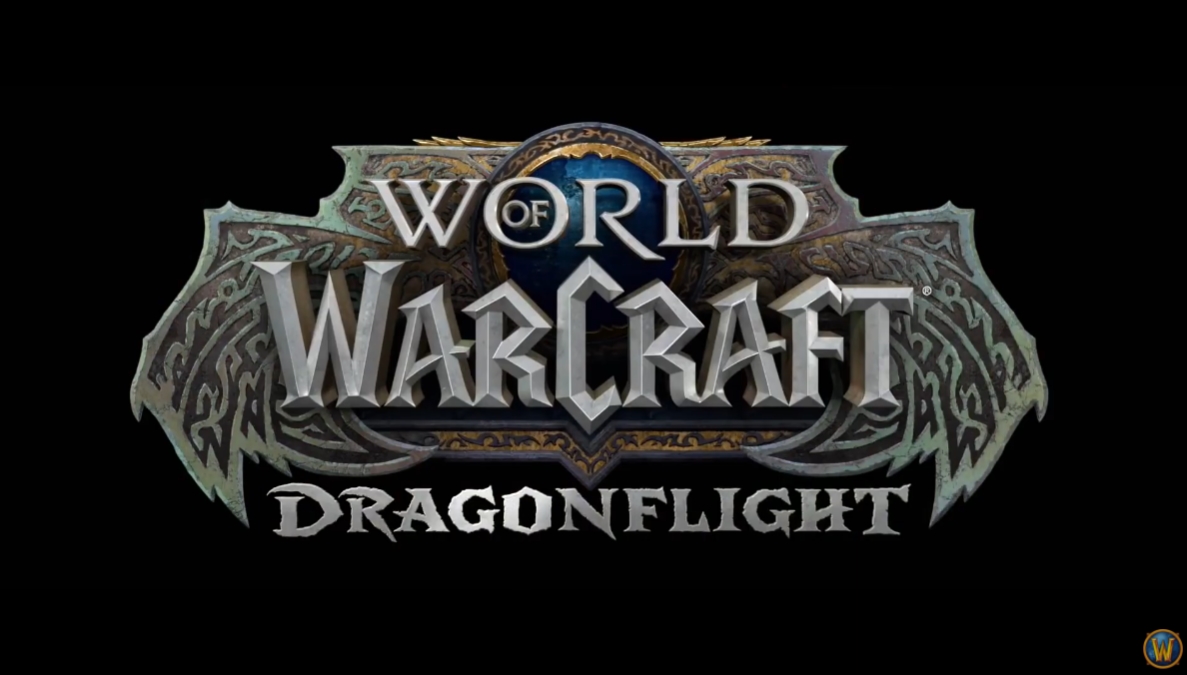 Press release: IRVINE, Calif.–(BUSINESS WIRE)–Apr. 19, 2022– Following a period of calamity for the world of Azeroth, long-forgotten forces are stirring in the mythical Dragon Isles, the ancestral home of dragonkind. Today, Blizzard Entertainment announced World of Warcraft®: Dragonflight, the upcoming expansion for the company’s critically acclaimed massively multiplayer online role-playing game, which welcomes players into a new era of high-fantasy adventure.

The dragons of Azeroth have played a central role in the world’s affairs, guiding the mortal races and influencing events with their considerable power—occasionally for their own ends. As their sacred broodlands reawaken, the dragons will call on the heroes of the Alliance and Horde to help reckon with the threats and mysteries that are beginning to surface. Reemerging after eons of dormancy and ready to join the fight are the powerful dracthyr Evokers, World of Warcraft’s first ever combination race and class.

Depending on the class specialization they choose, dracthyr Evokers can assail enemies from range as a damage dealer using breath, fang, and claw, or aid and bolster their allies as a healer by means of the more mystical gifts of dragonkind. Players who create dracthyr Evokers will be able to design both the draconic avatars that they embody in battle, and the humanoid Visage forms they use to interact with the denizens of Azeroth. Dracthyr Evokers begin the game at level 58, with a unique starting questline, and they can choose to align with either the Alliance or Horde.

In addition to their cunning and power, Azeroth’s dragons are known for their aerial agility—fittingly, all players will be able to learn the art of Dragonriding, unlocking a new dynamic form of flight along with a drake companion that can be customized in appearance and trained to soar through the sky more effectively as players progress through the expansion. Dragonflight will also bring the most extensive updates to World of Warcraft’s talent and profession systems since the game first launched, providing players with new levels of freedom and depth in how they define their characters.

“Players have been eager to revisit World of Warcraft’s high-fantasy roots, and they’re going to find just that in Dragonflight, with a deeper exploration of Warcraft®’s iconic dragons and a thrilling adventure into their legendary homeland,” said Mike Ybarra, President of Blizzard Entertainment. “We’re also completely overhauling many of the game’s underlying systems to ensure that WoW® continues to offer the type of experience that players expect not just with this expansion but for many years to come.”

Press release: IRVINE, Calif.–(BUSINESS WIRE)–Apr. 19, 2022– From his grim citadel deep in the frozen continent of Northrend, the dreaded Lich King Arthas Menethil sets in motion his conquest of Azeroth, ushering in one of the most unforgettable sagas in Warcraft® history. Blizzard Entertainment today announced that World of Warcraft®: Wrath of the Lich King Classic™ is coming later this year, inviting players to experience anew an adventure that indelibly shaped the ongoing story of Warcraft. When it launches in 2022, this finely tuned rerelease of the smash-hit 2008 expansion will be available at no additional cost to all players with an active World of Warcraft subscription.

“We’re thrilled to revisit one of the most beloved eras in Warcraft history with Wrath of the Lich King Classic,” said Mike Ybarra, President of Blizzard Entertainment. “The original release of this expansion brought many improvements to the game, along with a timeless villain and an epic story. We’re taking care to preserve the authentic Classic experience for those looking to relive their glory days in Northrend—and deliver a worthy and accessible re-creation for those embarking on this vast adventure for the first time.”

Players without existing characters ready to take on the hazards of Northrend can take advantage of an optional level-70 character boost closer to Wrath of the Lich King Classic’s launch. Further details, including information around pricing and availability, will be announced at a later date.