As World of Warcraft‘s Dragonflight expansion marches into alpha testing, we’re getting more glimpses at its new/old talent system, which harkens back to the talent trees of yore. Some have welcomed this return to WoW‘s roots, but I see this as nothing but a step backward. Nostalgia can cover for a lot, and I think too many have forgotten just why those talent trees were dropped in the first place.

WoW has had many revamps of its talent system over the years, but by and large it can be broadly divided into two models. The original talent tree system that persisted in one form or another from launch up to and including Cataclysm, and the tiered choice system introduced in Mists of Pandaria and used up to now (hereafter referred to as the Mists model).

The old system awarded talent points from nearly every level-up, which could be spent to unlock various nodes. Most of these were passive stat-increases, but occasionally you’d get one that adds a new active ability or alters the functionality of an old one. The Mists model offers a choice of one of three talents every 15 levels or so; each tier tends to follow a theme (crowd control, AoE, etc.), and the options may include passive or active abilities. The effects of each choice are much more dramatic than in the old model.

I won’t claim that the Mists model is perfect or that it has no room for improvement. But I stake the claim that it is a massive improvement over what came before.

I first started playing WoW in Wrath of the Lich King. Being a bored teenager with nothing better to do, I spent a lot of time in the game, and that often led to downtime in the major cities. During those moments, I’d often inspect other players to look over their builds (yeah, I’m weird). Especially Mage players, as my main was a Mage at the time. Do you know how many mage builds I saw during all those inspections?

Every person had the same build. Every last one. Arcane specialization with the same distribution of talents. At most two or three talent points (out of dozens) might be different between them, and never in any way that would noticeably change how a character plays. 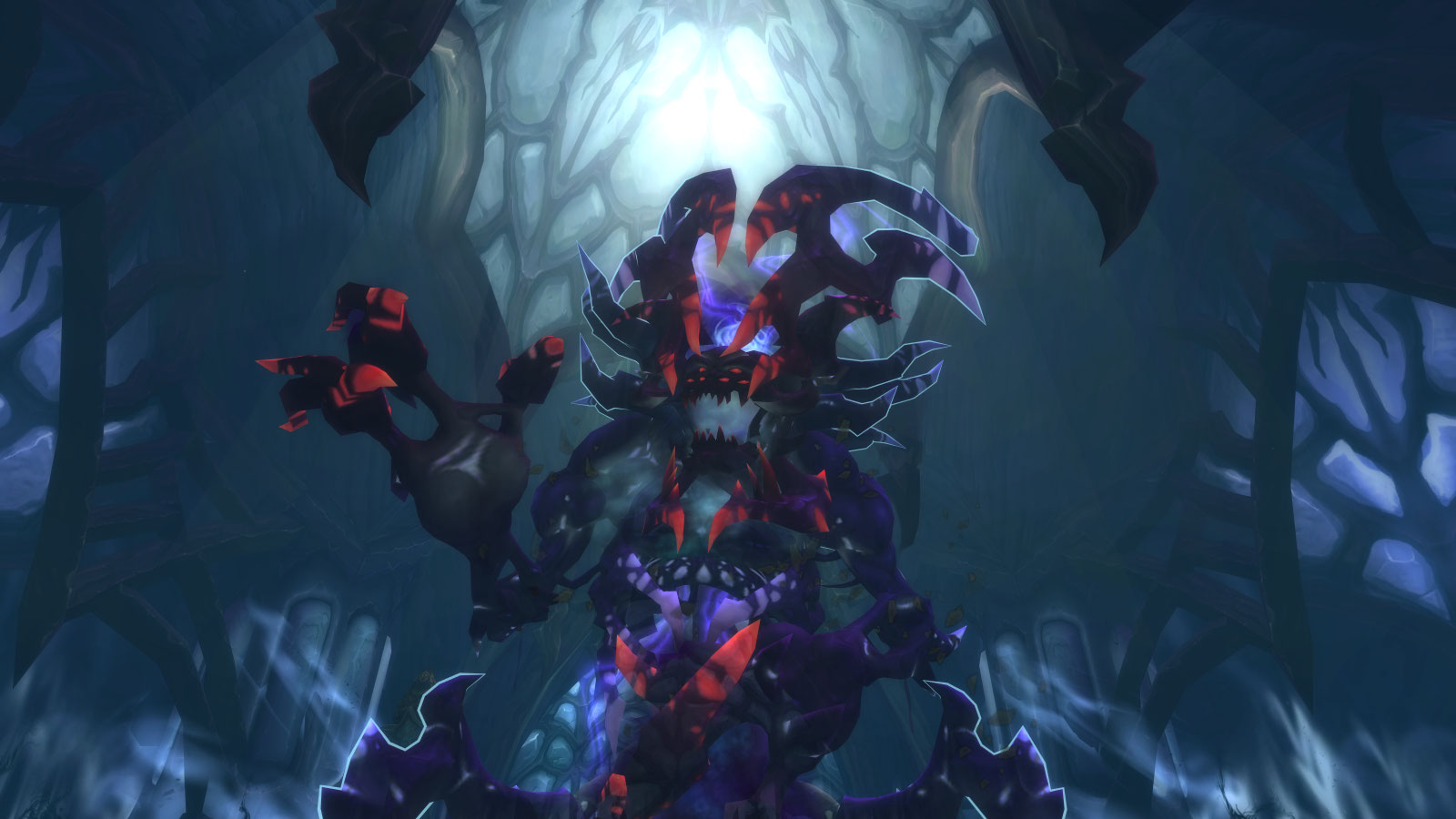 In all my countless hours of play in the Wrath era, I encountered a grand total of one other Mage who wasn’t using that cookie cutter Arcane build, a Gnome Fire mage I encountered during a random run of heroic Drak’Tharon Keep. It was such a rare occurrence I can still remember it in detail a decade later.

“But just because a lot of people went for cookie cutter builds doesn’t mean you had to,” some might say. And yes, the option for more exotic builds existed. I myself went for an eclectic “frostfire” build that used primarily Fire talents, but with some dips into Frost and using Frostfire Bolt as my main nuke. As I’m someone who did step off the beaten path of character builds back then, let me assure you: It sucked. It completely, utterly sucked.

The barrage of unsolicited build critiques was almost endless. At best, it was well-intentioned (but still unasked for) advice, but more often it came in the form of snide comments, vote kicks, and outright harassment.

Those other players weren’t even entirely wrong for questioning my judgment, though the rudeness can’t be justified. I was pulling significantly less DPS than the cookie cutter build. It was still enough to get by in the lower-end content I focused on, but I was certainly making my character — and by extension my groups — noticeably less efficient.

By comparison, do you want to know how often I’ve gotten comments about my builds since the Mists model was implemented? Never. Not once. I still don’t Google my builds, and I still pick whatever seems cool to me, but no longer does it hold me back in any way. 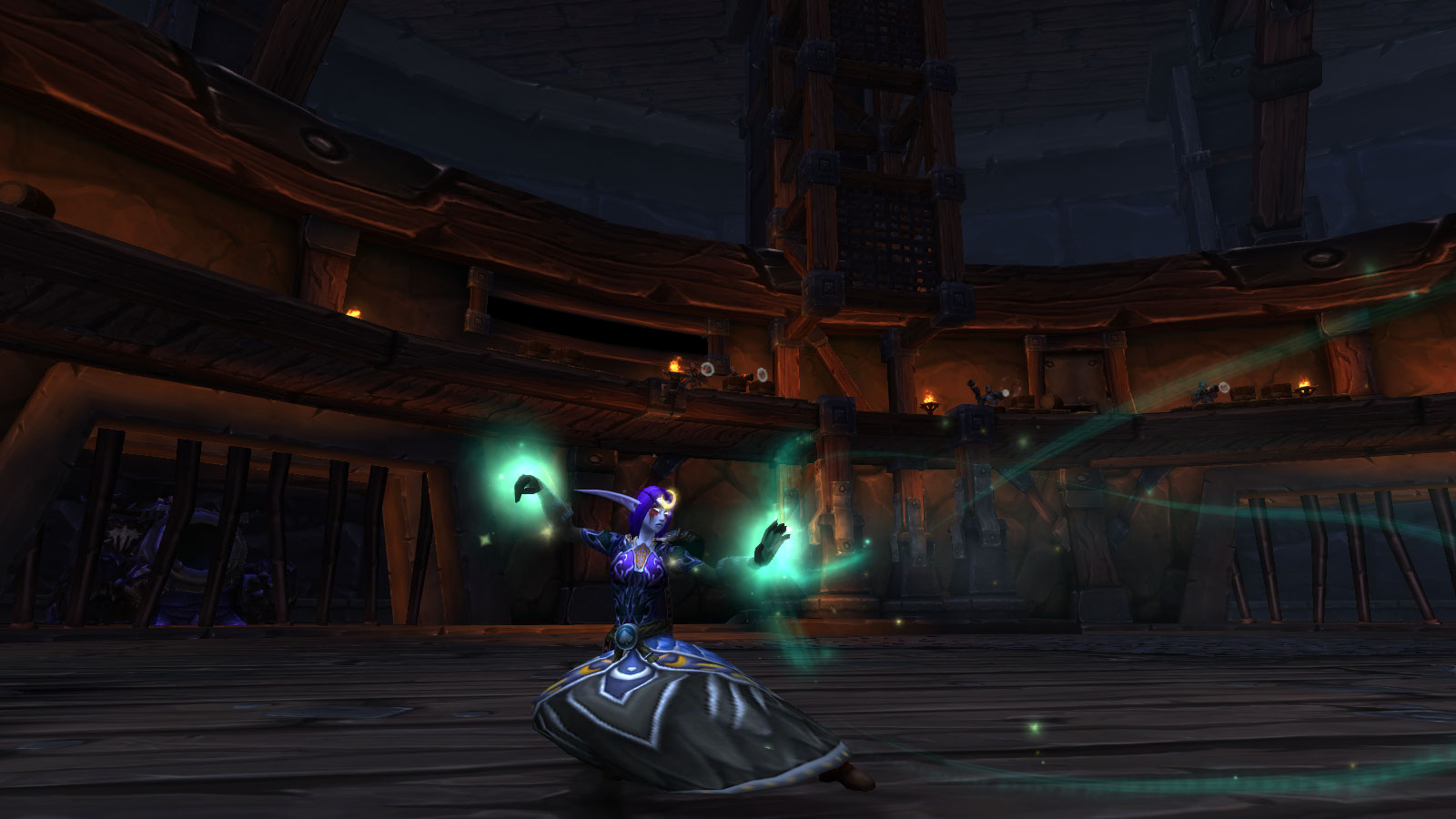 The old system was about determining what your character can do, and that will always lead to a clear right and wrong answer. The Mists model is more about how your character does things, and that’s where true character customization can exist.

If you’re given the choice between a talent that gives you a crowd control ability and one that boosts single-target damage, the latter will always be the correct choice (at least in a PvE context). If you’re given a choice between three talents that all boost DPS but in different ways, then you can have a real choice. Even if one is optimal, the difference is likely to be small enough that most players can ignore it.

And these are still meaningful choices, moreso than we had in the old system even. Choosing between a passive boost, a new rotational skill, or a powerful cooldown gives you a real choice in how your character plays far beyond merely choosing +3% crit versus +3% haste.

I don’t make a habit of inspecting people’s builds the way I used to, but in the expansions between Mists and when I stopped playing, just from spell effects alone I could see that most talents were seeing regular use. While some may still have chosen cookie cutter builds, genuine build diversity existed in a way it never did back when I started playing.

About the only argument I can see for a return to old-style talent trees is that they ensure people will earn something new with each level-up, but that doesn’t seem enough to justify throwing away all the advantages of the Mists system

Yes, it is pretty weird-feeling to level up and get essentially nothing for it, but leveling has been a neglected aspect of the game since… basically ever, and “dead levels” are not the biggest problem the leveling game has. 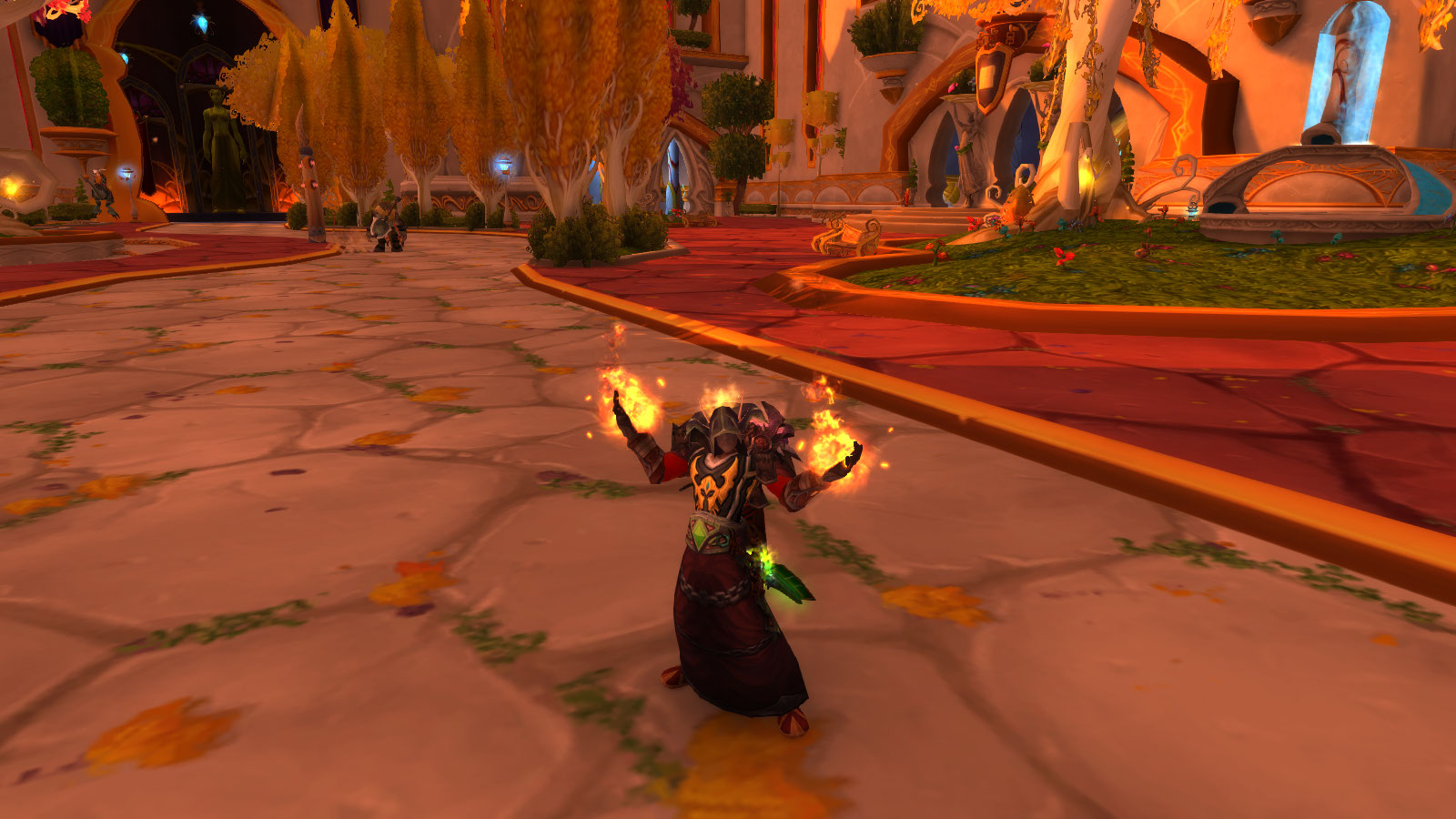 I think in a lot of cases when people miss the old talent trees, what they really miss are the unique builds that got lost over the years. Things like Enhancement Shamans wielding two-hand weapons, or Blood Death Knights who DPS. I know I miss my Mage’s frostfire build.

But there’s nothing about the Mists model that systemically prevents those things from still existing. Blizzard chose to remove them for other reasons. There’s nothing preventing them from adding Frostfire Bolt as an option for Fire Mages in their current talent tree and bringing back something like my old build. By the same token, there’s no guarantee that a return of talent trees will bring back the old builds you missed.

Looking over the talent trees previewed so far, I don’t see that Blizzard has learned anything from the mistakes of the past. There seem to be clear right and wrong choices in each tree. I certainly don’t imagine a Balance Druid who invests heavily in talents to buff bear form is going to get a lot of raid invites.

I’ll be honest: This new, old talent system is a big red flag for me. Like Dragonflight rehashing the Dragon lore, it gives the impression of a team with no new ideas, grasping at straws to try to recapture its past glory. Like the removal of the Dungeon Finder from Wrath classic, it gives the impression of a blind adherence to nostalgia, the idea that just because something is how it used to be, it must be good. It’s a signal to me that Blizzard has not addressed the fundamental philosophical problems that led World of Warcraft astray in the first place.