I now return to bring you the second part of my analysis of weapon and armor choices for the solo player in New World. If you’re just joining us, know that last time I covered ranged physical weapons and melee weapons. Today, I’ll finish the coverage by discussing magical weapons as well as armor choices.

The magic weapons are largely ranged, but they function differently from their physical ranged brethren. With one partial exception (more in a moment), holding down the right mouse button allows you to block instead of aiming down your sight. This means they won’t be as accurate at longer ranges, but the ability to block is invaluable when soloing.

That said, unfortunately, magic weapons do still have another disadvantage for the solo player: mana. Everything they do consumes mana, even basic attacks. This can really slow you down if you’re working your way through a mob-dense area. There are ways to combat mana-starvation – most weapons do eventually get passives to improve their mana efficiency, and there’s always the option of chugging potions – but it’s still a handicap other weapons don’t have to deal with.

That doesn’t mean you can’t solo with magical weapons, but it’s something to be aware of. As with physical ranged weapons, I recommend keeping a melee weapon in your second slot, even if only for emergencies. They can also work as a pseudo-melee secondary weapon for a musket or blunderbuss build. I’ve tried that, and it works well.

The fire staff and ice gauntlet both scale solely off intelligence. If you’ve ever played a mage in any RPG in the last 20 years, you probably already have a pretty good idea of how they play. The only minor surprise is that the ice gauntlet isn’t as good at kiting as you might expect, as its slows tend to be area-based. It’s got solid damage and defensive tools and is still all around a good weapon, though.

An obvious option is to combine the two, and as long as you can manage the mana issues, I think that’s a valid choice. Personally I’d prefer to choose one and pair it with a rapier or one of the guns mentioned above. 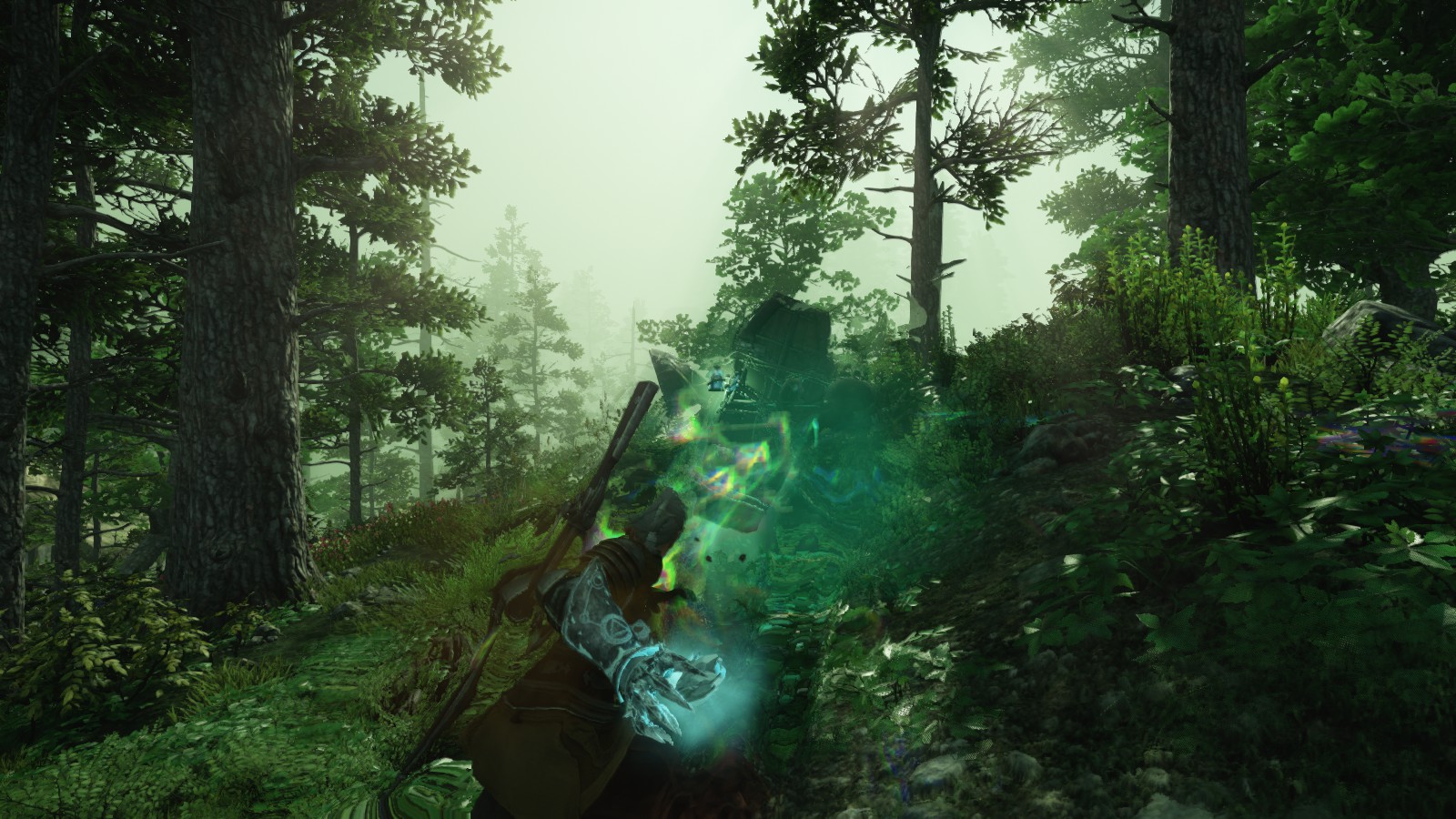 That brings us to the void gauntlet.

The void gauntlet is a combined healing-and-damage weapon scaling off intelligence primarily, with focus as a secondary stat. Unlike the other magic weapons, it can’t block by default; instead, the right mouse button drains your health to regenerate mana. Many of its abilities have both healing and damage effects, and some even convert your damage directly into healing.

Back in the days of The Secret World (which for all their differences can still often feel like a cousin to New World), leech builds, which convert damage to healing, were the absolute king of solo builds. They create a positive feedback loop where increasing your damage also makes you harder to kill. It’s exactly the kind of perfect efficiency you want as a self-reliant soloist.

Therefore, it is perhaps not surprising that the void gauntlet is my pick for the absolute best solo weapon in New World. For sure, you can also make a strong argument for hatchets, and spear isn’t so far behind, either. But for my money, nothing quite equals the void gauntlet.

This power does come with some caveats – mainly that you can’t just pick any old void gauntlet build and expect to faceroll the world. There’s a specific build you need to shoot for: You’re going to want to focus on the Annihilation skill tree, for starters. You can dip into Decay a bit for a specific skill or two, but Annihilation has your essential solo tools.

First, Void Blade is going to be your bread and butter. It converts the void gauntlet from a ranged to a melee weapon; your basic attacks no longer cost mana, and you can once again block. Its heavy attack even has a lunge effect, making it a halfway decent gap-closer. Your basic attacks with the Blade will also apply a stacking DoT, but for a solo player that’s almost a secondary benefit compared to the other perks. 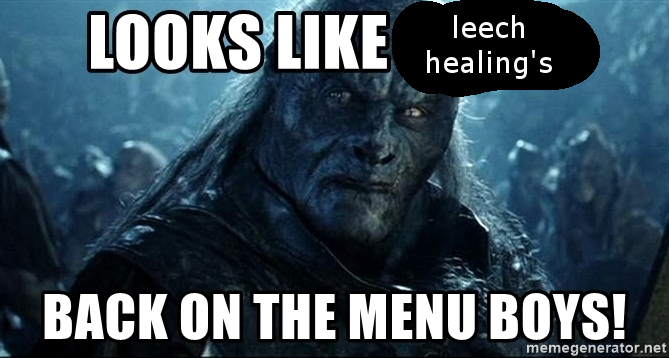 Early on, you won’t be able to have Void Blade up all the time due to its cooldown, but once you get some cooldown reduction passives, you should be able to have it active pretty much 100% of the time.

The other essential ability is Annihilation’s capstone passive, Voidcaller. It periodically triggers an aura around your character that damages enemies and heals allies (including you). The damage is nothing to sneeze at, but the healing is what truly makes Voidcaller a must-have. It will allow you to heal through incredible amounts of punishment and reduce your downtime between fights to virtually nil.

To benefit from this healing, though, you need to make sure you’ve gone for a focus build. You’ll do a little less damage since focus is the void gauntlet’s secondary, but most of the healing effects from void gauntlet scale off focus only, so you need it to fully unlock the weapon’s solo potential.

Unfortunately, there’s currently only one other weapon in the game that uses focus, and that’s the life staff. By the same token, life staff’s only function for a solo player is as a back-up to void gauntlet. Even then it’s barely useful, as its toolkit is too heavily focused on group support. I get some use out of Beacon, which attaches a healing aura to an enemy, but that’s about it.

Truthfully, though, you don’t even need a secondary weapon with the void gauntlet. Like the hatchet, it’s strong enough to stand on its own, and you really don’t need anything else.

One other minor flaw of the void gauntlet — more of an annoyance than anything — is Lost enemies. They’re resistant to void damage, so they take a fair bit longer to kill when the gauntlet is your only option. If possible, socket an amber gem in your gauntlet to convert some of the damage to nature; Lost are vulnerable to that. 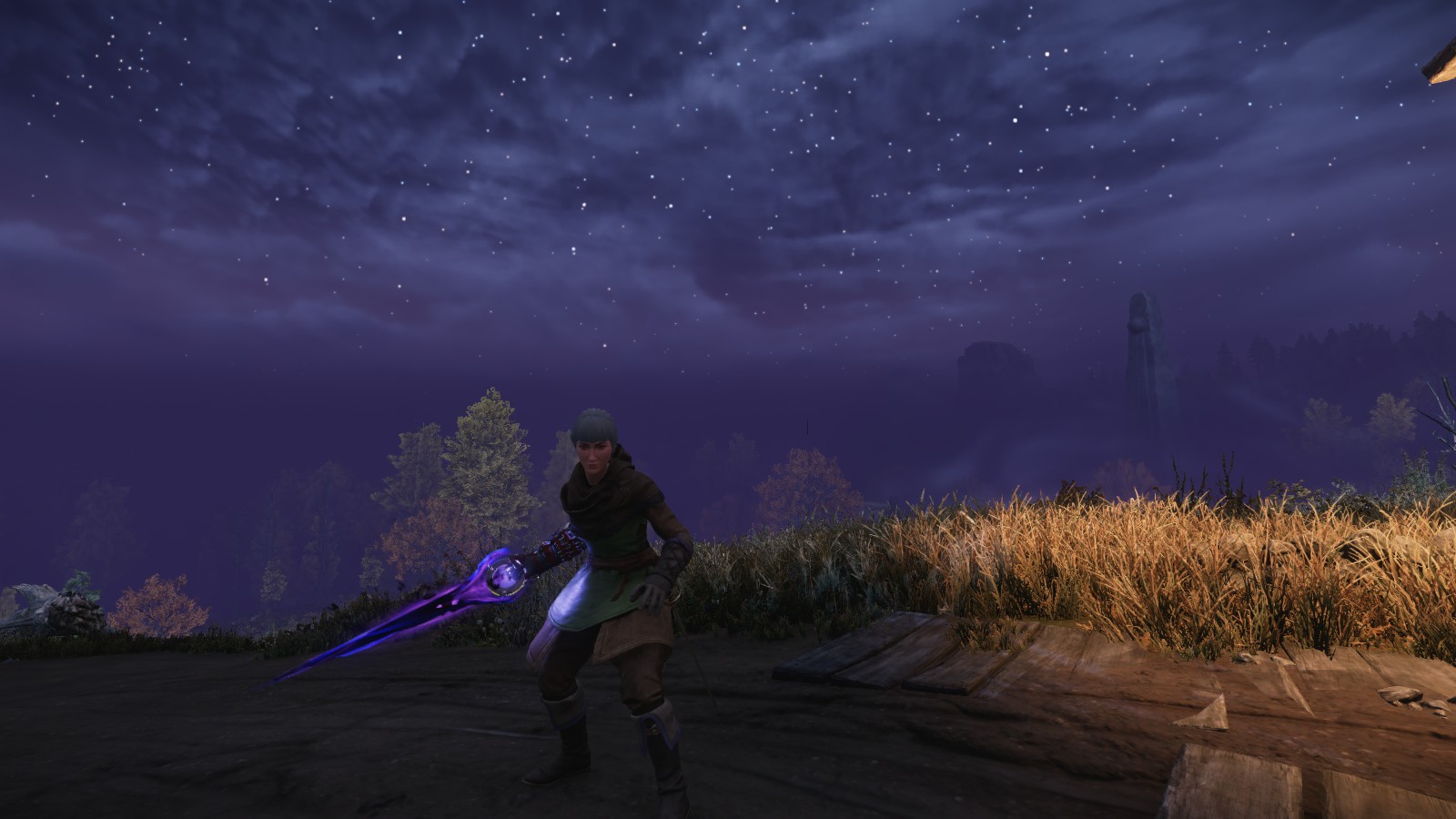 Still, even with all these restrictions and caveats, void gauntlet is second to none as a solo weapon. It simply has an answer for everything. With massive self-healing that comes naturally as part of your DPS rotation, it provides massive survivability without sacrificing damage. It’s equally effective against both single targets and crowds. You’re unlikely to run out of mana while relying on your Void Blade, and if you do, just drain some of your health to replenish it – Voidcaller will have you healthy again in no time.

New World has three armor weights: light, medium, and heavy. The heavier the armor, the more protection it provides, but higher armor weights make your dodge shorter and more sluggish. A light armor load provides a bonus to damage and healing, whereas a heavy armor load deceases healing but increases block stability and the efficacy of your crowd control effects. Medium armor provides a slight bonus to damage and CC, but none to healing.

I don’t think there’s a single right or wrong choice for your armor when soloing. It depends on what you’re trying to do.

If your build is focused on just not getting hit — if you’re using mostly ranged attacks, for instance — light is the way to go. Its dodge is quick and long, allowing you to stay well out of reach of your enemies. My spear/bow alt uses light armor to great effect.

For my money, heavy armor is probably the weakest choice, mainly due to its very short dodge, but it can still have a place if you’re going for a build that wants to just stay in the thick of things and slug it out.

For anyone else, you probably want medium armour. This is what I use with my main’s Void Blade build; I’m melee, so I want good mitigation, but the healing penalty for heavy armor would counteract my self-heals too much. 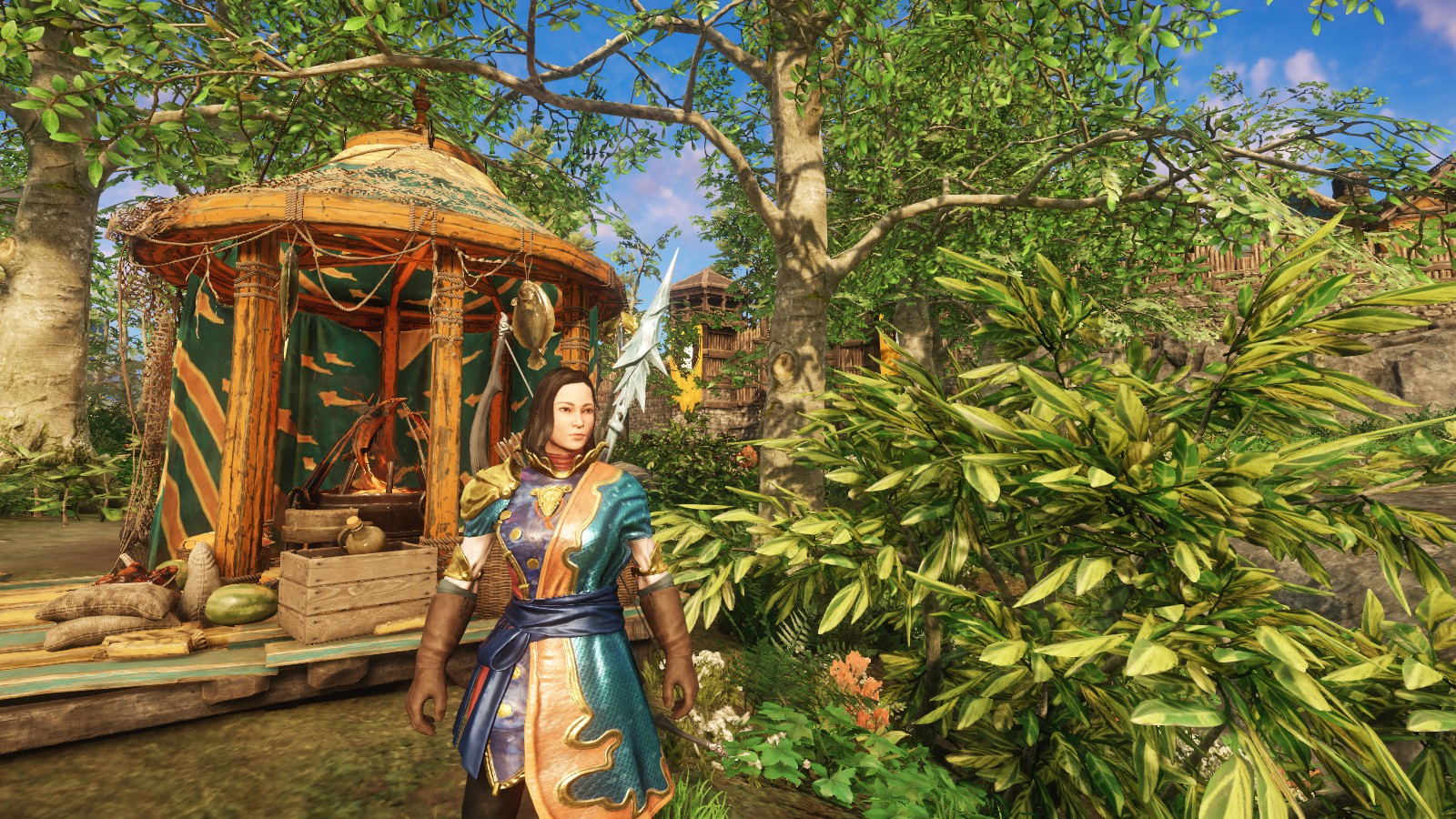 One tip: For light or medium builds, you can include one or two pieces of a higher armor weight without going over the limit for your current weight. For example, it’s often best for a medium armor build to still use a heavy chest piece. The weight isn’t quite enough to push you over into a heavy armor load, so it’s extra damage mitigation for free.

This is a bit of a basic overview of the build options for a solo player in New World, but hopefully it can point you in the right direction. Void gauntlet and hatchet are the two weapons strong enough to be used alone, without ever weapon swapping if that’s your thing. Melee options do tend to be a little better for solo play overall, but ranged is still viable. Your best bet there is an intelligence build that pairs musket or blunderbuss with a magic weapon.

That said, I do want to stress that I think almost any weapons or armor can work when playing solo; some choices are better than others, but they all have their place.

Star Wars: The Old Republic previews its 7.2 PvP changes with...

WoW Factor: The curious treatment of alts in World of Warcraft...