Back in June of last year, Black Eye Games told Gloria Victis fans that the gritty siege warfare MMO was getting close to release with just a few big milestones to go. This morning, the studio confirmed that it’s finally ready to launch its 1.0 version and leaving access in just two weeks on February 7th.

“Back [when Black Eye was founded], we didn’t have any funds, investors or publishers,” the studio writes. “Those of us who founded the company had to find extra jobs so we could afford to officially register the company. What a rocky start to developing the hardest type of a video game possible! But we managed to create our dream game – an open-world MMORPG that stands out with its non-target melee combat, epic large-scale PVP battles and sieges, and player-driven economy – and now, after years of hard work, we can proudly share the great news[.]”

Since those days, the team has expanded the world to three times its original size with 10 times the server capacity thanks to 350 weekly updates. This flowchart for gameplay is fairly unique in MMOs but rather useful for grokking the game quickly. 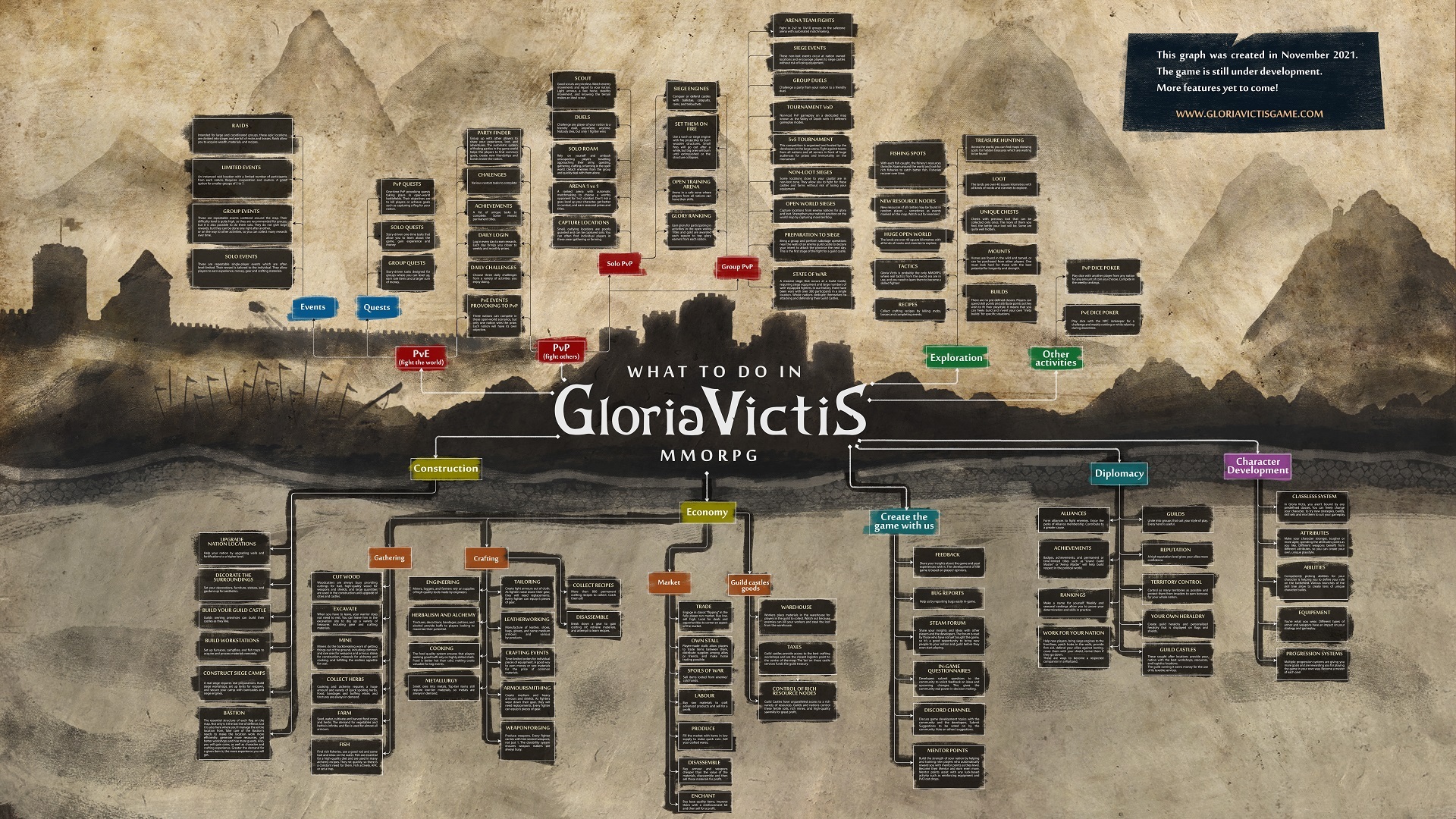 Do note this is a buy-to-play title; there are legacy servers left over from the early access, which will not be wiped, but launch will also bring brand-new “New Beginning” servers on release, with no way to move toons over barring a hypothetical future merge, so they’ll be a true clean slate for new players.

Hopefully the launch will boost the game’s profile; apart from its early access launch in 2016, it’s hovered around 500-700 peak monthly players for the last several years.