Richard Garriott casts a long shadow in the MMO industry, with Ultima Online serving as the first fully graphical MMO and ushering in the genre as we know it. His more recent claim to fame, though, is the success of Shroud of the Avatar, a crowdfunded spiritual sequel to his Ultima series, online and off. It’s one of the big crowdfunding successes and something that raises plenty of interesting questions about the viability of crowdfunding and how the game’s financial model influences its development.

I was lucky enough to have a chat with Garriott during my time in Boston at this year’s PAX East, and I started by asking him about another long shadow: Godus. Comparisons are fairly obvious, with Godus being another game project put forth by a well-known developer (Peter Molyneux) for crowdfunding. So what sort of influence do high-profile troubles such as those have on Shroud of the Avatar‘s community, and how can the team avoid the risks? 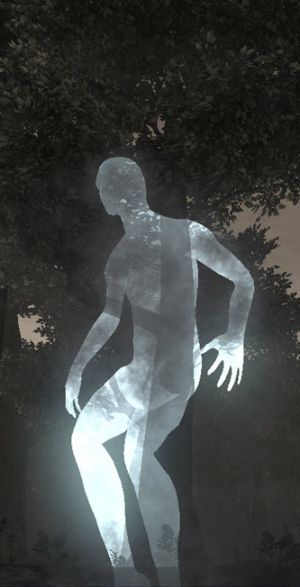 Garriott immediately agreed that for crowdfunding as a whole, there’s a ripple effect when projects like Godus happen (or more accurately, don’t happen). Every time a known developer hits a major misstep on a crowdfunded project, it has an impact on any other developer looking to go the same route. One of the big reason the team on SotA believes so strongly in not screwing the game up is that no one wants to harm crowdfunding as a viable route for future developers.

For SotA‘s community, there’s been no real loss of faith, as the team has always tried to be transparent about money, development, and where everything is going. Garriott laid it out as a difference of psychology: If you take an investor’s money or your own and the game fails, all you’ve lost is one person’s funding. Taking crowdfunding money means that a failure is multiplied, that you’re hurting far more people on a more personal level. That money was significant, and they gave it to you out of faith.

So the SotA team tried to lay as many of the realities of development on the table as possible, making it clear there are no assurances. The team has also made a point of both pushing out a new release once per month, whatever state the game is in, and putting meeting results out to backers every time a meeting happens. Everyone backing the game can, at the very least, see what’s going on behind the curtain and offer feedback about that direction in short order.

Garriot says he’s found that the team’s transparency has resulted in much more efficient design, far less money wasted, and far faster course correction on parts that aren’t working. In-game maps were an example of time and money “wasted,” as it were, with a switch to a new style followed by flipping back to the original style. It took two months, and while it ultimately led back to the same place, the turnaround time was short and didn’t profoundly slow the rest of the game’s systems.

What about community feedback influencing design unduly? Garriott pointed out that the team has two lines of defense against community demands that don’t mesh with the game as it stands. The first is to describe how they don’t mesh, but the second is to highlight that development time spent adding X would ensure that features Y and Z don’t get the attention they deserve.

A line in the sand has to be drawn as regards content to be added. Mounts were a stretch goal that wasn’t obtained, for example, and while it would be nice to add them to the initial release, Garriot explained that they would cost more money and delay the existing feature set even further, so it’s better to get the core game launched and add such features down the line.

Of course, you might argue that in some respects, the game has launched via Early Access, a conclusion that Garriott doesn’t entirely disagree with. He says in no ambiguous terms that the only core difference between now and a full launch is that final character wipe, and the team is functionally selling the game as it exists now.

But he also looks at it as something less than a contradiction. There are different mentalities for Early Access players and backers, he says; the latter recognize they’re funding an idea, but the former want to buy, install, and play a game after putting down the money. Thus, the game didn’t launch on Early Access until the team was confident that it would go up, stay up, and be playable for extended periods no matter what.

All is not roses and laughter on the team side, though, as Garriott points out that there are always debates over the best route to take with development. The current debate is how the game should handle respawns: The team is of the mind that respawning enemies and resources should work like many existing MMOs, while Garriott believes respawns should take place only if a player leaves an area for an extended period of time and does something else. It’s part of the ongoing debate as the team figures out whether “accepted” solutions are good ideas there for a good reason or just the best someone could think of that no one has questioned.

Why make it a debate? Garriott reminded me that a good game developer cannot micromanage everyone. You have to hire people in development whom you trust to put the game together, and you can’t just unilaterally dictate what comes next. Plus, sometimes Garriott is wrong: He freely admits that he was a strong opponent of the combat system in the game at first, but he’s now he agrees that it’s one of the most fun and unique parts of the game.

By that same token, the mechanical heart of the game isn’t just being drawn from the older Ultima titles; Garriott is also trying to take lessons from his last MMO project, Tabula Rasa, and systems from that game like control points and AI battlefield awareness are being baked into SotA. He’s also bringing in some of the ideas from the initial pitches of Tabula Rasa insofar as it’s a shared space but also a single-player game at its heart.

As Garriott sees it, players can always opt for the single-player experience, and the game is fully playable from that side, but he also recommends playing it in single-player online mode for those skeptical. It keeps the heart of the game single-player while allowing others to drop in randomly, and old-school Ultima fans can easily think of the other players as functionally NPCs. You don’t have to be involved with the community unless you wish to, although you’re missing out on core parts of the design if you don’t take part.

That also extends to backer rewards. Garriott stressed that while new players won’t be able to buy backer rewards from the company, all backer rewards can be sold or traded in-game, so even those coming in late can pick up items that backers may no longer want. The items in question will be rare but hopefully not unattainable.

Of course, I had to ask about some of the biggest backer rewards that reach north of a thousand dollars. Obviously, the developers need to make money, and selling vanity item seems like a fair way to do that — the company is a business, after all, and it needs money to make the game work and to do more things down the line, hopefully without the need for another Kickstarter campaign for further installments. But Garriott is well aware that it’s possible to go above and beyond with those rewards.

As he puts it, if you spend $200 on a game that gives you 200+ hours of enjoyment, that’s a fair trade for value. But once you get into the $1,000 range and beyond, you’ve passed the point where any game, however good, can justify itself purely based on rewards. There is no objectively fair reward possible for someone who wants to back the game for $10,000; Garriott says with a laugh that at that point, he’s bringing you over for dinner just as his means of personally thanking that backer, which has as much value as that person personally places upon it.

There are no clear answers with crowdfunding and the right or wrong way to do it, but there’s visibly a strength of vision and a drive behind the scenes of Shroud of the Avatar. Talking it over with Richard Garriott gave me a new perspective on parts of the game’s development that had previously left me skeptical, and having the conversation alone was a real treat.

He did, however, make it clear that no bright pink unicorns will be in the game. Maybe one day.

Massively Overpowered was on the ground in Boston for PAX East 2015, bringing you all the best MMORPG and MMO coverage from GW2, FFXIV, Blizzard, and more!
Advertisement

Warhammer Return of Reckoning has another Land of the Dead public...