I’m ashamed to admit that the Argonians are probably my least favorite of all the Elder Scrolls Online races. Perhaps this can be traced back to the Trandoshans in Stars Wars, or perhaps it’s a general dislike of reptiles. I usually prefer the more cuddly creatures, like Kajiit… or Nords. (That was a beard joke, by the way.) But just because I’m not a huge fan of this lizard race doesn’t mean that they aren’t worth playing. It doesn’t mean that their lore isn’t rich and deep. It is, and it all starts with the Hist.

In Elder Scrolls Online, we can visit Shadowfen, which is technically a part of the Argonian homeland, but in the next DLC, we get to dive deep into the Black Marsh and hopefully discover the mysteries of the Hist. However, I have all the secrets here, before the DLC officially drops. Let’s take a few moments to discover the sentient trees that are the Hist and possibly discover the origin of the Argonian race.

An alien view of the world

The other day, I was listening to Dr Neil deGrasse Tyson’s podcast and YouTube show called StarTalk, and he was asked what aliens would think of us humans if they were to visit Earth today. And he said something very interesting. (Trust me; this relates.) Many times in science fiction, aliens are described as having very human-like attributes, which is clearly understandable because they are stories meant to attract other humans. But Tyson suggested that aliens who are able to make it to Earth would probably have a very different outlook on life. And these extraterrestrials would like see us as savages not because of lack of technology but because of how we consume nourishment.

We don’t gain sustenance by simply absorbing energy from our sun; instead, most of us kill or maim other living creatures on our planet to gain energy. In fact, according to the Kardashev scale, a more advanced civilization would be absorbing energy directly from the sun before truly being able to venture to other worlds.

An alien species could likely absorb its sustenance directly from the sun and would see our world as disgusting, regardless of its level of civilization. Perhaps this is the way the Hist see everyone else on Tamriel. The Hist aren’t exactly the gods of the Argonians, as they are presented in some of the texts. The Hist are trees — living, sentient trees. And to them, all the other folks in Tamriel are savages. 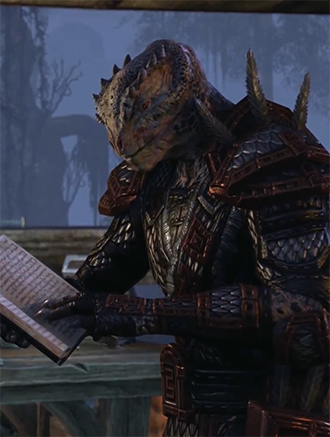 The lizard army of the Hist

All of the Hist are connected in a hive mind that extends through their roots. Although some Hist have been known to go rogue, these betrayers are destroyed immediately, without hesitation. Being a part of a hive mind means that all the trees of the Hist feel the same way, and if one tree feels that we are barbaric savages, then they all do.

Legends say that if a person drinks the sap of the Hist that it can tap into this inter-tree communication. However, the effects on a non-Argonian mind can be devastating, even deadly. It’s believed that Argonians can drink the sap because of their natural resistance to poison, but it’s more likely that the Argonians can drink it because they are physically connected to the Hist.

At an early age, each Argonian goes through a ritual. On her name day, the Argonian drinks the sap of the Hist, and supposedly, this ritual permanently attaches the Argonian to the Hist. Argonians believe that until that point they have no soul, that it’s the Hist that gives them their soul. They also believe that when they die, their soul returns to the Hist to be reincarnated on another Argonian’s name day.

If you thought that the Argonian attachment to the Hist couldn’t be deeper, then wait until you hear where legend says that Argonians come from. As I mentioned, the Hist are trees with roots, so they cannot move. Although they don’t need to move to survive, their home, the Black Marsh, has seen its share of invaders. Unless that tree is an Ent, it will have a hard time defending itself from invaders because of the lack of moment.

According to legend, the Hist created the Argonian race. There are conflicting reports. One saying that the Hist changed a species of lizards into the sentient race of Argonians, while others say that the Argonians were birthed from the Hist directly. Either way, these sentient trees, who are disgusted by the other species in Tamriel, have their own army of lizardmen to defend them. 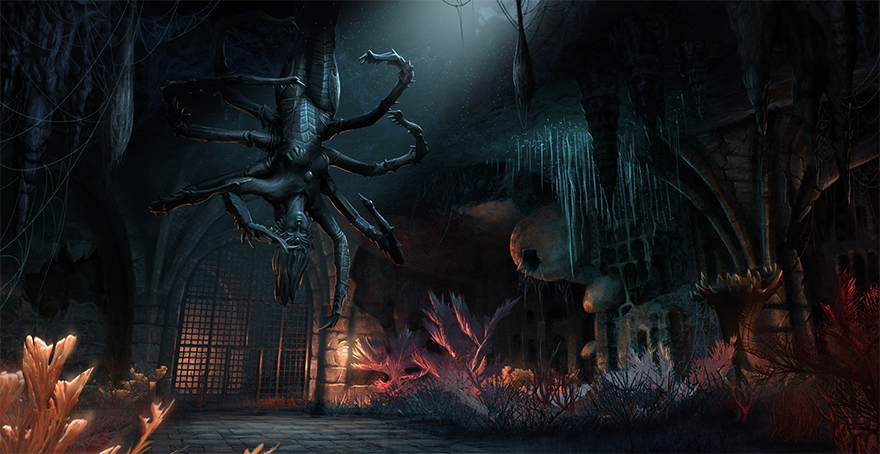 Trees of the Void

As I’ve written about before, the Dark Brotherhood is more than just a pack of assassins for hire. They receive their most important orders from the Listener, who hears the orders of the Night Mother, who is said to be the bride of Sithis, the Void incarnate. So in the end, the Dark Brotherhood is really more of a cult than a gang of hired killers.

The Hist are said to have existed before any men or mer stepped from the primordial soup. They are said to be the very first sentient beings; the Argonians might actually be the second. However, the Empire never encountered a single Argonian until it attempted to remove pirates from the coast of the Black Marsh. And Argonians didn’t join the other races of men and mer until the Ebonheart Pact, as commanded by the Hist.

So who created the Hist, if they did exist before all other sentient races? For that answer, we have to dive all the way back to the Dawn Era. It’s said that the trees were bystanders in the battle of the Ehlnofey. This displays their separation from the other races but doesn’t suggest how they were made. But it does give credence to the idea that they came from an Oblivion plane called the Realm of the Hist.

Their true origin is probably represented in their worship of Sithis. Although there is no historical text showing this, the Hist’s creator is likely the Void himself. This is why there is no conflict of interest when an Argonian joins the Dark Brotherhood: They worship the same god.

I am sure that I’ve left some things out, so let me know what they are in the comments. Have the Argonians become more intriguing to you now? What about the new DLC? Does the Shadow of the Hist hold more weight? Let me know your thoughts.

On Friday at noon EDT, I’ll be joined by ZeniMax devs for my livestream of one of the new dungeons from the soon to be released DLC Shadow of the Hist. Perhaps we will learn more about the mysterious origins of the Hist then. I hope to see you all there watching.