Last year when EverQuest II had a prelude event before the launch of its expansion, it was a two-parter. And thanks to logistics at the time, I ended up missing participating in the first half, a fact that bugged me all year. And still does honestly! I hate missing EQII events, especially one-off live events that will never return. So I was prepared and ready to go for this year’s pre-expansion event. I was excited to dive into these public quests that popped up over a variety of zones; I was going to fully participate this time around and not miss out on any of the things. Besides doing something that is new, you know it’s about collecting all the things! And I wanted All. The. Things.

It was fun… at the start. Sadly, after a short time the excitement ebbed away. Worse, it was replaced with disappointment. On the plus side it hasn’t morphed into apathy for me, and I haven’t written the entire event off yet. But many have. So what happened? This was meant to be a build up for Kunark Ascending. Was it a bad event, or was it just executed poorly? Did it perhaps just lack a special something to keep players invested and engaged? Or is it that players simply expect too much? What went wrong, and how can future events do better? 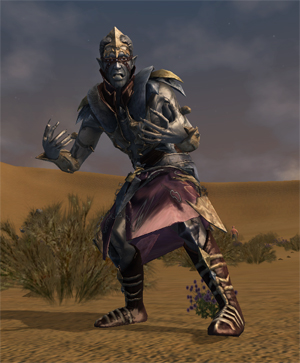 First off, let’s break down how the event played out. I’ve already talked about the general idea in a previous EverQuesting. A number of events can appear in 14 different zones, and there are three different kinds of events: Kralet Penumbra Attacks, Search and Destroy, and The Crusade. The easiest to do is Search and Destroy, the premise of which is that you find these rings of Primordial Malice Militants and warlords and wipe them out. Doing so auto grants and finishes a quest that rewards you with defenders medals. The other two PQ types get way more involved and definitely require the public to help finish them. These can also reward crusaders medals. These new account-bound currencies can then be traded in at specialty merchants for everything from housing decorations to gear and adornments recipes.

The mob rings can be hard to stumble across unless you have EQ2map, which then highlights the spawn in a circle of bright blue on your map. At least, our group members without the addon find it impossible to see the PQs on the map. In the beginning, I couldn’t even find let alone get to a public quest. I forgot to actually update my EQ2map! Once I did that, I was able to just pop into a zone using my druid portal and just see if any were active. Since it also showed the timers as well, I could judge which one to head to first.

It seems likely that the inclusion of so many zones is not only to allow all levels to participate some but to get those levels intermixing again. Since folks have to mentor down to any zones that are grey to them, it means that having lower levels there is really helpful. Of course, mentoring only works if you are grouped, and since public quests allow for folks to work independently without being grouped, higher levels often just traveled into town to chronomentor. The ring events also had varying difficulties, ranging from regular to epic x4. It was actually nice to find that these degrees of difficulty were interspersed throughout the zones, so the easiest weren’t always in the low-level zones and the hardest in the highest.

I think the public quest idea over all is great, but I am not sure it worked out especially well in practice this time around. I judge that not by my own diminished enthusiasm but rather by the lack of folks completing these public quests now.  In the very beginning, they were mobbed enough that I couldn’t even make it to many before they were completed! Now, the gang and I can freely traverse the map collecting multiples in every zone without ever bumping into another soul.

So what went wrong?

One thing that disappoints me is the seeming lack of story to give a reason for these rings of mobs to be here. Granted, this little bit of flavor isn’t vital, but it would have been nice. Instead, it feels like mobs were just thrown down for no other reason than to kill. I miss the story aspect! Without the story, the event feels half-hearted to me. But that’s not what has driven people away from this event. 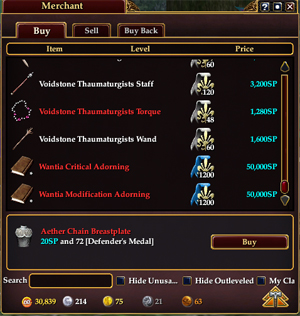 The main complaint that people have right now is the impossibility of getting the goodies. That’s right, it really is all about the goodies! Having a chance at experiencing and getting something exclusive certainly drives folks to participate in live events; after all, you don’t want to miss out on anything, be it the story, an exclusive title, achievements, or limited-time only goodies. And it’s not that we mind a grind for our goodies. Look back at the Monty Python-inspired killer bunny event; I was gladly butchering bunny after bunny because I really wanted that reward! It was tedious at times (and I died oh so many times!), but it was worth it to me to get the hat. And more importantly, it was attainable! Where this public quest seems to have gone wrong is that the ultimate rewards are simply not attainable. Too much work for little — or even no — reward has caused folks to lose hope and give up.

Now you can get a housing item or three fairly easily, and I am not complaining about easily obtainable decorations: Those almost all cost 12, with a few jumping to 36 and a few others at 120. Each. The armor pieces themselves aren’t necessarily bad either, with each piece being around 50. However, the problem is in trying to acquire more than a couple. If you want a full set of gear, keep in mind that there are seven armor slots, three weapon slots, and a bunch more accessory slots. So with gear as well as with the decorations, if you want a number of items you will have to earn a significant number of tokens. Now, the fact that many of the public events you can do alone or with a couple of friends just grant you  couple tokens for each event ring, it takes some time to gather a chunk. A long time. Even accounting for All-Access members getting double currency, I have had to seriously pare down my wish list because I just can’t get enough tokens.

Now look at the adornment recipe books: Those cost 1200 crusader’s medals! To earn this, you really have to dive into the higher-level events with a vengeance. The problem is these events are now pretty much ignored by the public, and you have to have the public to do them. I personally have been unable to even participate in any because of said lack of participants. At least with the search and destroy ones in the lower zones, a few friends and I can group up and gather a few medals. But when we come across an epic x4, we are out of luck even there; we just can’t kill it in the time limit. And of course, when the timer is up, the entire thing poofs and you get absolutely nothing for your work. Even if you just spent tons of time and effort doing everything necessary (and it can be hours on the major PQs), if one creature is left, you fail and walk away with absolutely nothing. Ouch.

Once that downward spiral is started, it is hard to stop. The only way to jumpstart it would be to introduce a new incentive for folks to participate. In general, folks don’t like to see hours wasted repeatedly for nothing. If they did, raiding would probably be the number one feature in online gaming (and it’s very much not). Perhaps more reasonable prices for items would have kept people at the grind longer. A better way to incentivize participation so that folks continue working for the goals (thereby enabling others to continue to work toward the goals) would also be helpful. Heck, even the aforementioned bunny event had a reward for failing enough times!

What could those incentives be? What intermediate rewards would keep people engaged enough to keep working at the longer, harder goals? I’ve heard people mention having a loot chest from the boss would be nice. I’d go for a failed-to-complete achievement that rewarded you for participating in so many PQs even when you can’t finish them. What other ideas do you have? Or do you think the event was just find as is? Please share in the comments below.

For those who haven’t lost hope

If you are a glutton for punishment and haven’t lost all hope yet, there are a few tricks you can employ to try to glean a few more medals to fill your reward wish list. I’m afraid that if you want all the achievements (one for each of the three quest types, one for doing all the types, and then one for completing 50 total and another for completing 100 total), you are probably out of luck unless you are high enough to get to Thalumbra (and of course own that expansion) and can luck upon enough people to complete those difficult PQs.

If you have the right expansion, you can earn 12 crusader medals and 1 defender medal for each Tranquil Sea/Phantom Sea PQs. But if you want to get enough medals just for a few items, you can do a circuit around level 45 that will net a few. To avoid having to flit back and forth to the city to change your chronomentored level, which is a huge pain in the behind, mentor or chronomentor to 45 and hit up Enchanted Lands, Lavastorm, Zek, Steamfont, Feerrott. Doing it with a few friends means you can get even the x2 epic before time runs out, not to mention it is really nice if you have a druid and/or wizard in the party for fast travel.

A hint for doing the PQs in Kylong and Jarsath — besides having a larger group to actually kill the 200 mobs — is to be sure you hit the captains and the warlord. For every one of the four you miss, you lose 1/4 of the reward; if you miss them all you lose the entire reward, even if you did kill all 200 skeletons! And be sure you kill those bosses before all the skeletons, because once the 200 are killed, the event will poof!