END_OF_DOCUMENT_TOKEN_TO_BE_REPLACED
EVE Online‘s Ascension expansion goes live in just two days on Tuesday November 15th, introducing the new free-to-play alpha clone state and completely overhauling the game’s new player experience. The new tutorial represents the best opportunity new players have ever had to get into EVE, and the removal of the mandatory subscription fee means you can can take your time and play as infrequently as you like. Free accounts will have access to a limited pool of skills that will restrict them to flying tech 1 frigates, destroyers, and cruisers of just one race, but you’ll still be able to take part in most of EVE‘s gameplay using those ships.

As CCP Rise demonstrated at EVE Vegas 2016, alpha clone players should be able to make enough ISK to fund PvP and even get some nice solo kills if they know what they’re doing. I’ve done similar experiments in the past in which I started a new character and attempted to compete in Faction Warfare after just a few weeks of skill training, and found the same result. Being effective in EVE is less about the ships you can fly or the skills you can train and more about learning from actual experience or having the benefit of someone else’s. With a good foundation tutorial and just a little direction from older players, new players should be able to beat the learning curve and become highly effective players in just a few weeks.

In this edition of EVE Evolved, I dish out three essential tips from my own experience that should help any new alpha clone players get a leg up on the competition. 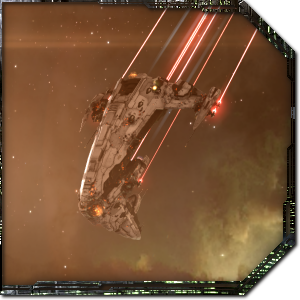 #1 – Make four accounts, one for each race

One of the main restrictions alphas will face is that they can only access the skills required to fly one race’s ships, and the four races have very different play styles: Gallente ships use drones and deal massive damage at close range with blasters; Caldari ships focus on shields and missiles; Minmatar ships use high speed and a mix of weapon systems; and Amarr ships are heavily armoured with energy-guzzling lasers. While each account has three character slots, you can only be actively training one of them at a time, so I recommend signing up four separate accounts and training a different race of character on each.

You can only log in one alpha clone account at a time so you won’t be able to use the characters together, but you’ll get to try out all four races of ships and there’s literally no down-side to training extra characters. It’ll take you about eight or nine months to fully train all of the skills available to an alpha clone player due to the fact that they have reduced training speeds, and training four characters simultaneously makes that fact a little less painful. If you’re intent on using just one account and character, I suggest going Gallente as the Gallente Thorax is probably the most effective tech 1 PvP cruiser available to alpha players and the Vexor Navy Issue is a versatile PvE powerhouse. 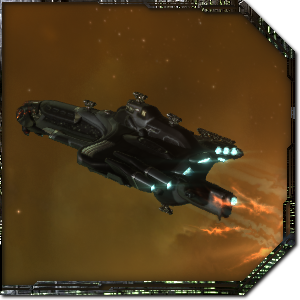 While the new tutorial takes the player on a story-driven adventure with fully voiced characters, EVE is primarily an open-world sandbox game and doesn’t give you much direction. It’s always been a game about setting goals and then clawing your way to them by any means necessary, and that attitude will serve alpha clone players doubly well. With the restrictions alphas face, it will be extra important to set yourself goals and extra satisfying to achieve them. Long-term goals such as training the skills to get into a cruiser are important, but remember to set shorter term goals that you can actively work toward.

Try everything in EVE at least once to get an idea of what you want to do in EVE, and then set yourself some milestones to achieve. Maybe you want to earn 50 million ISK so that you can afford to lose a couple of cruisers without flinching, or mine all the minerals to build your own ships? Perhaps you’re aiming to get a solo kill in PvP, to kill a veteran’s expensive toys with a cheap tech 1 cruiser, or to help kill a capital ship. You could aim to farm enough ISK to buy a PLEX and subscribe your account, or to buy a Navy Issue cruiser and faction modules to maximise your PvE capabilities. If you’re not interested in PvP, you could set yourself the challenge of completing level 4 missions or 4/10 rating exploration complexes. 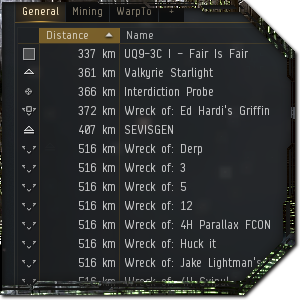 #3 – Steal everything that isn’t bolted down

The traditional ways of making ISK in EVE such as mining or mission-running can be boring and are guaranteed to be slow income-earners for a new player, but there are other options for making ISK. By far the most effective and simplest method for getting a few million ISK in the bank is ninja looting, which is basically stealing loot from other people’s shipwrecks. When a ship is destroyed in PvP, each module fitted to it and each item in its cargo hold has a 50% chance to be destroyed and a 50% chance to be dropped as loot, so every PvP kill leaves a shipwreck packed with goodies.

That wreck belongs to the player who got the kill, but often they don’t have enough cargo space to take all of the loot or they have to warp out to evade attack and the wreck just sits there in space. The average PvP wreck will contain tech 2 modules worth millions of ISK on the open market, and all you have to do is grab it and sell it. Travel to low-security star systems with high numbers of recent PvP kills and look around the stargates for player wrecks and abandoned drones that you can scoop into your cargo. If a wreck is coloured yellow, that means it belongs to someone else and that looting it will flag you as a criminal suspect and allow other players to shoot at you for 15 minutes. Your ship has a built-in safety system to prevent you from accidentally committing crimes, so you’ll have to switch that from green to orange or red before you can start your life of crime.

The trick to ninja looting is quickly getting to the wreck, grabbing the loot, and staying alive long enough to get docked in a station to offload your plunder. The best ship to use is a cheap frigate or even the free rookie ship as you aren’t risking anything by flying it and you get a free replacement if it’s destroyed. When you jump into a system and see wrecks, check to see if there are other players nearby as they might attack you. To cut down on travel time to the wrecks and keep yourself safe, you can bookmark a wreck and then warp to a nearby planet or station and warp back to the bookmark. You’ll land right on top of the wreck and can loot it immediately and warp out again, which will help you steal loot right from under people’s noses.

With Tuesday’s release of the free-to-play alpha clone state and the new story-based tutorial, you’ll have the best opportunity yet to get into EVE Online. If you do give EVE a shot, hopefully the advice above will help you make the most of your free account and give you some ideas if you get an “OK, now what?” moment after the tutorial.

Perhaps the single biggest piece of advice I could give, however, is just to join a corporation or your empire’s faction warfare militia. EVE is primarily a social multiplayer game and you can contribute meaningfully to groups right from day one. No matter what goals you want to pursue, you’ll find there are corporations out there full of like-minded people who are happy to lend a hand.

Stay tuned to MassivelyOP’s EVE Online coverage over the coming weeks as I plan to drag a few friends kicking and screaming into EVE to see whether the story tutorial does its job.