END_OF_DOCUMENT_TOKEN_TO_BE_REPLACED
This week we heard the unexpected news that EVE Online will be going partially free-to-play when the next expansion lands in November. Like many games that have added free-to-play options over the years, EVE will be using a hybrid model that provides a limited free option in addition to its regular subscription. The game won’t change at all for subscribers and will continue to offer cosmetic microtransactions, while free players will be able to log in and play under a new set of restrictions. Free players will have access to only a handful of skills and will be able to fly tech 1 cruisers and below, and any subscribed players whose subscriptions lapse will be temporarily lowered to free player status.

The announcement of the impending business model change has seen a mixed but largely positive response online, with renewed interest from those who have been put off by the subscription. Existing players are looking forward to an influx of fresh players and getting free access to their old characters again but have warned of potential abuse cases if free users can be used for suicide ganking or farming. CCP has been engaging with the community to investigate these potential issues ahead of the expansion, and many prospective players have been asking exactly how much a free player can actually do.

In this edition of EVE Evolved, I delve into EVE Online‘s hybrid free-to-play model, look at the kinds of gameplay a free user can get involved in, and highlight a few potential abuse cases CCP will have to address before November’s update. 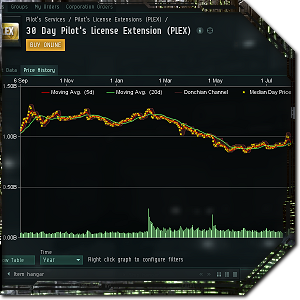 How will the free accounts work?

When the announcement was first made about EVE‘s upcoming hybrid free-to-play model, there was some confusion among readers about exactly how it will work. The announcement devblog began with an in-game lore explanation about clone states, neural expanders, and cerebral accelerators that served mainly to confuse some people who don’t play EVE, but the system is actually very simple.

Anyone who signs up for EVE will by default have an Alpha clone, which means they’re on a free account and are limited by the free account restrictions. Anyone with an active subscription is upgraded to an Omega clone with no restrictions, and when your subscription ends you’re automatically downgraded back to Alpha. Free players will be able to go anywhere in the EVE universe, join corporations, engage in the economy, and take part in any gameplay they want just like subscribers. They will be subject to the following limitations: 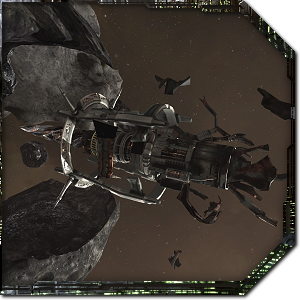 Why is this a positive thing for EVE?

Mentioning the words “free-to-play” and “EVE Online” in the same sentence online has always been a sure-fire way to summon hordes of angry players, but the response to this announcement has been surprisingly positive. Existing players obviously want EVE to thrive in the long term, and an influx of new players is just what the game needs at the moment. Concurrent player numbers have actually fallen over the past two years despite new developments and improvements made to the game, and lower activity makes for a less interesting game. EVE‘s core design philosophy is to put a bunch of players in a box with very few rules and see what happens, and the more players in that box, the more emergent gameplay ensues.

It also helps that CCP is pursuing a conservative hybrid model that favors subscriptions rather than a straight free-to-play conversion that rams microtransactions down your throat at every available opportunity. The hybrid model will lower the barrier of entry for new players and (perhaps more importantly) the barrier to re-entry for lapsed subscribers. EVE is this colossal social network with spaceships, and this new model finally allows people to stay connected to that network when they aren’t subscribed. Every EVE player goes through periods of low activity in which they might not be getting their money’s worth out of the gameplay and might unsubscribe, but now they’ll still be in-game when something big happens, and that might convince them to get back into the action. 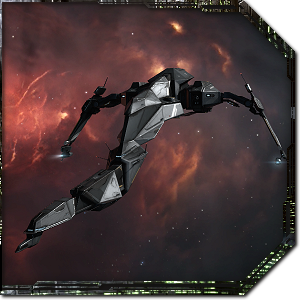 What can a free player do?

It has been pointed out that EVE‘s upcoming hybrid model is similar to World of Warcraft‘s level 20 endless free trial except that you can let your EVE subscription lapse to go back to being a free trial account again. This isn’t completely accurate, as being level 20 in WoW will severely limit the content you have access to and prevent you from engaging in the endgame gameplay. The restrictions in EVE may limit what you can feasibly do solo, but EVE is not primarily a solo game. One alpha clone player in a cruiser with tech 1 weapons is a limited threat in PvP, but a hundred of them can kill damn near anything.

Based on the skills presented in the devblog, new players will be able to everything a paying subscriber can do to a certain degree, including but not limited to: 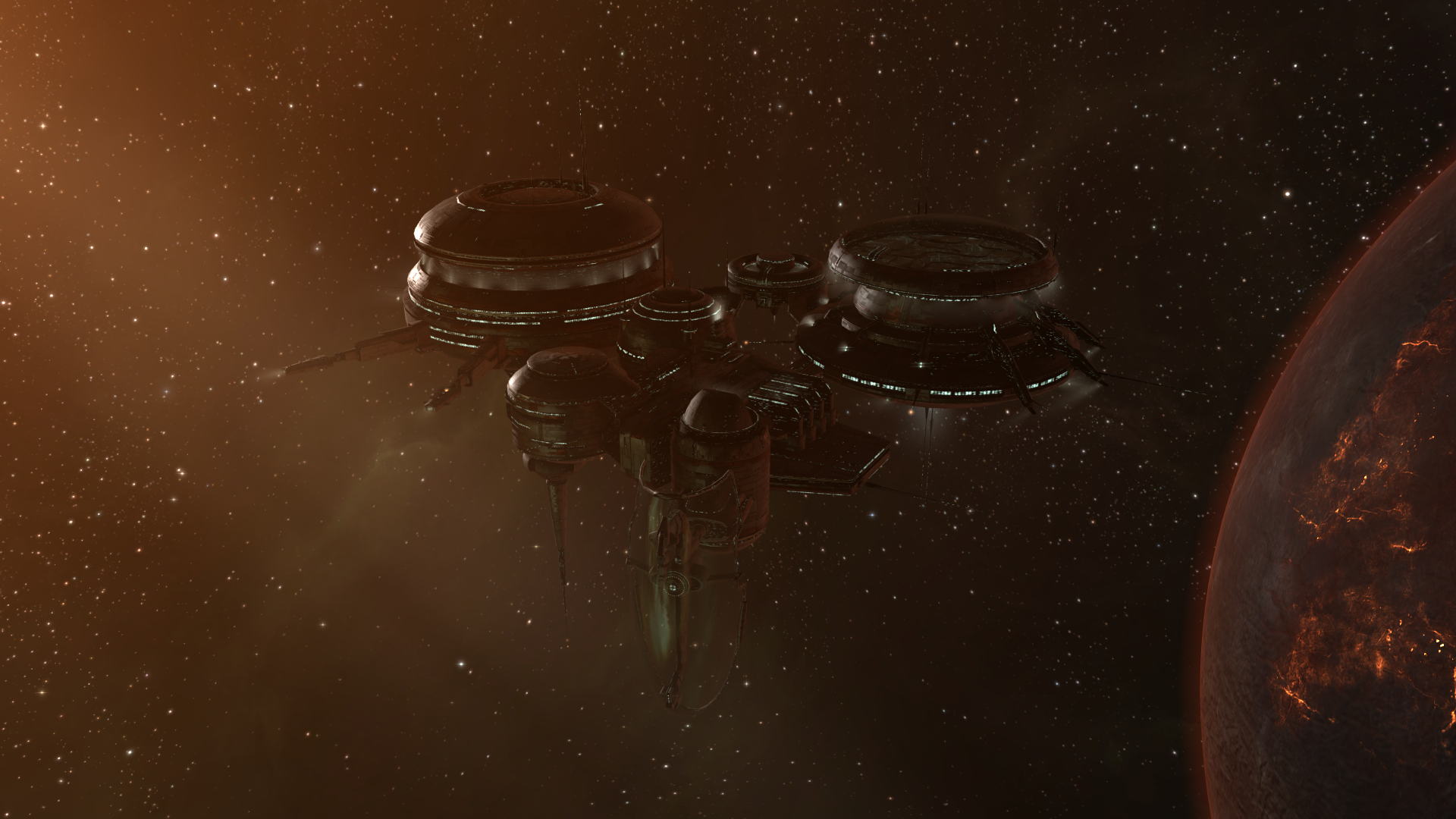 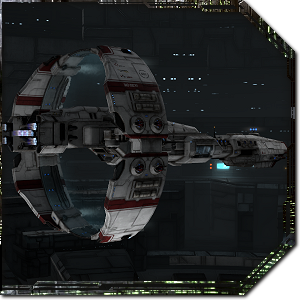 If there’s one thing EVE Online players are experts at, it’s exploiting the game mechanics to gain an advantage over their fellow players whenever possible. Back in 2010, a player named Zhek Kromtor gave us a glimpse into the potential of multi-boxing to disrupt PvP by roaming the game with his own personal wolfpack of 14 identical Drakes. The free account option would allow that kind of operation to be scaled up to any size for free as long as the player can control all of the accounts. While multi-boxing isn’t against EVE‘s terms of service, botting and multi-plexing (controlling multiple clients with the same mouse and keyboard) are bannable offences, and CCP has promised to step up its security in November to prevent it.

Suicide ganking in high-security space could rise when players have access to free disposable characters, and if it becomes a problem, then CCP may restrict free players so that they can’t switch their weapon safeties off and fire at other players in secure space. Other areas of the game that need some serious investigation to prevent abuse include sources of largely passive income, which could be scaled up rapidly with free accounts. Free players will not be able to participate in planetary industry and won’t have access to research agents, but other types of gameplay such as mining are slow enough that a player could manually control dozens of accounts at once.

The most serious abuse case predicted so far is in Faction Warfare, where it’s currently possible to farm defensive complexes for valuable loyalty points with very little effort. Players can use cheap disposable frigates for this and either run away when someone approaches or just get blown up and lose almost nothing in the process. Developers are considering imposing a limit on the number of free character logins per computer to make these kinds of abuse cases more difficult to execute, but they don’t seem to think it’ll even come to that. The strategy here seems to be to make free characters inefficient compared to subscribed characters so that you can’t control enough of them to be worth the effort without botting or multi-plexing, both of which are against the EULA.

I’ve argued before that EVE Online would benefit from a hybrid free-to-play model that allows free players to engage in the social side of EVE and have limited access to gameplay, allowing them to stay connected to the world during periods of low activity. The success of this model will ultimately depend on how those limitations are implemented and how well the game is policed for abuses of the free account system.

If it works as expected, free accounts could be a huge boost to EVE Online‘s population and provide a ton of emergent content. We could see alpha-clone-only corporations taking and holding territory, ad-hoc fleets of hundreds of ships swarming through the game like locusts, and significant market shifts as the free accounts need to be supplied with tech 1 frigates and cruisers. The one thing we know for sure is that November’s expansion is going to change EVE Online forever.